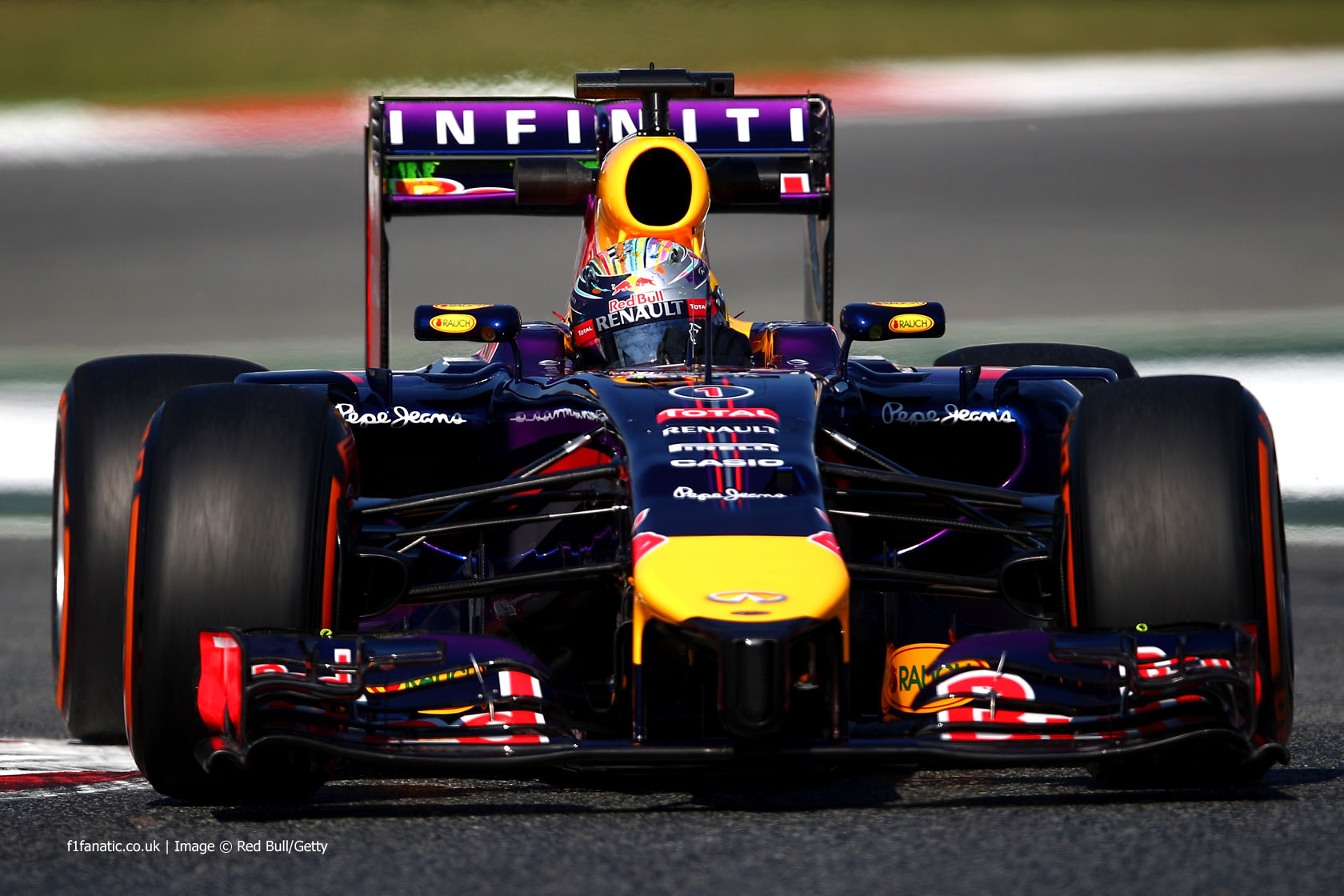 Sebastian Vettel is set to be moved back five places on the grid for the Spanish Grand Prix.

Red Bull confirmed the gearbox in his car will have to be changed after it failed during today’s qualifying session.

Drivers are required to use the same gearbox for six consecutive events. Therefore Vettel will automatically receive a five-place penalty which will move him back to 15th on the grid.

Vettel said he lost second gear immediately after leaving his garage but believed he could do a lap without it – only for the other gears to fail shortly afterwards.

“I left the garage for Q3 and lost drive in second gear,” he said. “I still had third gear and above so we thought we could do the lap with that, but by turn one I had lost all the other gears, so we couldn’t continue.”

It’s the second technical problem this weekend for Vettel, who missed almost all of yesterday’s running while a faulty wiring loom was replaced on his car.