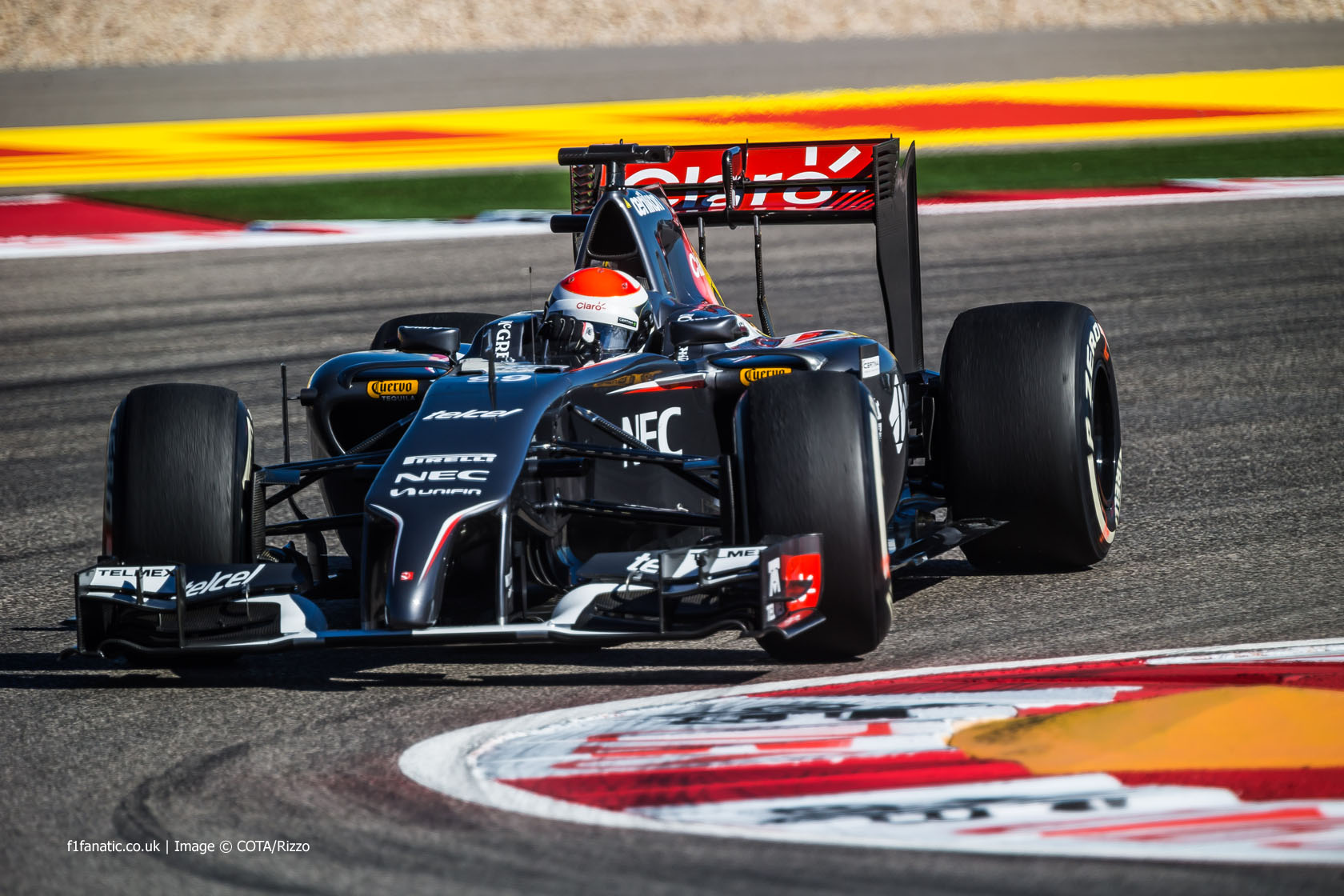 Adrian Sutil cast doubt on whether Sauber will compete in 2015 after the team announced a change in driver line-up which leaves him without a seat for 2015.

Sauber has confirmed Felipe Nasr as their second driver alongside Marcus Ericsson for next year. That leaves Sutil, who joined the team from Force India this year, without a drive.

Asked during today’s press conference whether he originally had a two-year contract with Sauber, Sutil said: “There are certain things to talk about definitely, yes.”

“So there’s no real change from last weekend to this weekend. It’s just an announcement and now of course my situation I think I have to do some talking to sort out the things.”

Nasr joins Sauber from Williams, where he was a test driver. Felipe Massa, who made his F1 debut with Sauber, endorsed Nasr’s move but was also pessimistic over the team’s future.

“I hope the best for him,” said Massa. “Definitely is not a great moment for Sauber so I don’t know exactly how it’s going to be next year, his team. I don’t know which car and how competitive they can be, looking that they suffer a little bit of crisis and a crisis is not good for everything you’re doing.”

“But anyway I hope the best for him and I hope he can have a good start and a good experience being in Formula One for a long time, not just a few years.”

Sutil expressed doubt over whether he will be able to find a seat next year. “At the moment I don’t know,” he said. “Maybe. Formula One is unpredictable. But as I said there’s a few things to sort about first and the team has to comment the rest.”