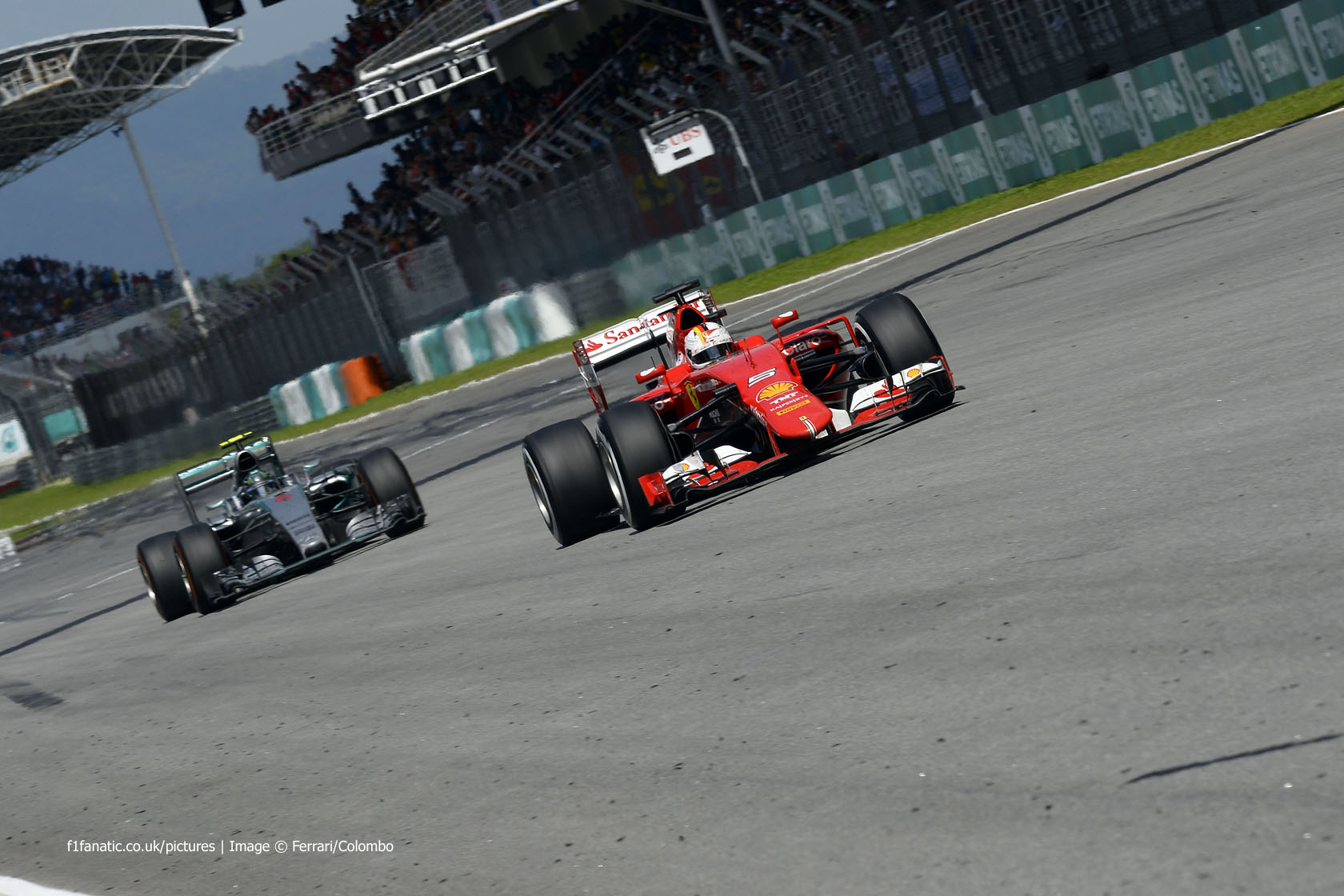 Vettel held second place at the start between the Mercedes of Lewis Hamilton and Nico Rosberg, but both the silver cars pitted during an early Safety Car period. Vettel stayed out, and by running a long first stint was able to make just two pit stops.

The Mercedes pair had to come in three times, and didn’t have the pace to make up the time lost in the extra pit stop. Hamilton was also forced to keep using the hard tyres, having used up his medium tyres during qualifying, while Vettel used another set for his second stint.

But the Ferrari was also far stronger at Sepang – a fact underlined by Kimi Raikkonen’s recovery from 11th on the grid and a first-lap puncture to finish fourth.

The Red Bulls struggled – Daniel Ricciardo’s car ran hot and Daniil Kvyat was tipped into a spin by Nico Hulkenberg. Kvyat came home ninth ahead of his team mate.

Neither McLaren driver finished the race but the sole Manor of Roberto Merhi saw the chequered flag, albeit three laps down in 15th position.

177 comments on “Vettel and Ferrari beat Mercedes in Malaysia”