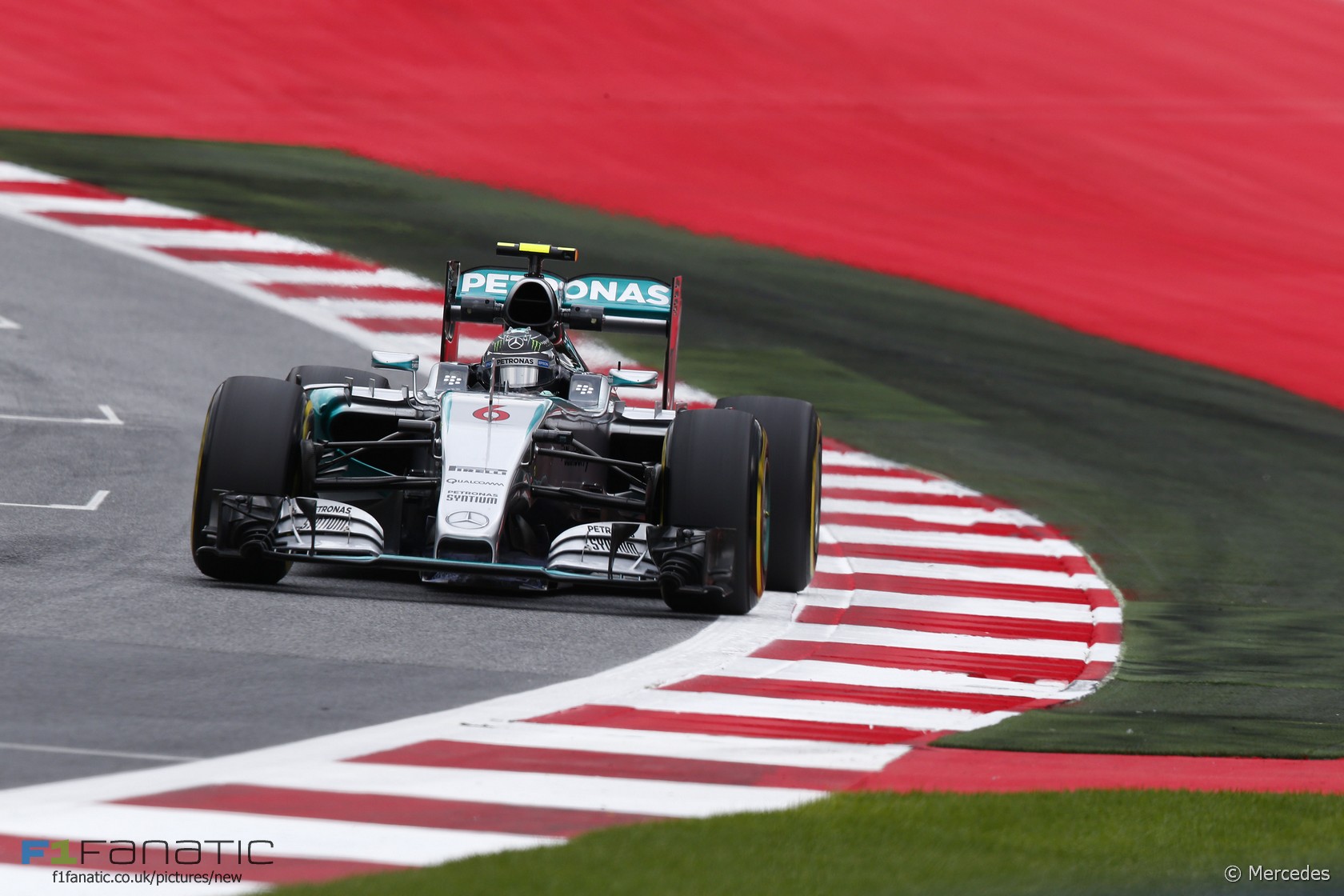 Austrian Grand Prix winner Nico Rosberg kept Mercedes on top of the times sheets as the teams enjoyed better weather on the second day of running at the Red Bull Ring.

Rosberg lapped within seven-tenths of a second of team mate Lewis Hamilton’s pole position time at the track on a day that was mostly dry with occasional light showers.

Esteban Gutierrez was the only other driver to lap below the 70-second mark but the Ferrari was over eight-tenths of a second slower than Rosberg’s Mercedes.

It was a productive day for McLaren as Fernando Alonso lapped marginally quicker than McLaren managed during the race weekend. Alonso, who retired on the first lap of Sunday’s race, was running the revised nose McLaren introduced for the weekend as well as other new bodywork components.

Yesterday’s pace-setter Pascal Wehrlein traded his Mercedes for a Force India, where the team continued work on their upgrade package which is due to make its debut at the British Grand Prix.

Daniel Ricciardo ended the day seventh-fastest for Red Bull following a lengthy interruption in the middle of the session for a set-up change, and an early stoppage due to a brake problem which he said “wasn’t a major issue”.

14 comments on “Rosberg keeps Mercedes ahead in Austria”