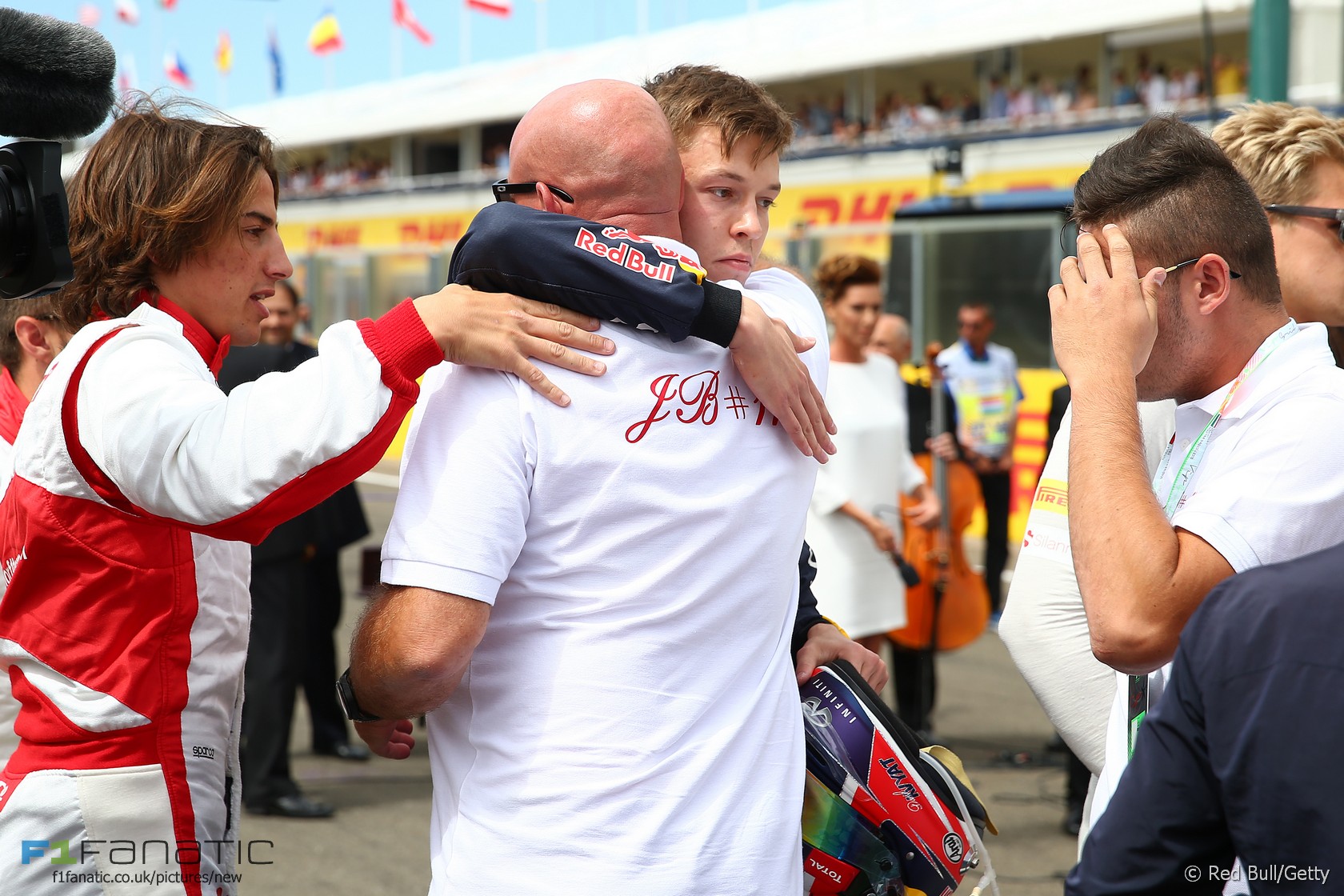 In the round-up: Red Bull team principal Christian Horner says Daniil Kvyat found it difficult to focus on his race after the tribute to Jules Bianchi during the build-up to the grand prix.

"The tribute to Jules (affected) quite a lot of drivers’ heads – Danny in particular found it quite tough. I think it took him a few laps to settle down and get into the race."

"I am sure we will try absolutely everything and try to make the impossible possible."

"This was more of a return to what we hoped for from the weekend, with an additional bonus thrown in by the difficulties of the people in front of us."

"There have been many times this year when we feel we had more speed than we have been able to show because we were stuck behind another car and not been able to overtake."

Mercedes need to sort out their starts (Reuters)

"We need to get on top of the situation. It is not acceptable and it needs to be analysed why it happened. It is many various reasons, not one particular one."

"I’m doing my lessons in the summer break and then will take my test around my birthday in September."

"I don’t think he’s actually lower. He’s not any lower on the legality diagonal, but his physiological head size where it sits and his eyes compared to the top of his head and all the rest of it will be slightly different."

"Hungary saw the final update to what effectively amounts to a B-spec version of the MP4-30 introduced at the British round by McLaren - a small twisted fin under the mirror, to better channel airflow to the rear of the car."

"Button’s problem was caused by an electrical problem on the back of the steering wheel, Alonso’s by a disconnection in the wiring loom. The practices had suggested they might even have been vying for a position in Q3. Into turns eight/nine they were among the very quickest – but the absolute slowest out of nine."

This video gives a great impression how much quicker the Ferraris were off the grid than the Mercedes https://t.co/4ASYJyJVWz #F1 #F1F

It's Monday so it must be the Williams FW33 at Barcelona along with other toys to thrash around 😁 pic.twitter.com/T4Bwx4UpYa

Kvyat may have scored the best result for a Russian driver in a world championship race, but there were pre-championship Russian race winners:

There were (if I’m not mistaken) three Russian drivers who have won a Grand Prix. The first one was Pavel Belyaev, who won the first Grand Prix held in Russia, in 1898. In fairness, there was only one non-Russian starter, but nonetheless Belyaev completed the 41 km quickest, in a time of 93 minutes.

The second driver is Georgy Suvorin, who won the inaugural Russian GP of 1913, driving a Benz. The GP was held on a street circuit in St. Petersburg, which was unusual at the time. It was so unusual, that several competitors stopped after one lap, since they hadn’t quite understood the race would last seven laps, instead of just one.

And finally there was Boris Ivanowski, winning the first Irish Grand Prix in 1929. He was quite a well-known driver in his time, winning the 1928 Spa 24 Hours and finishing second at Le Mans in 1931.
@Andae23