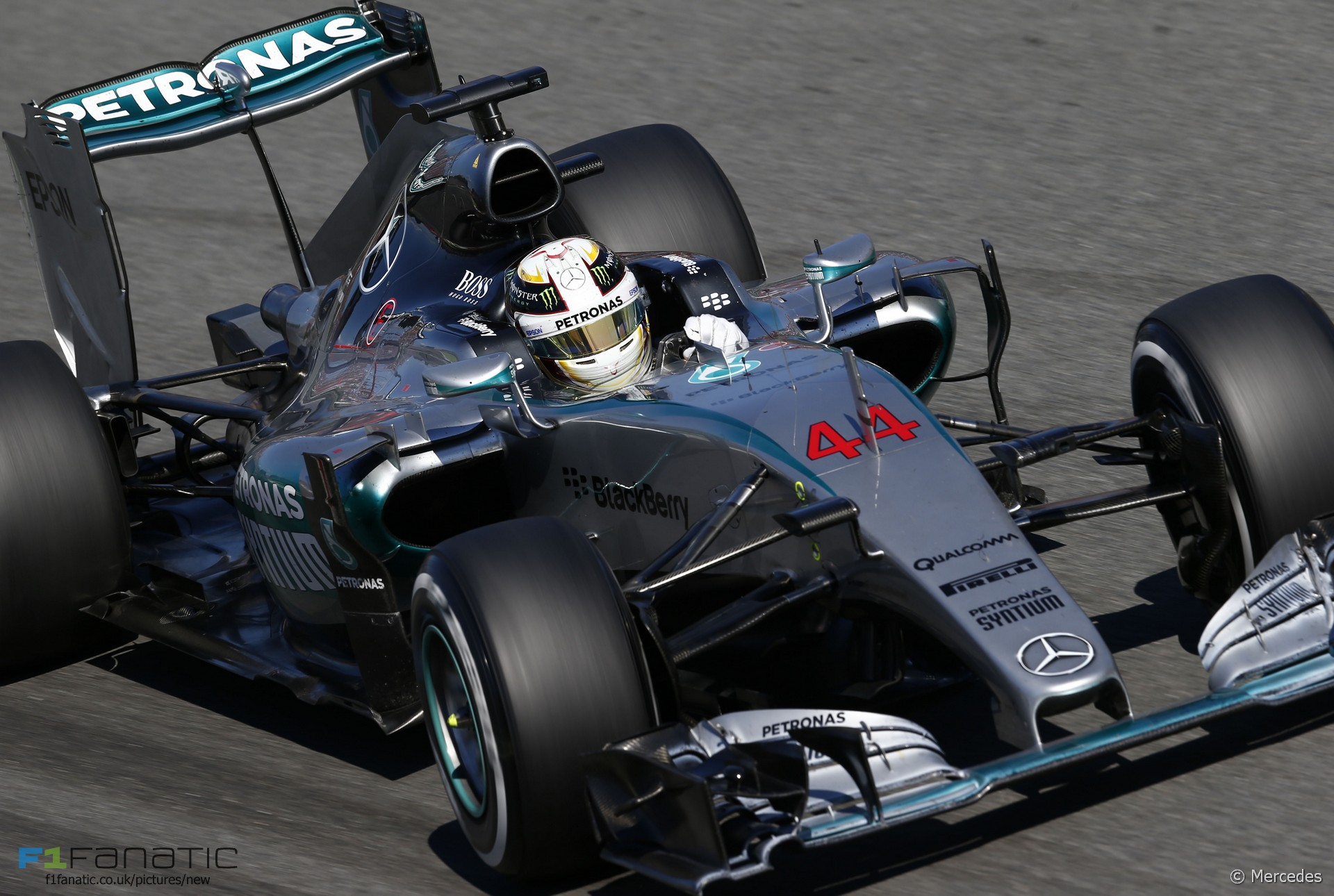 In the round-up: Mercedes’ new power unit is believed to have gained them three-tenths of a second per lap at the last race.

"If you add that 160bhp deficit on to where the ICE is lacking compared to Mercedes (which is widely believed to be around 80bhp) that leaves Honda facing up to a scenario where it needs to find 240bhp if it going to match the best."

McLaren-Honda's woes, progression and where they might go from here (SomersF1)

"The problem with this is that the MGU-H isn't doing any meaningful recovery, be it lower in the rev range or higher up."

"It would also mean Red Bull, which has cut ties with Renault from next season, could use Ferrari power without posing a major threat to the works team."

"We won four world championships and 50 grands prix as a customer, so I don't see why not. I think it's just a different solution."

Never mind the dyed hair, tattoos and lifestyle, Lewis Hamilton is a genuine great (The Independent)

"In the early days at McLaren, Hamilton was seen as some kind of privileged prodigy, overly packaged in the McLaren fashion, rolling out scripted drivel in the service of the team’s blue-chip sponsors."

The haze here in Singapore. You can juuust see the flyover & Marina Bay Sands behind pit lane #F1 #SingaporeGP pic.twitter.com/iITO2S6stj

It is definitely getting clearer out there. Let's hope the trend continues towards the weekend #F1 #hazephase pic.twitter.com/xxZIlCjl0s

We would love to return, but the way F1 is run commercially we would be signing up to financial ruin in a few years. https://t.co/EwqqGfCgpw

Forgot how fast karts are! Had a good weekend in Le Mans at the world champs. Being a spectator is a little weird but nice to have the pressure off for a change 😉

A little something I’ve been working on with @Bose & @spinzbeatsinc… Stay tuned for tomorrow’s release! #BetterNeverQuits

Is open cockpit racing inevitably facing its demise? Or is this an immutable part of Formula One, however dangerous it may be?

This has proved one of the most fascinating and well-argued debates we’ve had on the site recently, and its clear reader opinion is split right down the middle. Add your vote to the poll and join in the discussion here:

Here’s a sample of some of the views put forward on each side of the discussion:

I used to be strongly opposed to closed cockpits on the grounds that open-head racing has been a signature of F1 since its inception. But I have to accept that is a purely sentimental reason, and should be trumped by considerations of safety – drivers aren’t gladiators and we don’t go to races to see people get hurt.

The issue for me is whether closed cockpits would introduce other, new, safety issues. I certainly don’t think you could just pop a plexiglass bubble on the current cars and say ‘job done’. Introducing closed cockpits would have to go hand-in-hand with a thorough investigation of F1 car design and the regulations that drive it.
Charles King (@Charleski)

For me, it is completely emotional. I raced open wheelers for three years and gladly accepted all risks. Granted, my category was much slower than F1 but I have had another car’s wheel pass by me.

It is what it is. Call it tradition, call it what you will. I will always want to watch open cockpit race cars and I can’t explain why. To me, putting a cockpit on an F1 car is as ridiculous as enclosing a MotoGP motorcycle. It is what it is and if you don’t like it, go race something else or make a different category. Seriously, why do we have to keep reducing the risk of everything? This world is becoming way too soft. That’s my opinion. If a driver dies, it’s bad, but people die every day doing mundane things like walking to the shops or falling off a ladder.
John Cousins (@Drone)

A postponed Belgian Grand Prix took place on this day 30 years ago. The 1985 race was delayed due to a problem with the track surface. Ayrton Senna scored his second F1 win in a wet-dry race.

Senna took the lead from pole sitter Alain Prost at the start and was never headed after then.