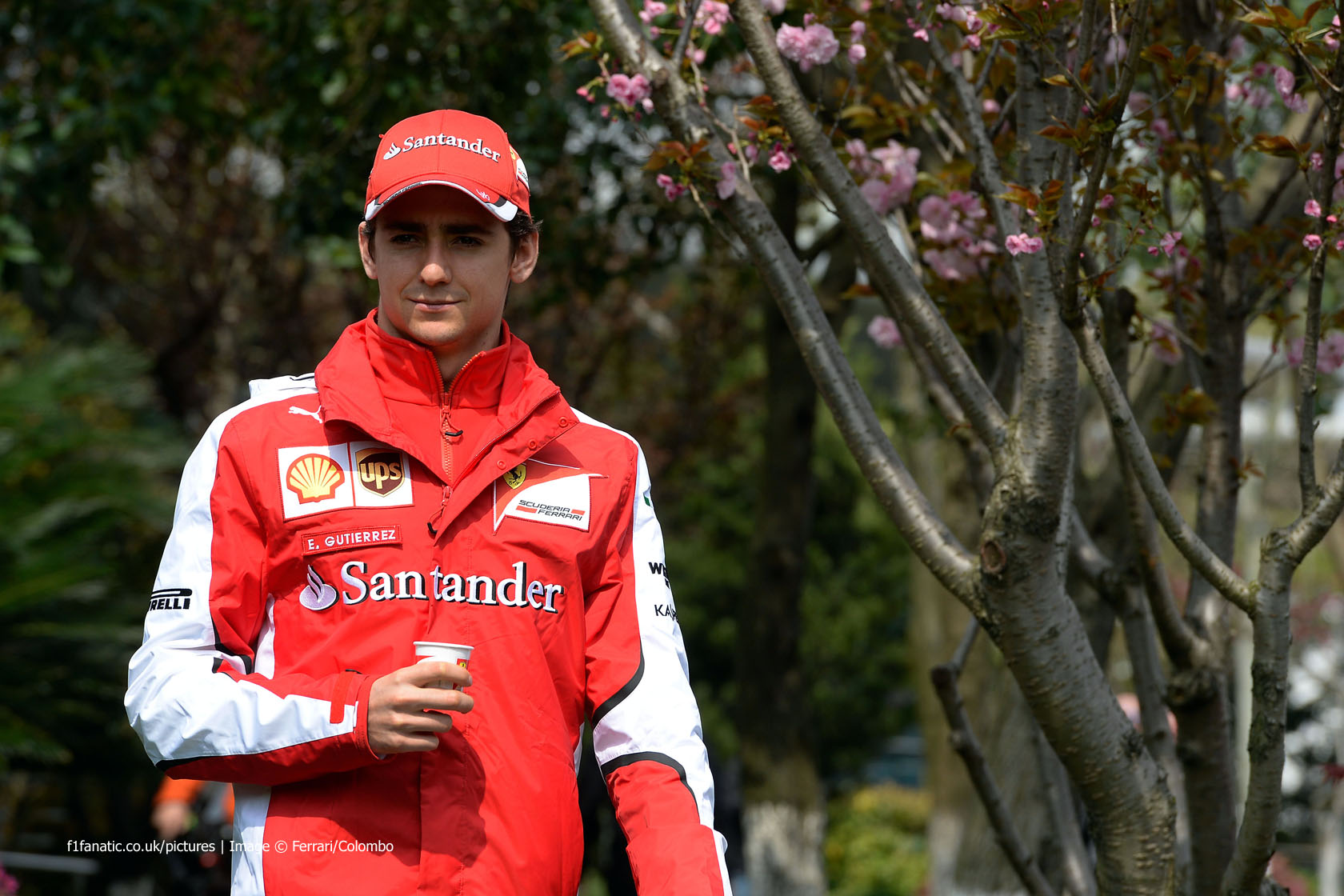 One word seemed to sum up the reaction to the news of Jolyon Palmer and Esteban Gutierrez landing F1 seats for 2016: indifference. It’s hard to remember a ‘silly season’ which involved such a small number of driver changes which were greeted by such apathy.

“Rubbish”, “mediocre” and “pay-driver” were a selection of the terms applied to Palmer by readers here (contrasting the view of many journalists who cheered the “well deserved”, “great news”). Gutierrez’s appointment was called a “waste of a seat” for an “uninspiring” “also-ran”.

Is this fair? Both drivers are past champions of F1’s preferred feeder categories: Gutierrez took the inaugural GP3 title in 2010 and Palmer claimed the GP2 crown last year – he was also one of your choices for the alternative 2015 F1 grid.

Neither is an easy fit for the term ‘pay-driver’, as both demonstrably have talent as well as the benefit of substantial backers. Gutierrez is the product of the Escuderia Telmex scheme which brought Sergio Perez into F1, while Palmer is the latest addition to the gang of second-generation Formula One drivers.

His father Jonathan Palmer drove for a succession of back-of-the-grid F1 teams in the eighties. At Brands Hatch in 1986 Palmer, previously a practising doctor, came to the aid of stricken rival Jacques Laffite when he suffered serious leg injuries in a first-lap crash. Eighteen years later Palmer bought the circuit along with three other UK tracks, and went on to launch the FIA’s short-lived Formula Two championship

Jolyon competed in the inaugural 2009 season and the following year finished runner-up to champion Dean Stoneman. It’s true most drivers would struggle to assemble the budget for four seasons of GP2 – plus a reported quarter of a million pounds per practice session at Lotus this year – but Palmer has delivered on that investment, beating Felipe Nasr to the GP2 title last year and impressing Lotus with his testing runs.

Gutierrez is getting something even fewer racing drivers enjoy: a second chance at Formula One. Having occasionally impressed in his 2011 GP2 debut, his return the following year was a disappointment and he trailed rookie team mate James Calado most of the way.

His promotion to Sauber the following year was too soon, the car was uncompetitive for much of the year and in Nico Hulkenberg he was up against a fast rival with much to prove who utterly routed him. It got worse in 2014 as the team struggled with an uncompetitive Ferrari power unit and a heavy chassis. A testing role at Ferrari beckoned when Sauber let Gutierrez go at the end of the year.

Limited testing makes Formula One is a tough discipline for inexperienced drivers these days. While the likes of Max Verstappen and Carlos Sainz Jnr can grind out thousands of laps on the Red Bull simulator, Sauber does not have one, which left Gutierrez at a disadvantage.

Felipe Massa had a ragged debut season with Sauber, spent a year testing with Ferrari, and came back having added discipline to his natural speed. He went on to become a race winner and championship contender. Gutierrez has had the opportunity to do the same over the past 12 months, and his comeback next year with Haas will reveal whether this rough diamond can also be polished.

Intriguingly, Palmer and Gutierrez will be going up against current Lotus team mates Romain Grosjean and Pastor Maldonado next year. Gutierrez will have to contend with Grosjean’s formidable one-lap pace while Palmer is up against a race-winner with a reputation for recklessness.

It’s not hard to see why many would like to see drivers like dominant GP2 champion Stoffel Vandoorne and similarly dominant Formula Renault 3.5 champion Oliver Rowland get a break in F1. But with only Manor’s seats yet to be accounted for, and none of F1’s elder statesmen heading for retirement at the moment, opportunities are thin on the ground this year.

And with the smallest teams facing severe economic pressures resulting from decisions taken by those running the sport, those opportunities will inevitably go first to those who are funded as well as fast.

72 comments on “Palmer and Gutierrez: The indifferent choices?”