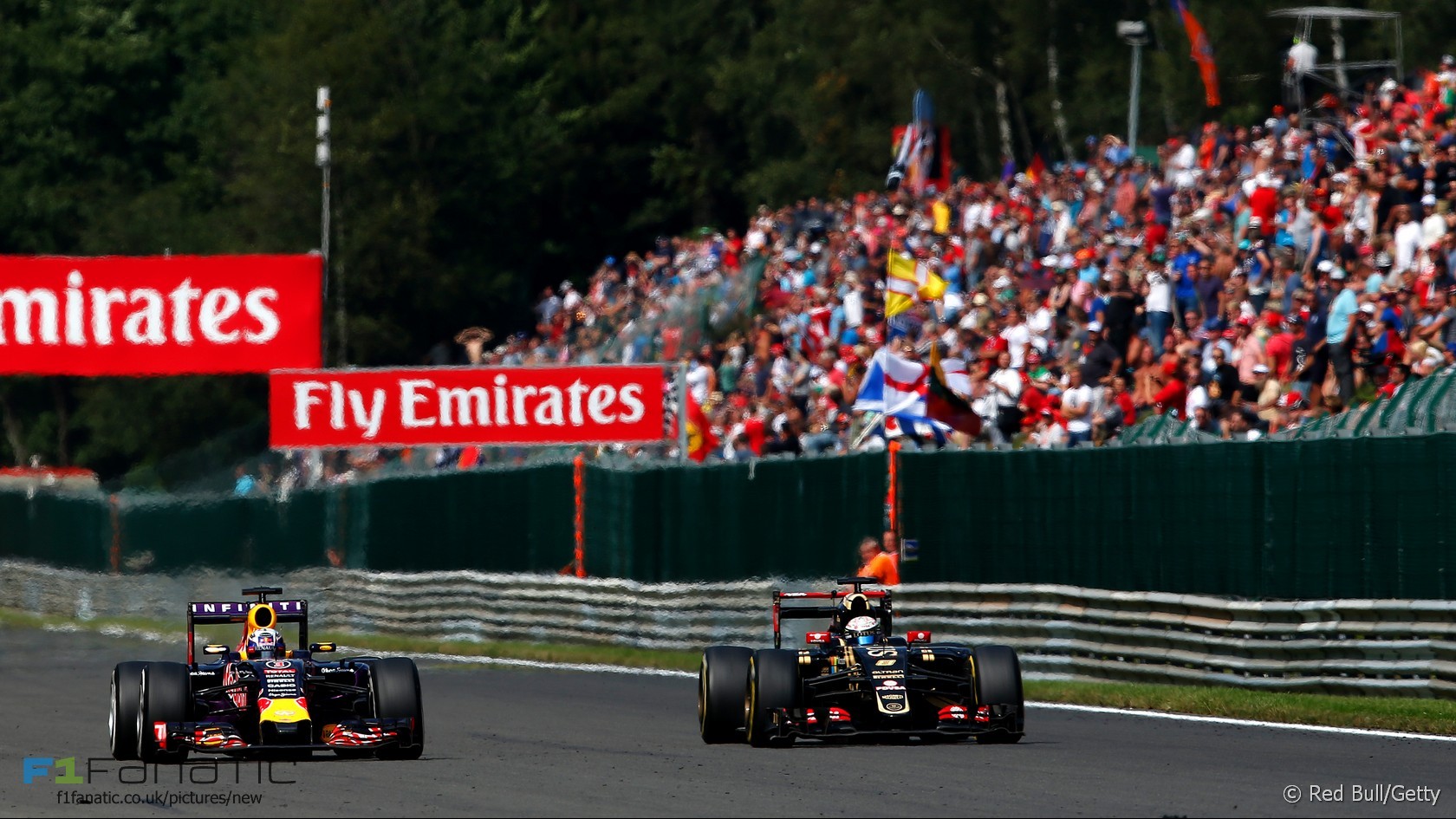 "If you are in a circuit or watching on TV, you can't see the speed anyway. What you can see is overtaking and battles, and that is really what people need."

"Sutil attended all the flyaway races with Williams in 2015, while waiting at home on standby for European events. Although he sampled the car in the simulator he never actually drove the FW37 on track."

"What Gene meant is that our chassis is different in construction than the Ferrari and we've had more time to work on it. But that fact is that right now it’s merely a guess as to where everyone stands."

"Bernie Ecclestone is keen on initials for teams that do not have a strong heritage, and in the past persuaded the Hispania Racing Team to run as HRT, and Midland to run as MF1 Racing."

Red Bull face a €30,000 fine for failing to obtain the proper permits for Max Verstappen's recent show run on a ski slope.

Ask Goodwin - Will you be changing your old-fashioned views on motorsport? (Evo)

"How can I sit in a roomful of young journalists and be in raptures over the news that Jaguar is entering Formula E when I remember Jaguar Group C’s days? How can I pretend that I find modern Formula One exciting when I’ve sat in the stands at Old Paddock at Brands Hatch and watched Mansell, Senna, Piquet and co braking from 170mph and turning into one of the most tricky and dramatic corners on any racetrack?"

After almost 14 years I waved goodbye to F1. Not always a smooth ride, but what an amazing journey!

Kindly, @F1antics also said they didn’t include F1 Fanatic in this criticism, but I think there’s something to be said for this point of view on F1’s falling popularity:

I think it’s polls like these that add to the feeling of dissatisfaction. Media of all kinds, including social media, have raised and are now perpetuating topics like “what’s wrong with F1”, “how to fix F1” etc…

Of course fans, or potential fans, are then going to start questioning the sport and start contributing to the debate. Sure, everyone wants to be an amateur doctor and try to understand the symptoms and come up with a cure, but was there a real problem in the first place, back when all this started?

Did this sense of dissatisfaction coincide with the rise of Twitter, i.e. did social media fan the flames, because people much prefer to complain than to praise? Did it arise from more and more F1 fans setting themselves up as “journalists”, because it’s easy to create a website but harder to get ‘hits’, so they’ll raise negative topics that attract the wrong kind of attention?
@F1antics

Join in the ongoing discussion here:

103 comments on “F1 should prioritise overtaking over performance – Pirelli”