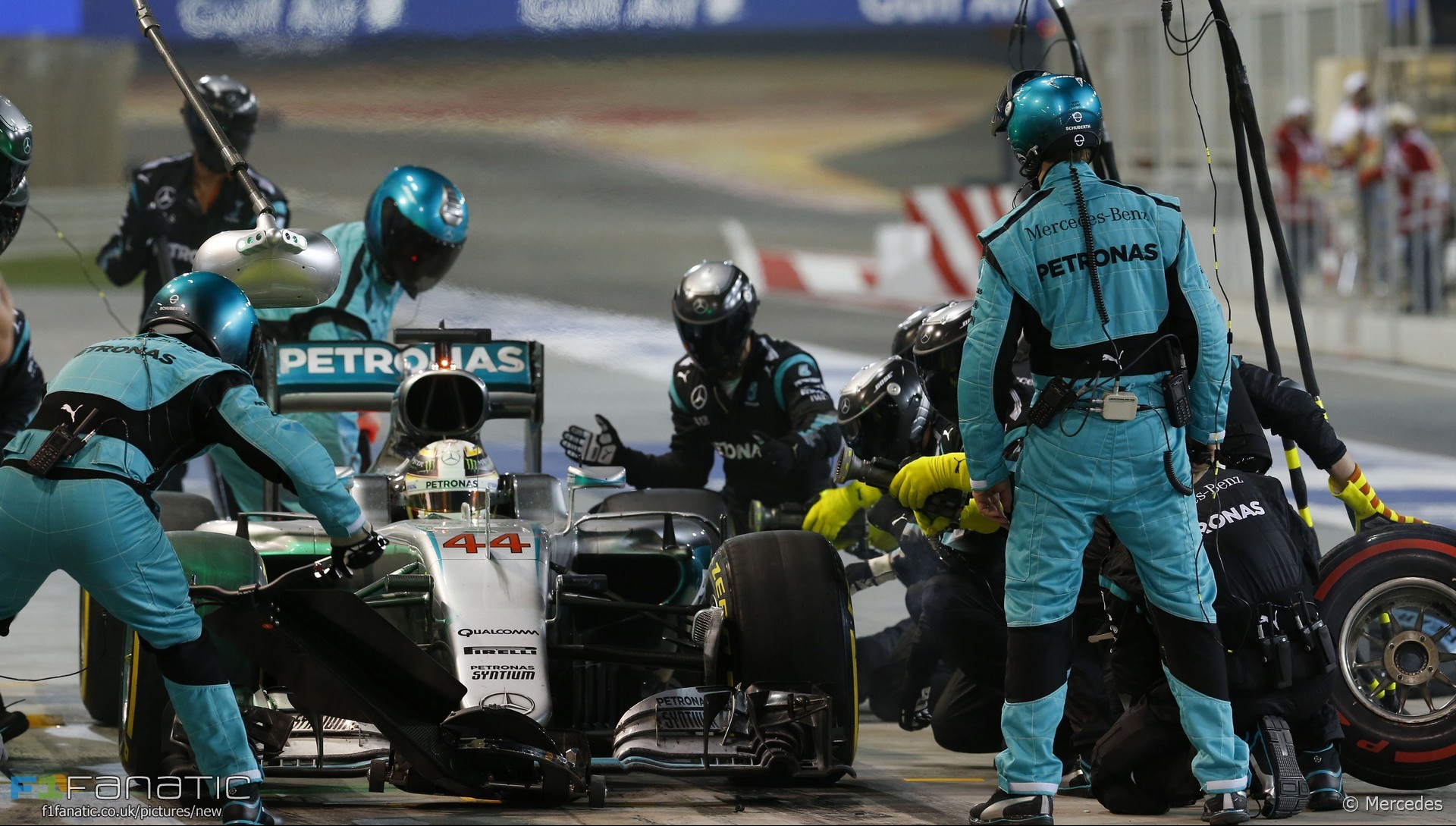 The 2015 season ended with Mercedes running first and second for almost every lap of the final three races. Compared to that, the opening two grands prix of the new season provided some welcome variety – even if they yielded similar results.

Ferrari were genuine contenders for victory in Melbourne and could have been in Bahrain as well. And there was plenty going on elsewhere in the races too: The action came thick and fast in the midfield last Sunday with positions changing in the points places up until the final lap.

What was the key to this welcome disruption of what had become an underwhelming spectacle? Could it be the complex, much-maligned new tyre rules?

One of the paradoxes of Formula One is that while close competition and overtaking are widely appreciated, they are contradictory goals. Close competition means cars which have similar performance, yet for one to overtake another it needs a clear performance advantage.

Having cars running on different tyre compounds which degrade at different rates goes some way towards solving that problem: A Toro Rosso on super-soft tyres might pass a Force India on softs, for example. In theory the new tyre rules should increase variety in strategies and therefore improve the prospects for overtaking.

Bahrain gave plenty of evidence that this has happened. This year and last 17 drivers saw the chequered flag but 12 months ago they used just five different strategies compared to fourteen on Sunday.

Not only were there more strategies in play, but the addition of a third compound meant there was a greater range in performance between the available rubber. And as it was a softer option than the teams had available last year it encouraged more aggressive strategies.

So we saw Grosjean pushing hard from the off by running three stints on super-softs. Up ahead Williams found themselves in second and third after lap one but opted for the medium compound and were easily overhauled by their rivals.

The new rules seem to have worked which is an encouraging development, particularly at a time when the sport is heaping ridicule on itself after unnecessary changes to the qualifying format were forced through. Those who insist consensus, discussion and democracy can only fail in Formula One should note that’s exactly how the new tyre rules came about.

But it’s to soon to call the them an unqualified success, for several reasons.

There are other changes at work in F1 this year which have also shaped the quality of racing. Chiefly the increase in the number of cars (more competitors means greater potential for action) and the fact that the field is more competitive as a whole than last year. Last year 20 cars were covered by 7.2s on the grid in Bahrain – this year 22 cars were covered by 4.9s.

Other new-for-2016 rules may also have contributed. In the first two standing starts of the year some drivers got away brilliantly while others struggled, a consequence of the new clutch restrictions. Tighter rules on what can be said on the radios has presented drivers with another challenge.

But the real test of the new tyre rules will be whether it continues to present a challenge to strategists. As we have seen before, teams adapt quickly to new rules which could mean we soon stop enjoying the kind of variability seen in Bahrain.

The reintroduction of in-race refuelling in 1994 is a good example: after a couple of seasons teams had largely sussed the nuances of refuelling strategy and it stopped producing surprise developments.

In the case of the 2016 tyre rules, there is a particular reason to be wary of this happening. In Australia and Bahrain teams had to use tyres they had chosen before they’d even run their new cars in testing. This will inevitably have involved a degree of guesswork which helped produce unpredictability.

But by the Spanish Grand Prix teams will be using tyres they selected with the benefit of far greater knowledge about their cars. The real test for F1’s new tyre rules will come then.