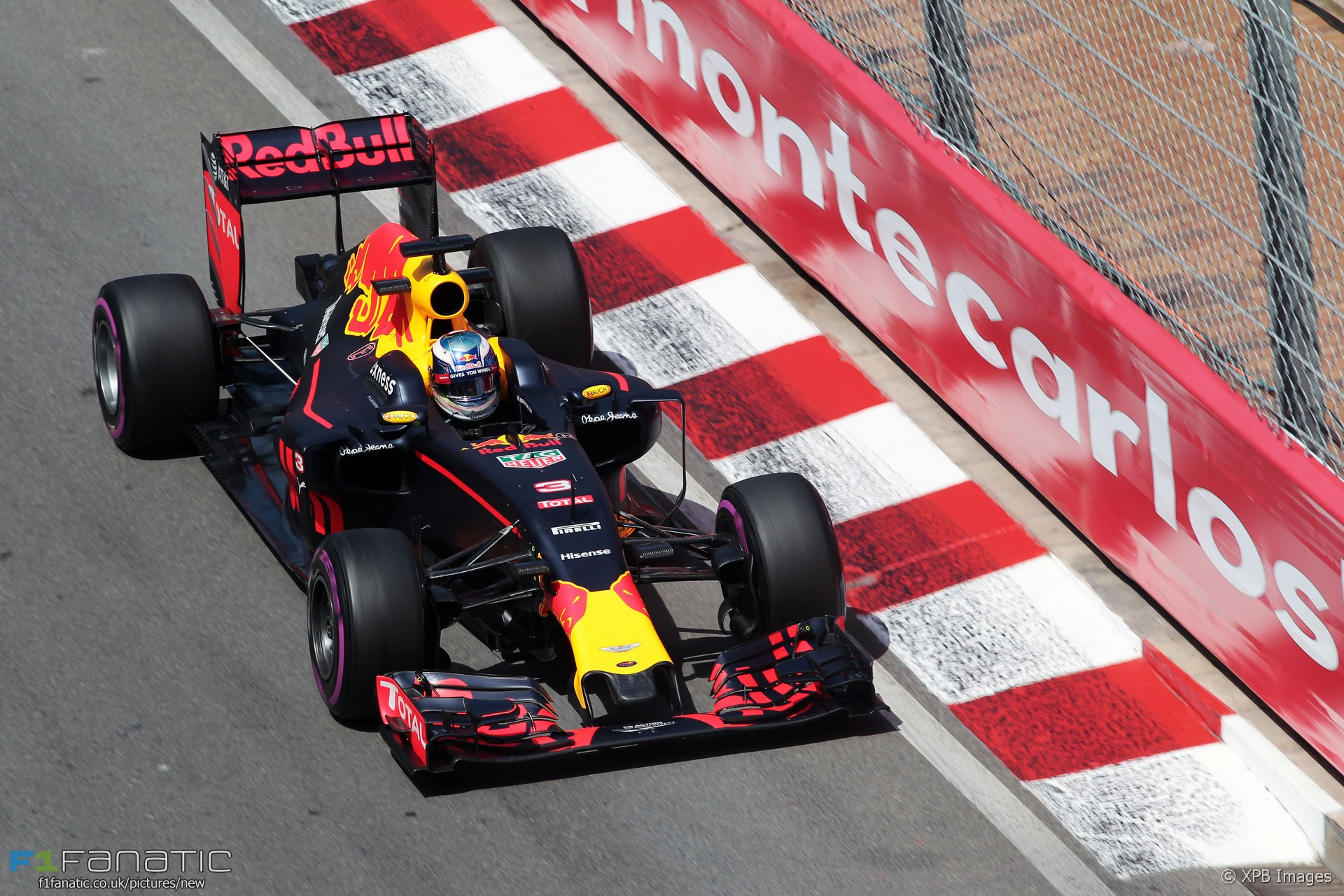 Daniel Ricciardo has taken his maiden pole position in Monaco after beating both Mercedes drivers in an eventful qualifying session where Max Verstappen dramatically crashed out of Q1.

The Red Bull driver was elated on team radio after pipping Nico Rosberg by a tenth of a second to secure the first pole of his career. Lewis Hamilton secured third after an engine scare in Q3 while Ferrari’s Sebastian Vettel was almost a second adrift in fourth.

Ricciardo is also at a strategic advantage for tomorrow’s grand prix, having set his quickest time in Q2 on supersoft tyres, which could prove crucial should the race prove dry.

Almost as soon as qualifying began, the red flags were waved as Felipe Nasr’s Sauber began to billow white smoke from the rear on the exit of the tunnel. There was a brief stoppage as the stricken Sauber was cleared.

As the session resumed, all drivers ventured out on the new ultra soft tyres, except for the Force India pair of Hulkenberg and Perez. Lewis Hamilton set the early pace with a 1’14.826, before Sebastian Vettel shaved two tenths off the Mercedes’ time with his first timed lap.

Max Verstappen was the last driver yet to set a representative lap time, but destroyed both his Red Bull and his chances of strong points from this weekend as he clipped the inside barrier on the exit of the Swimming Pool, sending his RB12 straight into the outside wall.

The red flag was immediately flown again, ruining the laps of a number of driver – most notably that of Fernando Alonso.

When the green flags flew once again, Kevin Magnussen was announced to be under investigation for ignoring the red light at pit exit – with replays confirming that the Renault crossed the exit line just after the red flag was shown.

With the back row of the grid already decided, the battle to make it into Q2 was between Renault and Marcus Ericsson’s Sauber, with Kevin Magnussen only just scraping through into Q2 by less than half a tenth from Ericsson with Jolyon Palmer a further three tenths off.

With Q1 showing that red flag stoppages were a constant threat, the teams wasted no time in getting their drivers to set competitive times early on in Q2.

Lewis Hamilton put in the fastest lap of the weekend to date – a 1’14.056 – to secure his place in the pole position shootout, with team mate Rosberg almost half a second off.

Daniel Ricciardo made an interesting call to set his Q2 times on supersoft tyres, finishing the session three tenths off the pace and putting him on an different strategy for tomorrow’s race, should the race prove to be dry.

As often the case in Monaco, Williams struggled for pace once more. Valtteri Bottas and Felipe Massa visibly struggled for grip, with Bottas just missing out on Q3 by two tenths and Massa only setting the 14th quickest time.

There were mixed emotions for McLaren as Fernando Alonso secured his second consecutive Q3 appearance, while Jenson Button struggled to match the pace of his team mate and was eliminated in 13th position.

Esteban Gutierrez out-qualified his Haas team mate Romain Grosjean, while Kevin Magnussen was the last driver eliminated in 16th, but remains under threat of a post-qualifying penalty.

There was drama the moment the lights went green at the end of the pitlane when Lewis Hamilton reported a major loss of power on his way out of the pits. The world champion stopped his Mercedes before leaving the pitlane, allowing his team to push him back into the garage to attempt to fix the apparent problem.

Daniel Ricciardo was the first of the pole position contenders to attempt a lap and stunned the principality by posting a 1’13.622 – almost three tenths faster than Rosberg’s subsequent lap and a full second ahead of the Ferraris of Vettel and Raikkonen.

With his engine concerns apparently addressed, Hamilton only had time for a single run to attempt to snatch pole. But despite starting multiple laps, Hamilton only ran a fully representative time in the final minute of the session and was ahead in sector two before losing three tenths in the final sector to set the third quickest time.

Sebastian Vettel could not improve and was audibly frustrated on team radio as he finished the session fourth. Nico Hulkenberg put in a great lap to secure fifth ahead of Ferrari’s Kimi Raikkonen, who will receive a five-place grid penalty for changing his gearbox.