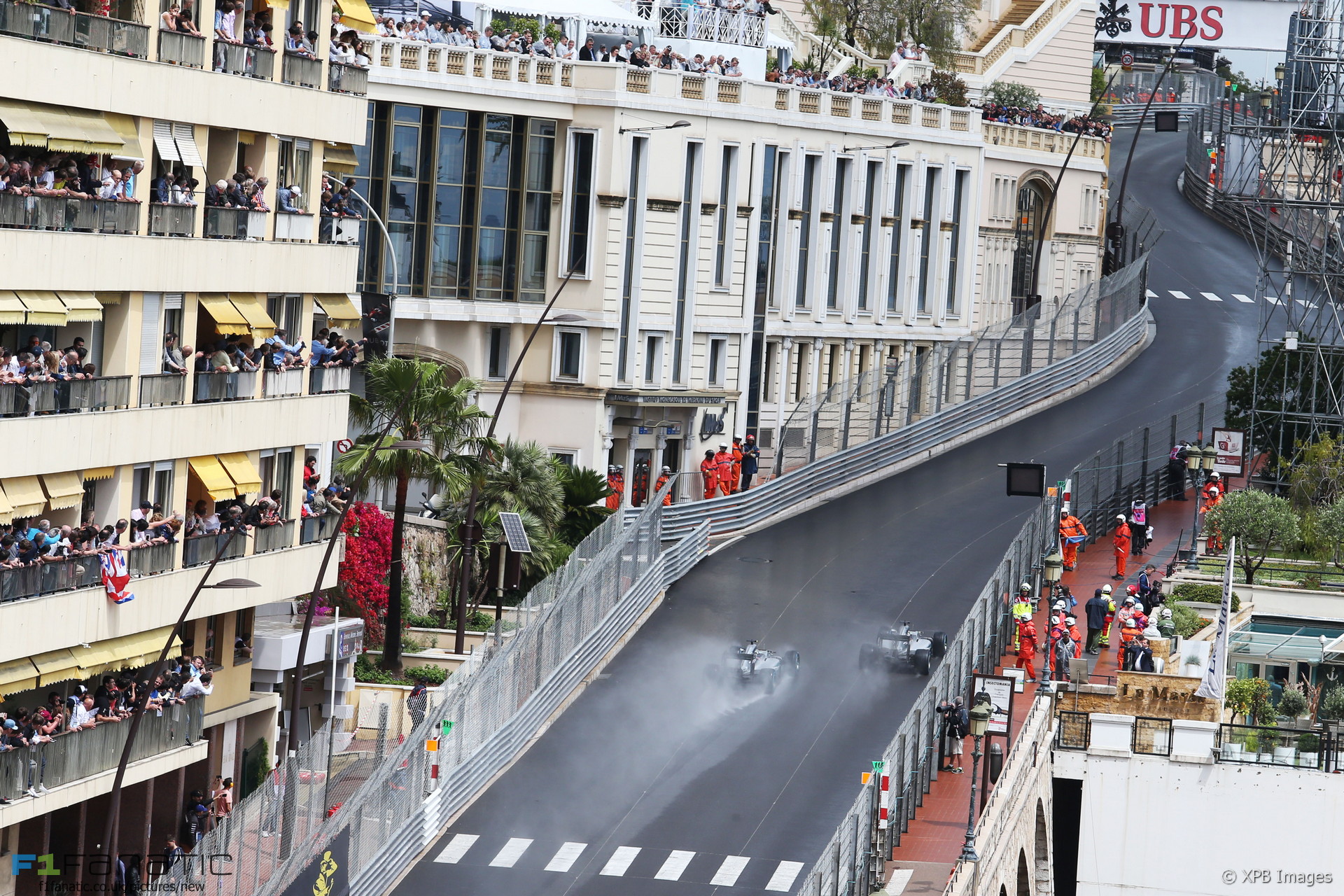 Nico Rosberg had gone 217 days without losing a point to Lewis Hamilton in the world championship. And he looked set to continue that streak as he led his team mate in the opening stages of last week’s Monaco Grand Prix.

But when the call came from the Mercedes pit wall to let Hamilton by Rosberg didn’t hesitate to comply.

Mercedes praised Rosberg’s willingness to let Hamilton through but it cost him dearly in the championship. His team mate went on to win the race, reducing Rosberg’s advantage over him from 43 points to 24.

World championships have been won by far less. Will Rosberg regret not being a bit more ruthless? Was he right to follow Mercedes’ team orders?

The drivers are the teams’ employees and they are expected to do as they’re told. Rosberg knows this well: he had to sit behind Hamilton for lap after lap in the closing stages of the 2013 Malaysian Grand Prix despite potentially being quick enough to pass his team mate.

Arriving in Monaco this yer, the pair had collided on the first lap of the previous race in Spain. And as the two Sauber drivers showed in Monaco, when one driver ignores a team instruction the consequences can be destructive.

Rosberg may have done as he’s told but his team mate hasn’t always done the same. In Hungary two years ago Hamilton was given a direct instruction to let Rosberg past and ignored it.

While there were different circumstances on that occasion it also showed a determination to win on Hamilton’s part which Rosberg seems to lack. All world champions need a team behind them but this selfish streak can be what separates the great from the merely good.

When the chequered flag fell on the Monaco Grand Prix Rosberg was over a minute and a half behind Hamilton. With that kind of performance disadvantage it was always likely Hamilton was going to get ahead of him through the pit stops one way or another.

So it’s possible to see Rosberg’s decision to let Hamilton go as a prudent call not to unnecessarily antagonise his team on a day when he simply wasn’t able to make the tyres work and was doomed to come out second best to his team mate. Particularly in light of the fact Rosberg is in negotiations to extend his Mercedes contract beyond the end of the year, though he has denied this had a bearing.

But in the final reckoning it’s hard not to see this as a perfect example of why even when Rosberg’s lead peaked at 43 points many people considered it an inevitability that Hamilton would catch and pass him. It’s hard to imagine Hamilton yielding under such circumstances, and it’s even more difficult to imagine him being so much slower than his team mate in a straight fight that it would become necessary to begin with.

I expect the world’s best racing drivers to give no quarter and grant none. Last weekend Rosberg put his hand up and volunteered to be a number two.

Was Rosberg right to put the team first? Will he regret his decision to let Hamilton by?

Do you agree Rosberg was right to let Hamiton pass him?

147 comments on “Was Rosberg right to let Hamilton pass?”