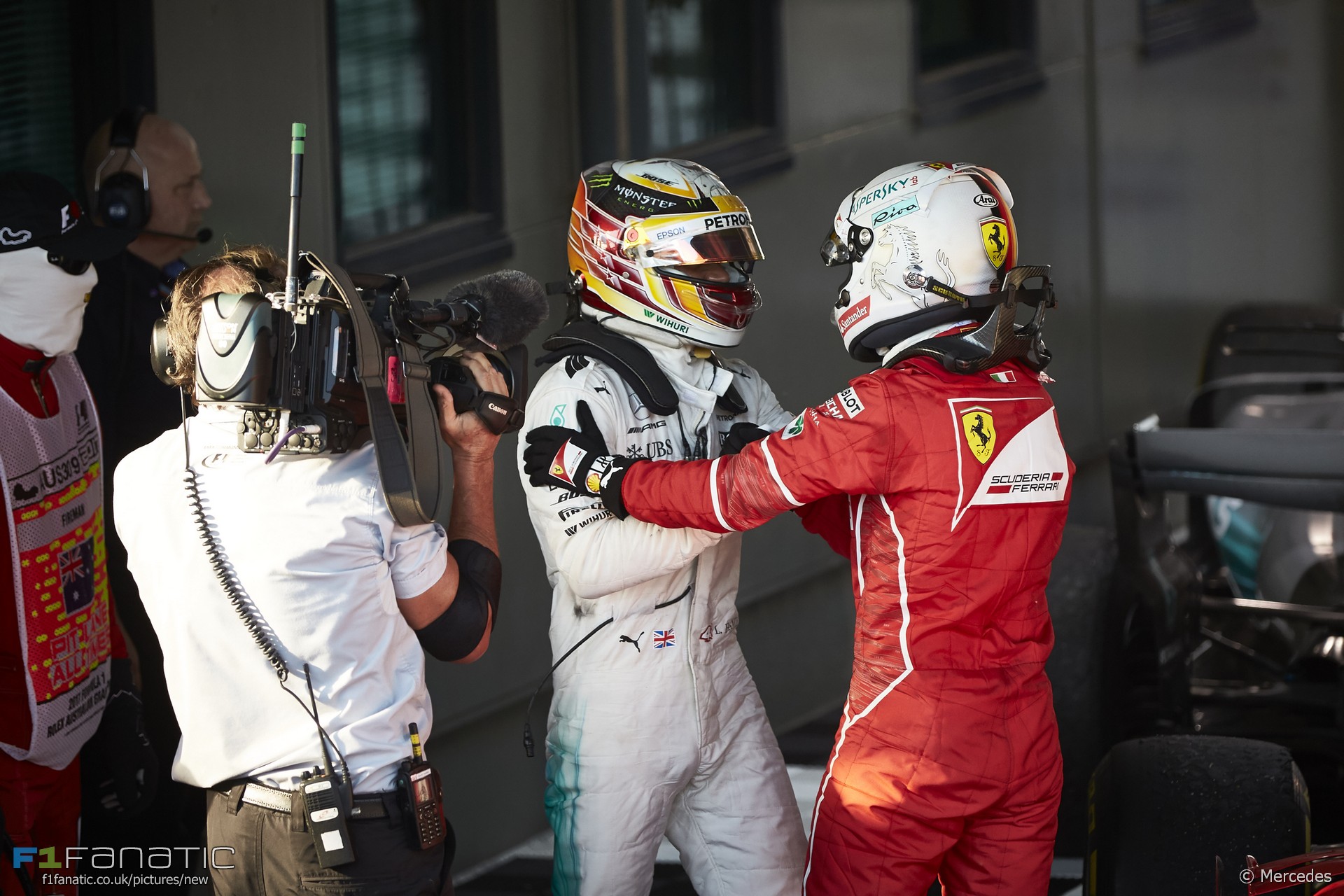 It’s easy to forget that Lewis Hamilton and Sebastian Vettel made their Formula One debuts within six races of each other.

Hamilton burst onto the scene with McLaren at the beginning of 2007. He was already a race-winner by the time Vettel made his first start, substituting for Robert Kubica at BMW in that year’s United States Grand Prix. There Hamilton won again, while Vettel would have to wait over a year for his first victory.

By the time Vettel had a potentially championship-winning car underneath him Hamilton had already won one title and come close to another. Yet while they have amassed 96 victories between them over the past decade, they’ve seldom gone up against each other on-track nor fought each other for a championship.

The closest they came was in 2010. That year Hamilton finished second to Vettel in the season finale and ended the year 16 points behind his title-winning rival. But two other drivers separated them in the final standings at the end of that remarkable championship.

Through 2011 they crossed swords occasionally, notably in Spain where Hamilton chased Vettel to the flag. But Hamilton’s McLaren was too rarely a match for Vettel’s Red Bull.

McLaren produced a much quicker car the following year but it kept breaking down, thwarting Hamilton’s hopes of joining Vettel’s title scrap with Fernando Alonso. He was leading in Singapore when the MP4-27 died, Vettel collected the win, and Hamilton decided to accept Ross Brawn’s offer to join Mercedes.

While Vettel took a fourth consecutive championship with Red Bull in 2013 Mercedes were patiently laying the ground work which would see them dominate the next three seasons. During that time Hamilton would only have to worry about competition from his team mate. He duly delivered two more titles and missed out on a clean sweep last year by just five points.

These two greats of the current Formula One generation have never locked horns over a full season. But the first race of 2017 suggests that may be about to change.

Vettel might have felt understandably alarmed by Ferrari’s lack of progress last year. This was his second win-less season in three years, and at times he must have wondered whether the driver he replaced at Ferrari had made a better career decision. There’s no room for doubt on that front any more.

As for Hamilton, during the peak of Mercedes’ dominated he yearned for more competition from their rivals. “If the cars are close you can have real races where you’re overtaking and battling and that’s what I love doing,” he said in early 2015.

That sentiment doesn’t appear to have changed in spite of his opening-round defeat. In many ways Hamilton seemed to genuinely relish the prospect of having someone outside his team to race against for the first time in years.

“I know it’s been a long time coming for [Ferrari] to get a result like this,” he said. “It shows we are going to have a race on our hands, which we are very happy to have, which is great for the fans.”

“Unfortunately it’s harder than ever to get close to cars, which is a shame. We can’t even have a close battle but who knows, maybe in the future we will.”

There’s no doubt the Australian Grand Prix was short on explosive action. Perhaps on bigger circuits with longer straights we might see some more lively racing.

Even so, the season-opener had one thing which most races over the past three years have been sorely lacking: Genuine competition for victory between two different cars.

There’s also the possibility of Kimi Raikkonen, Valtteri Bottas getting into the mix in future races. Plus a potential challenge from Red Bull, whose RB13 surely has to come good eventually.

But even if none of that happens the prospect of Vettel and Hamilton going to-to-toe for the title gives plenty of cause to feel optimistic about the rest of 2017.

Especially if we get a race that’s even half as good as their celebrated 2005 Lausitzring Formula Three battle:

141 comments on “Hamilton and Vettel: A title fight ten years in the making”