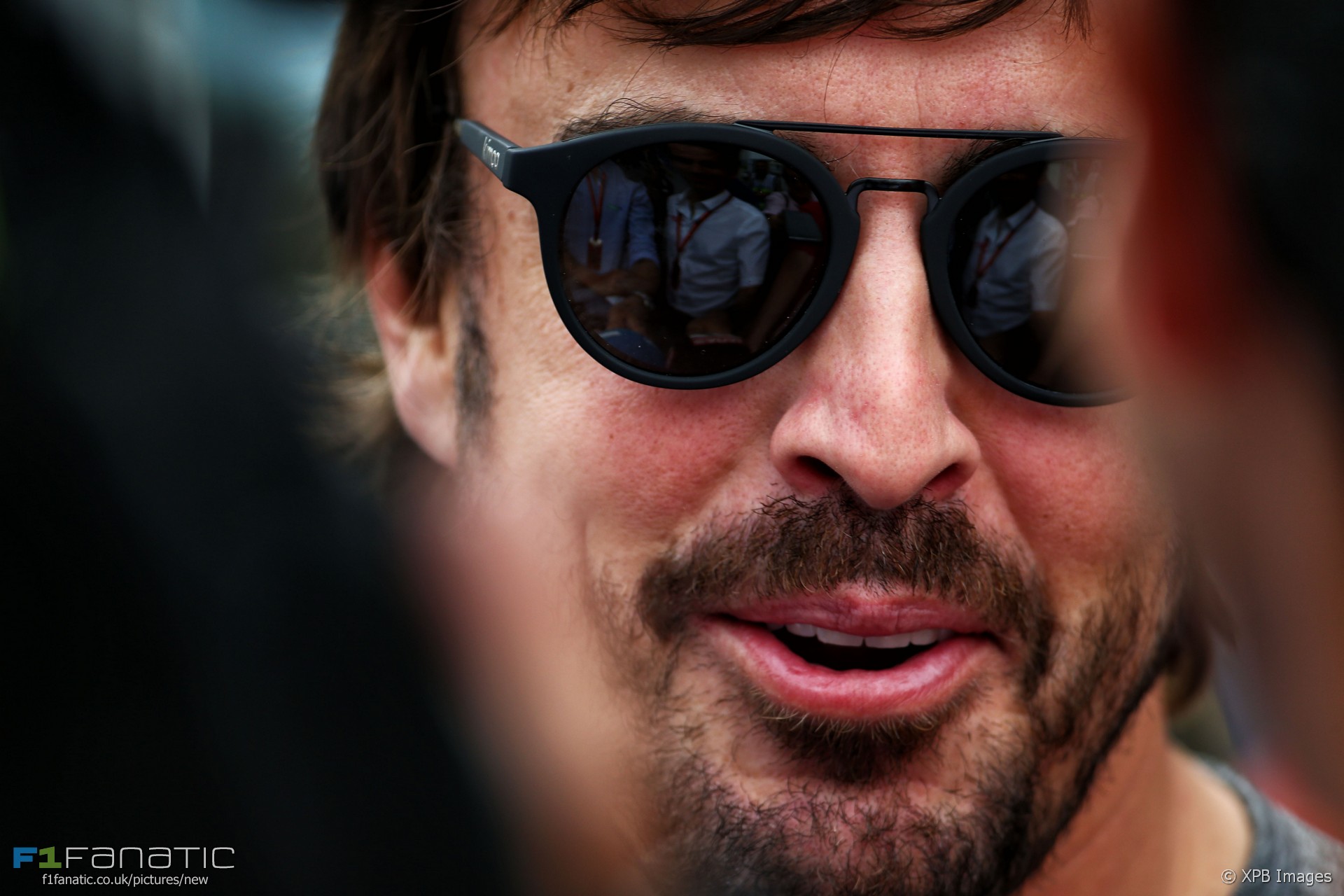 In the round-up: Fernando Alonso says he may not make a decision on his career until the end of the year.

"If I don't see any project that will allow me to fight for the win I will look outside F1 - but that's (a decision I will make around) November-December."

"Should McLaren split with Honda, that would force the Japanese manufacturer out of the championship and leave Renault as McLaren’s only option for a supply."

"Although it is a customer team program so it doesn't hurt our program very much, but we still expected to get the opportunity to get our engine running more. We would have got more data and been able to make comparisons, so it is very disappointing."

"We need to work on our maximum-downforce package, that's the main thing. There are still a lot of tracks to come that require a lot of downforce."

"Q: Who will win the drivers’ title this season? And for what reasons? Helmut Marko: I believe in Vettel, because I know his mental strength – and Ferrari has raised its game."

"I think the last few races have been very good from a performance point of view, matching Fernando on pace as well, which has been positive."

We #Barcelona citizens are shocked but determined and united to fight terrorism. Thank you all for your support #PrayForBarcelona

Solidarity with the victims of the Barcelona attack. Democracies will never give way to terrorism. #FuerzaBarcelona

Given the success IndyCar has made of its return there since last year, this is a great if unlikely idea:

I know there are probably better options for the second race in the US, but I would love to see F1 cars racing around Road America.
Brian VanDyke (@Prosybris)

Apologies for the technical fault which caused the delayed appearance of yesterday’s round-up.

53 comments on “Alonso may not make 2018 decision until December”