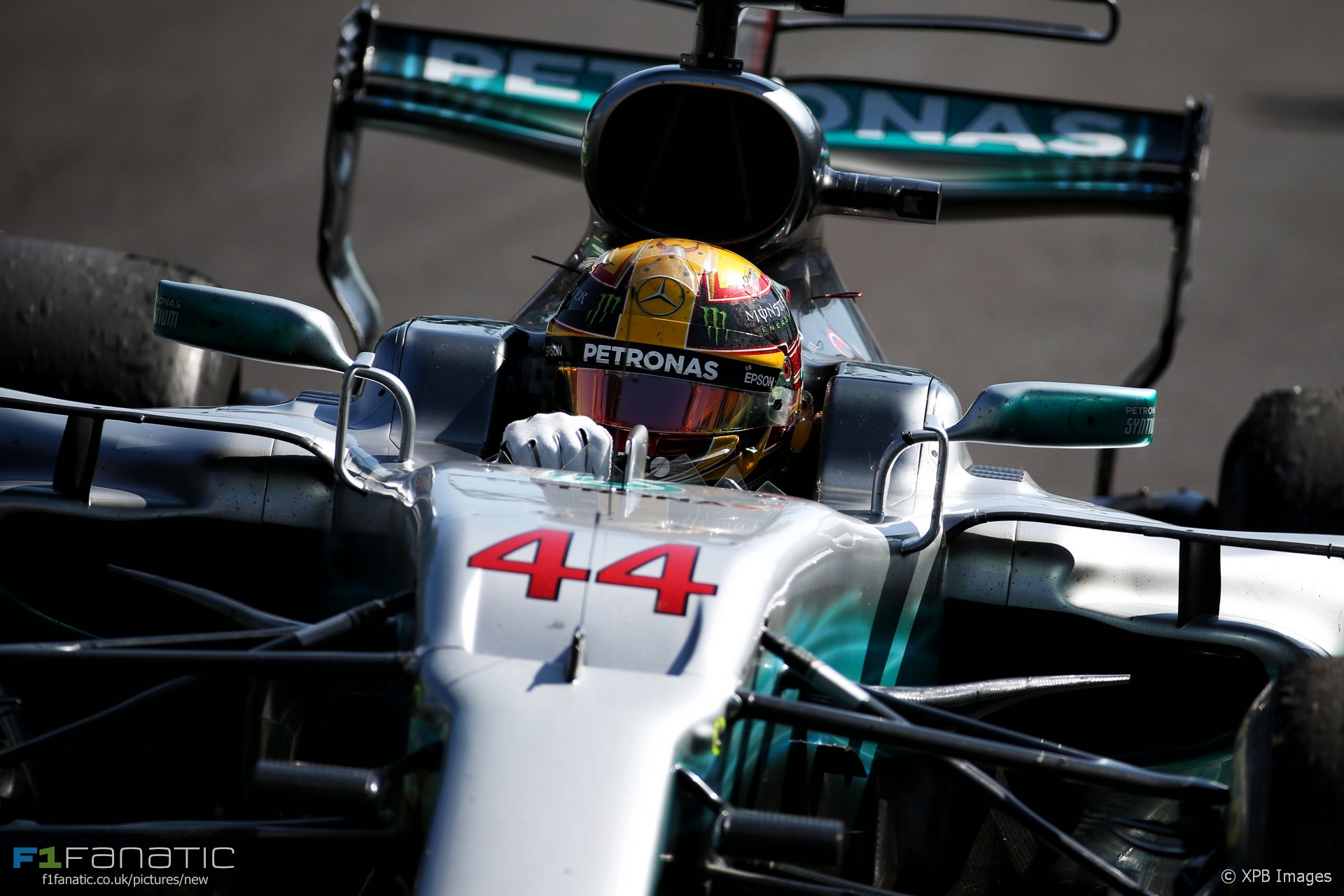 And it could be a double success for him and his team as Mercedes are poised to wrap up the constructors’ championship.

Will both titles be decided with three races to spare? Here’s how they could be won this weekend.

How Lewis Hamilton can win the drivers’ championship

The table below shows what Hamilton’s points lead over Sebastian Vettel will be on Sunday depending on where they finish the race. Hamilton needs to leave Austin with a lead of at least 75 points to wrap up the title.

Hamilton can only clinch the title if he wins or comes second. The finishing positions which will give him the championship are highlighted below.

Valtteri Bottas is also mathematically in championship contention and could have a bearing on the outcome:

*If Bottas wins the race and Hamilton finishes second, Hamilton will not have clinched the championship as Bottas could still beat him to it.

If the race is stopped early and half points are awarded there is no way Hamilton can win the championship this weekend.

How Mercedes can win the constructors’ championship

Mercedes are in a stronger position in the constructors’ championship and will win it this weekend unless Ferrari out-score them by at least 17 points. There are many possible outcomes, but here are some key points to bear in mind:

There are other finishing combinations under which the constructors’ championship can be won this weekend.

Use the F1 Fanatic Points Calculator to stay on top of the possible championship outcomes. You can also use it to see how the standings would look under past F1 points systems:

Will either of the championships be won this weekend? Have your say in the comments.