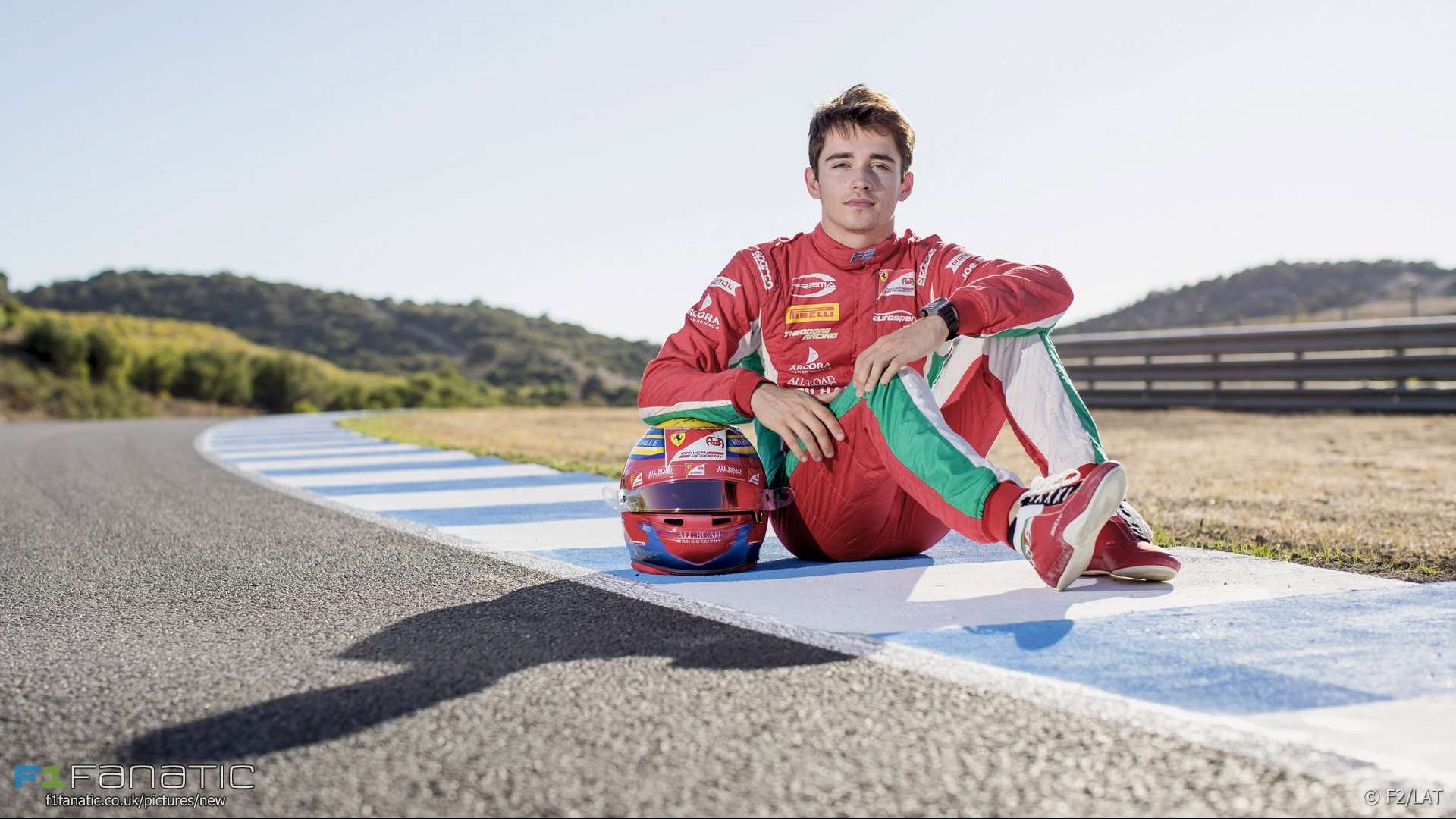 Sauber’s new driver for the 2018 F1 season Charles Leclerc arrives with back-to-back titles in two of the top junior categories under his belt. Here’s the key points from his early career.

He left karting at the same time as Verstappen

Max Verstappen is only 16 days older than Leclerc but the Red Bull star is about to embark on his fourth full season in the top flight. Leclerc took a more conventional – and longer – route to F1 after the pair last faced each other in 2014.

He had a racing father

Also like Verstappen, Leclerc comes from a motor racing family. However his father Herve did not hit the same heights in his career as Jos Verstappen did. He raced in French Formula Three in the eighties and was a regular competitor in the Monaco F3 Grand Prix.

Herve passed on his love of motor racing to his son, in particular his enthusiasm for Ayrton Senna’s famed qualifying laps around the principality. And through his friend Philippe Bianchi, father of Jules Bianchi, Herve introduced young Charles to motor racing.

He grew up with Jules Bianchi

The Bianchis owned the kart track in Brignoles where Leclerc first got behind the wheel shortly before his fifth birthday. This eventually led to Leclerc skipping school so he could practice.

When Leclerc made his racing debut, Jules Bianchi worked as a mechanic on his car. Bianchi, older by seven years, reached Formula One in 2013 and scored his first points in Monaco the following year.

Then tragedy struck. Bianchi suffered serious injuries during the 2014 Japanese Grand Prix, while Leclerc was racing in Spain. He died in July 2015.

Despite the loss of his childhood friend Leclerc continued his racing career. Then last year another tragedy struck even closer to home. On the Tuesday before the Azerbaijan Grand Prix, where Leclerc was racing in F2, his father Herve died.

Showing astonishing fortitude for a 19-year-old, three days after his father’s death Leclerc put his car on pole position by more than half a second. The next day he won the feature race. He almost doubled up on Sunday: he finished first on the road but a 10-second penalty for failing to slow sufficiently for yellow flags relegated him to second place. But the remarkable inner strength he showed, not to mention his obvious speed and racecraft, won him many admirers.

Since GP3 was created in 2010, no other driver has won the title and then gone on to take the GP2 – now Formula Two – crown.

Leclerc won the GP3 crown in a competitive season, pushed hard by team mate Alexander Albon. He took the title in unusual circumstances: Albon went out of the final round in a tangle with Jack Aitken while Leclerc also went out in a separate incident with Santino Ferrucci.

He won the F2 title at his first attempt

Leclerc’s F2 campaign was utterly dominant. He became the first driver since Nico Hulkenberg in 2009 to win the title as a rookie.

But for a minor technical infringement in Hungary he would have taken pole position for all of the first eight races. He did this without the benefit of an experienced driver alongside him – team mate Antonio Fuoco was also in his first year in the category.

Leclerc ended the season 72 points clear of his closest rival and wrapped up the title with three races for spare. But for other misfortunes he could have won the title much sooner and by an even greater margin.

He has a brother called Arthur

Just like the last Charles to race in F1, Charles Pic.

And that’s probably not just because the pair have the same manager, Nicolas Todt. The pair were introduced by Bianchi, and without Todt’s backing Leclerc reckons he might not have made it into racing cars.

He’s the third F1 driver to come from Monaco

Many drivers live in Monaco and 2016 champion Nico Rosberg grew up there. But Leclerc is only the third to come from the home of F1’s most famous race.

His predecessors are Louis Chiron, who stood on the podium at his home race in 1950, and Olivier Beretta, who pedalled the uncompetitive Larrousse to three top 10 finishes in 1994 before being dropped mid-season.

This says it all: Here’s his career history so far:

Are you rooting for Leclerc this year? Here’s how you can show your support for him and all the other drivers on the grid on F1 Fanatic:

37 comments on “It is he, Leclerc: Nine things you should know about Sauber’s new driver”