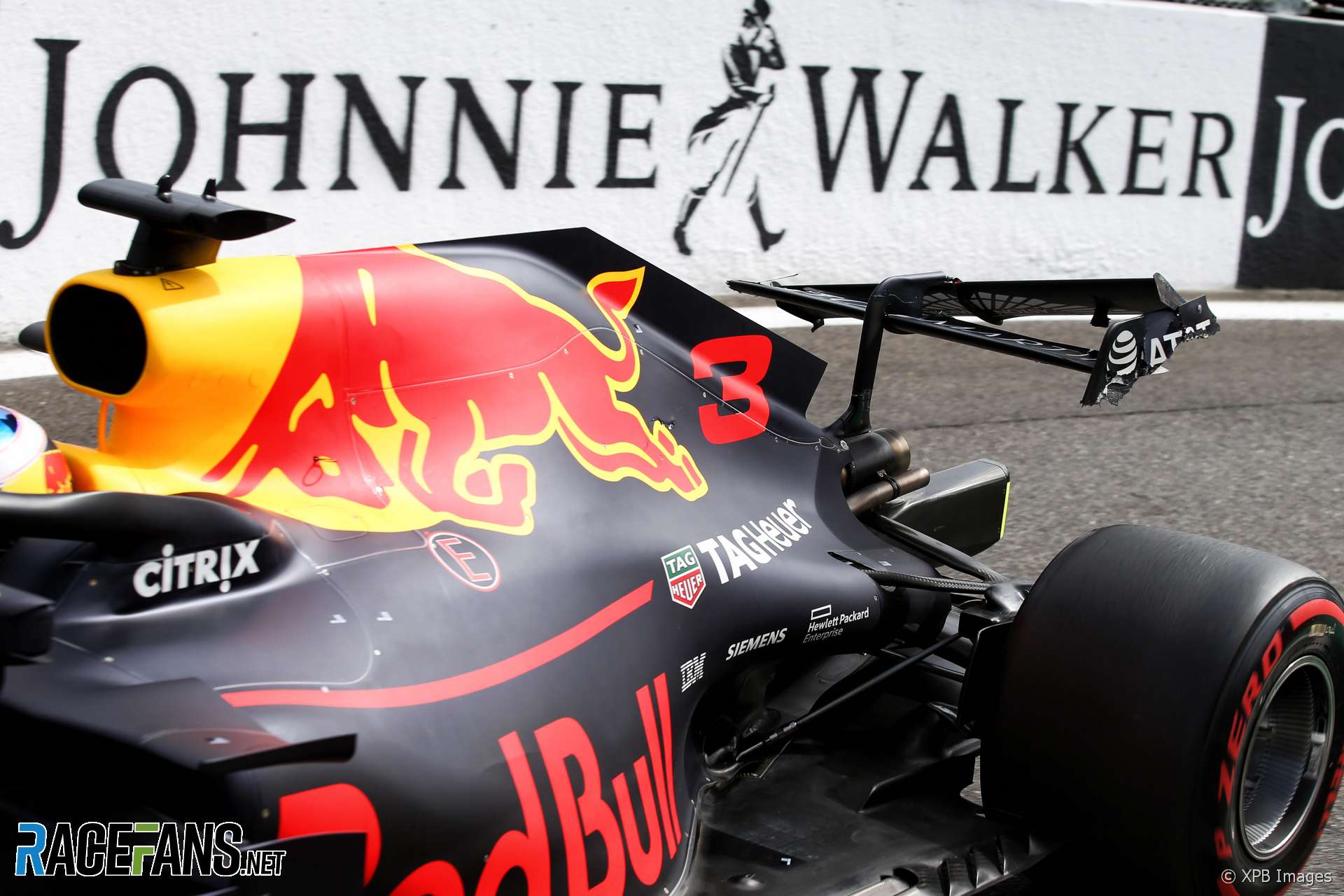 In the round-up: Daniel Ricciardo reveals he didn’t realise his rear wing was broken when he went through Eau Rouge for the first time during Sunday’s Belgian Grand Prix.

Ricciardo’s rear wing was broken when he was hit by Fernando Alonso at the start of the race.

I didn’t know the rear wing was done until the Safety Car came out. So going through Eau Rouge and that I had no idea. I knew I’d hit Kimi [Raikkonen]. Sorry, Kimi. I didn’t realise the rear was done, but I knew I got hit.

I looked in the mirror, I was like ‘oh no, rear wing’. And I know it’s not like a front wing, it takes time. So I feared that the race was done.

Obviously they did a really good job to get me out but still it was two laps down, something. In the end we had a look at the car once I pulled in and they put it on, for sure, but there was still floor damage so we lost 40 points [of downforce] from an already low-downforce car.

They did what they could and I told them I appreciate that but it was a bit too far gone.

I think I may be sat outside the Ferrari garage, can’t see the car anymore! #ItalianGP pic.twitter.com/rdOi0o4Hyu

There were rumours @LewisHamilton wouldn't be at @Autodromo_Monza at all today after his media commitments and official autograph session appearance were cancelled, but he did show up late in the afternoon:https://t.co/pkoFjP5W9Y#F1 #ItalianGP

By the way Red Bull has no slots at all in their end plate of the rear wing #F1 pic.twitter.com/MOlnSuPLMX

Lola was a step up in downforce from the Reynard and the gearbox was 👌🏼👌🏼but the tyres had become a lot harder by then. The 98/99 Reynard on soft Firestone’s with a monster Honda motor was hard to beat!! https://t.co/kLx4i6vEqB

Ferrari: Mercedes not used to taking punches like us (ESPN)

"In the last few years we were with our heads held low, we took punches right and left, but we always got up. We're used to it. They are not, so the speech made to the boys is simple: let's keep them under pressure."

"When they said they wanted to do away with the geographic exclusivity, we said we can’t do that. They said, ‘Let us finish... and here’s what we’ll do.’ So they gave us a much, much, much better sanction fee that would free them up.'"

Historic Monza, home of Ferrari, battles for its place in F1’s future (The Guardian)

"The circuit’s deal with F1 ends after next year and this month Angelo Sticchi Damiani, the president of the Automobile Club d’Italia, warned that as things stand there is no guarantee it could continue to host the race."

Time For Ferrucci to Make Most of Second Chance (Motorsports Tribune)

"Besides his social media statement, nobody got any quotes from Ferrucci about what happened in Britain, partly because he had to leave the circuit to attend to a very serious family medical emergency. Ferrucci may reveal details about that in time depending on how it turns out."

"(Chase) Carey should now be looking at Force India to ensure that Stroll does not get a seat there at the expense of Ocon next year. Then it would not be the best 20 drivers on the grid."

The debate over the Halo hasn’t gone away, but is it a conversation worth having?

I don’t really see the point in having this discussion.

Who cares if it helped last Sunday or not? There are certain cases in which it does help. So that’s it, it’s safer these days, end of discussion
@Fer-no65