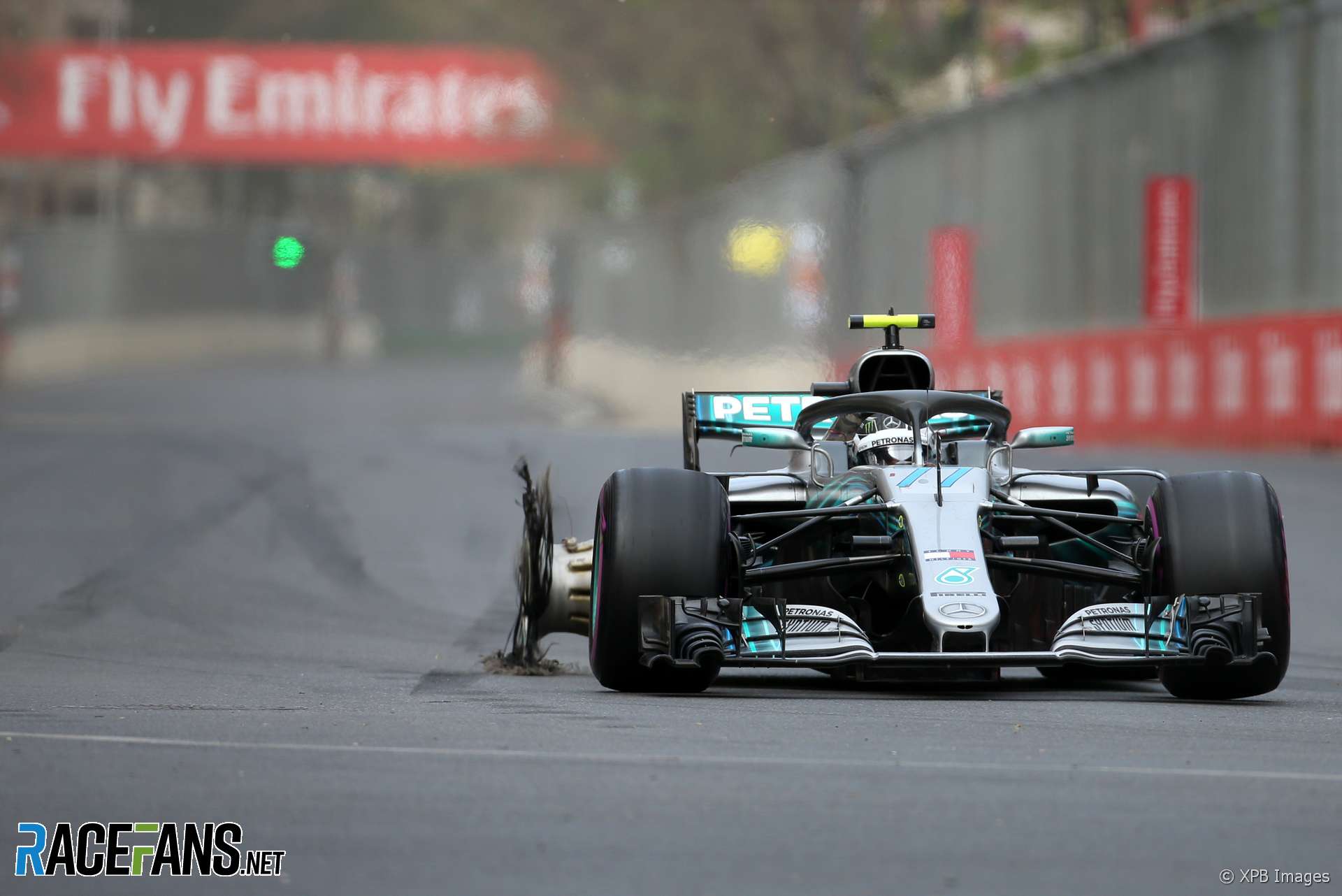 Valtteri Bottas says the setbacks he suffered early in 2018 felt like “a joke” and compromised his championship situation.

The Mercedes driver was in a strong position to win the third and fourth rounds of the championship in China and Azerbaijan. However a Safety Car period helped Daniel Ricciardo pass him for victory in Shanghai, and a puncture caused by debris in Baku put him out three laps from the finish while leading.

Bottas also retired while running second in the Austrian Grand Prix and was hit by Sebastian Vettel on the first lap of the French Grand Prix.

Lewis Hamilton inherited victory from Bottas in Azerbaijan and his points lead in the championship meant Bottas had to play a support role in Russia, handing him another win.

Bottas believes the pair “would be both fighting flat-out for the championship” if there was “not a big points difference” between them.

“I don’t know in deep detail how the points would have been,” he told media in Austin. “I don’t like to calculate those things because in the end after each race that is the situation you’re in and you’re always trying to then make the best out of the future.

“But when you have many setbacks in a row then at some point it kind of becomes a bit of a joke and that’s for me how I felt at some point this year.”

However Bottas admitted he can raise his game further in his third season at Mercedes next year. “My goal is for sure to try and be stronger. One day things will come together.

“I think performance-wise every race this season I’ve been able to perform better than last year and that’s what I try to continue to keep doing with this team all the time, learning. I am very keen to be better next year and hopefully that will bring those results.”