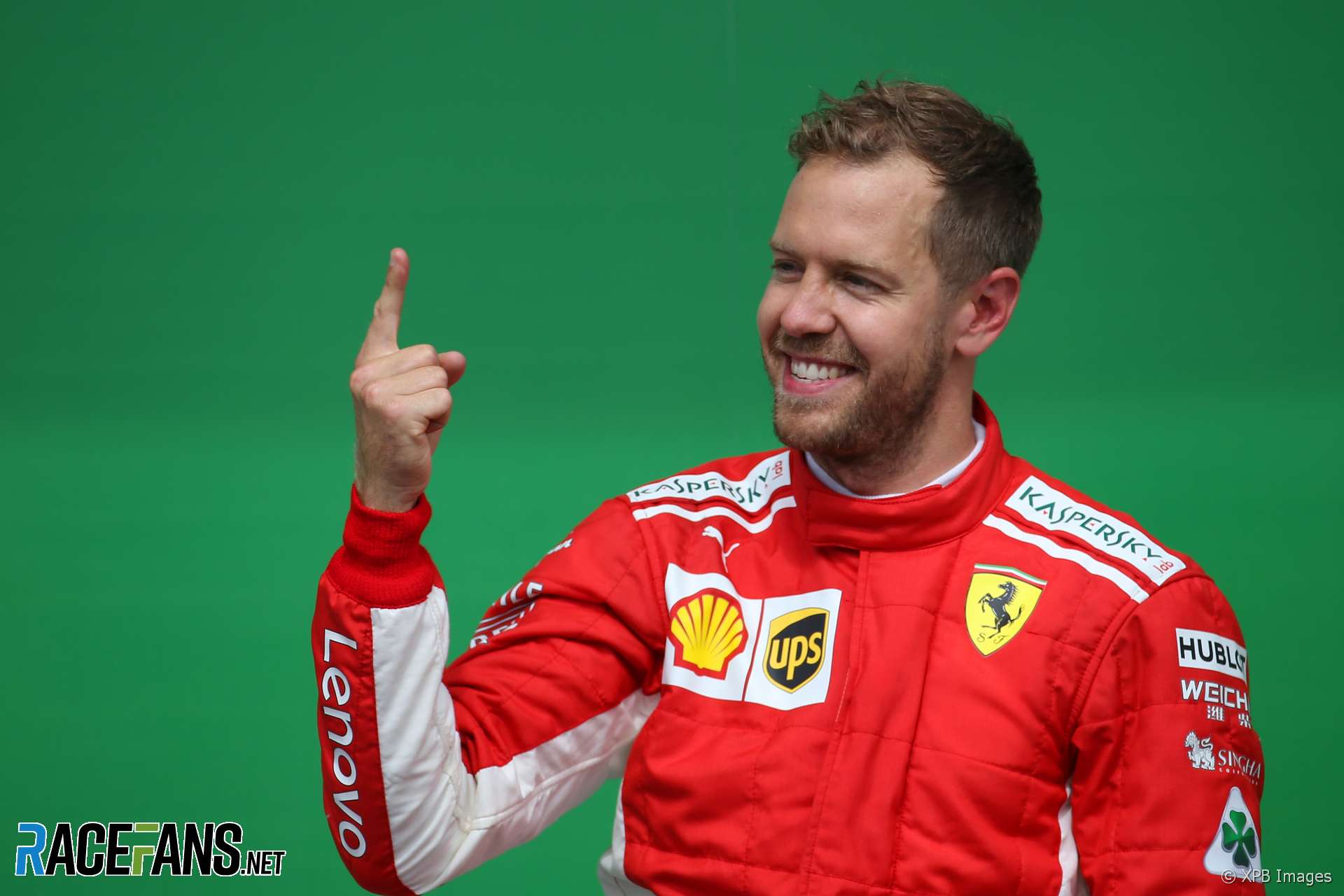 Over the opening seven rounds, Sebastian Vettel looked at least as strong a title contender as he had been the year before, perhaps even stronger.

Although his victory in the opening race came thanks to a stroke of luck with a Virtual Safety Car, Vettel followed it up with a gritty pole-to-win drive in Bahrain, nursing the softest possible tyre selection to the end of the race. He might have won in China too but for Ferrari’s tactical oversight with Valtteri Bottas, after which he was hit by Max Verstappen. But he continued to gather points usefully and took another commanding win in Canada.

Then came France, and the first occasion where Vettel made a significant error at the wheel. Pinned in by the Mercedes at the start, he skidded dully into Bottas and spent the rest of the afternoon recovering to fifth.

Was this a blip? Remarkably not: it turned out to be a pattern which added up to the complete collapse of his championship chances.

When the rain fell in Hockenheim it wasn’t an inexperienced driver in a car lacking downforce which crashed, it was Vettel in his Ferrari. Throwing away a likely victory in front of his home crowd was a blow his season never recovered from.

He did take further wins, sometimes with great verve: He passed Bottas for victory at Silverstone and outgunned Hamilton for his fifth win of the year at Spa. That proved his last, however, for then his season truly went off the rails.

Vettel acquired the strange ability to lose control of his car while holding the inside line in battle with his rivals. He did it with Hamilton at Monza, with Verstappen at Suzuka and Daniel Ricciardo in Austin. Normally the driver on the outside is more vulnerable; this looked as if Vettel’s eagerness to avoid contact at close quarters was leading him to spin.

Whatever the cause, the consequences were huge, as these incidents all happened early in races and wrecked his chance of scoring the big points his title campaign needed. He finished all of the last 10 races, but Hamilton out-scored him 220 to 149.

Vettel and Ferrari were at pains to argue that the team’s slump in performance when it went the wrong way on car development was what wrecked his title hopes. But it’s abundantly clear Vettel’s own hand cost him much more.

In Russia the team capitalised on a poorly-timed pit stop by Mercedes to jump Vettel ahead of Hamilton. The two championship rivals fought it out on the run to turn two, Vettel resisting Hamilton’s attempt to get through in uncompromising fashion. Then they reached turn four and Vettel mystifyingly surrendered the inside line, handing his rival the place and another win.

It was just one of many moments this year which left you wondering quite what Vettel was thinking.

Started the season on great form, but it seems that one mistake in Germany led to the entire season unravelling. Was overdriving the car from there on in, leading to mistake after mistake. Poor strategy from Ferrari only worsened the situation. In the end, a distant second best in both championships.
@Pwaa

What’s your verdict on Sebastian Vettel’s 2018 season? Which drivers do you feel he performed better or worse than? Have your say in the comments.