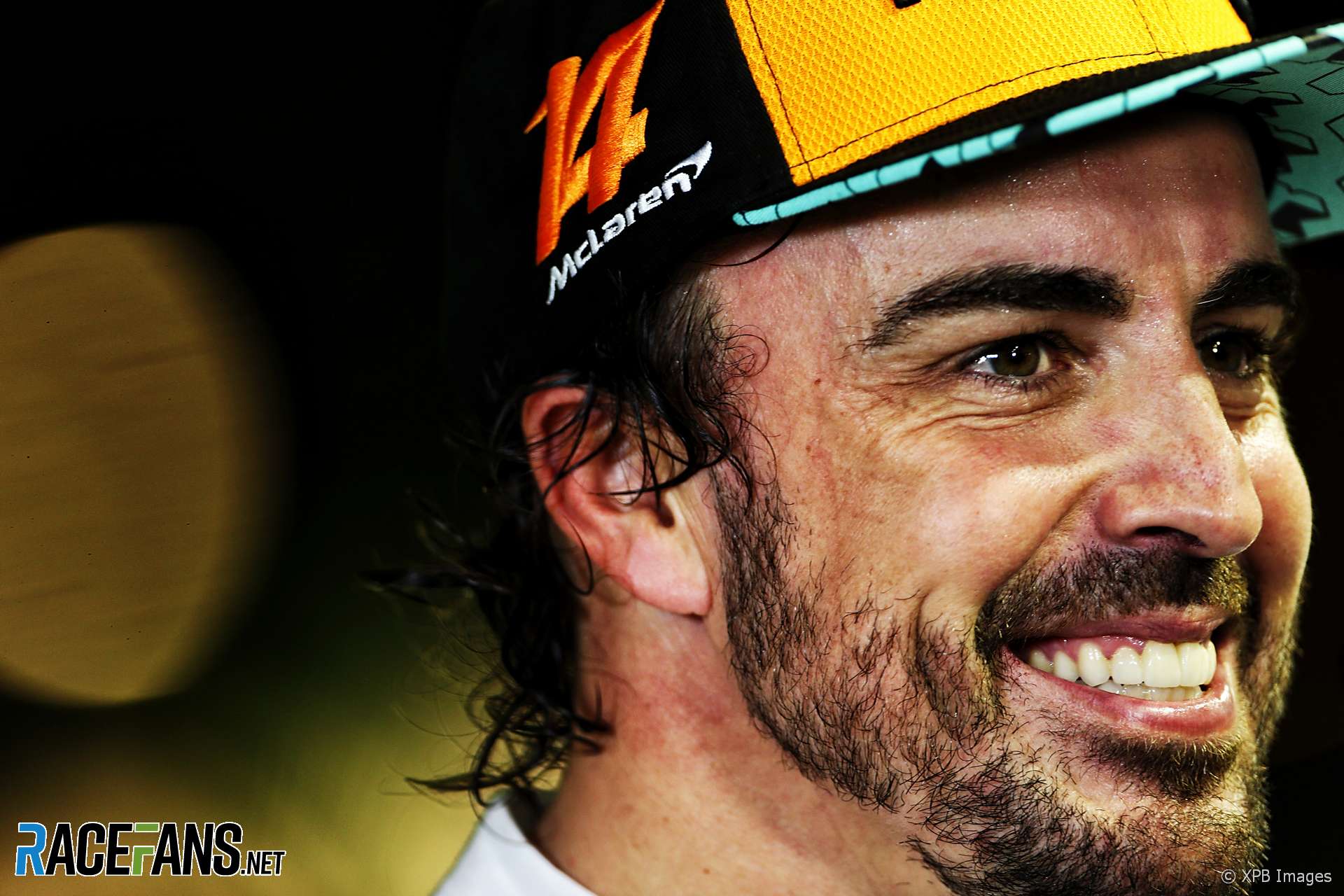 Fernando Alonso’s Formula 1 career deserved a better end than this.

Barring an unforeseen comeback (and far stranger things have happened) the history books will record he signed off with six consecutive no-scores. He took the chequered flag at his penultimate race in 17th position, equalling the worst result of his career.

Was the McLaren MCL33 capable of much better in 2018? It’s doubtful. Stoffel Vandoorne failed to qualify it higher than Alonso did in 21 attempts. The gap varied between a few hundredths of a second to days like in Singapore where Alonso blew his team mate away by eight tenths of a second.

It’s easy to forget that Alonso led the midfield championship battle for the first seven races of the year. In Australia the car was quick enough for him to run within touching distance of the front-runners. He even got ahead of Max Verstappen and held the Red Bull off until the chequered flag.

In the races Alonso was as consistent, quick and combative as ever. However he was increasingly frustrated by the antics of those he shared the lower end of the midfield with, particularly when the Williams drivers wiped him out in Azerbaijan and Japan. The former was a prelude to an epic recovery drive in a badly damaged car, which culminated in him passing Lance Stroll’s Williams – which had a considerable straight-line speed advantage – for seventh place on the final lap.

Car trouble caused a point-less spell but he returned to the top 10 at the Red Bull Ring, passing the Saubers and Pierre Gasly on his way to eighth. He repeated that result at Silverstone and the Hungaroring, but by this point in the season McLaren had uncovered a fundamental problem with their MCL33.

As the team turned their attention to 2019 and fell behind their rivals in the development race, the pickings became slimmer. In the final races it was clear Alonso’s commitment had waned.

This was most obvious in his swansong performance at Yas Marina when he was told on the radio the points were in sight, and he relied he’d got enough already. He then proceeded to cut the same corner three times, making good on his early season promise to do exactly that, though it was a futile and pointless gesture.

Alonso’s final visit to the points came in Singapore, where he saw off the midfielders and finished with only representatives from the ‘big three’ ahead of him. As all of them took the chequered flag, he therefore came in seventh.

That result bore out his frequent criticism of the state of competition in F1 at the moment. Alonso was not at all shy about heaping praise on his efforts. But it was hard to argue with the results, or that he could have done a lot better with a quicker car.

Crazy to think that a driver with the eight or ninth-quickest car on the grid even had a shot at taking the best of the rest title. It was absolutely incredible that every race weekend Alonso was outperforming the car in qualifying and fighting tooth and nail with cars over half a second a lap quicker than them for points. It’s a shame we didn’t see him in a better car this season. His 21-0 record in qualifying over Vandoorne is a testament to just how consistently fast Alonso is on every race weekend.
@Todfod

What’s your verdict on Fernando Alonso’s 2018 season? Which drivers do you feel he performed better or worse than? Have your say in the comments.