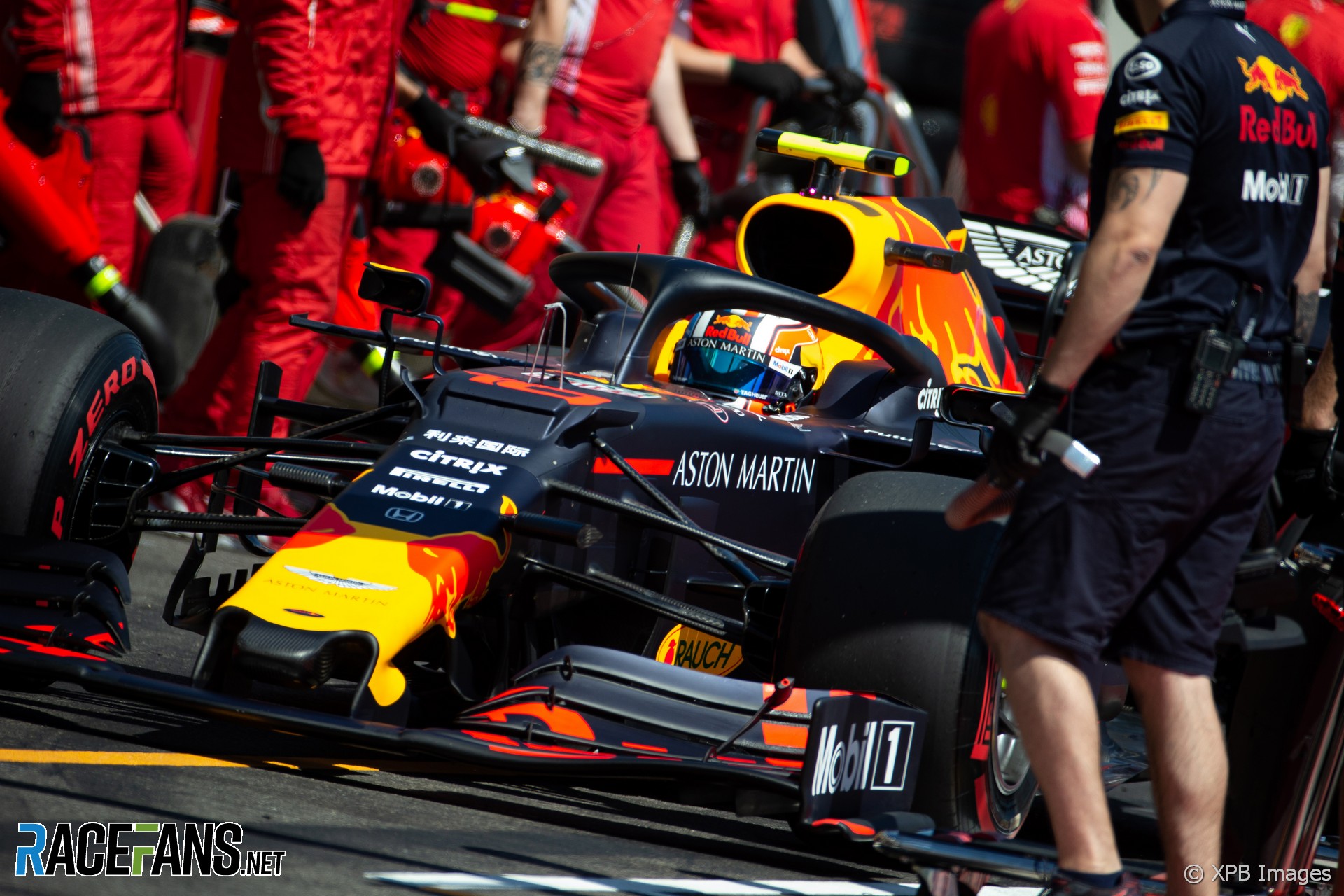 Gasly finished 11th having started ninth, one of two drivers on the soft tyres. Horner said his driver started the race well on the unfancied tyres, but lost ground after his pit stop.

“He did a good job in the first stint on the red tyre,” Horner told Sky. “And then we got him track position.

“[It was] a fantastic stop by the boys, the fastest of the afternoon, I had it at 1.9 stationary. So we got him track position to Daniel [Ricciardo] and then he just didn’t get going on that harder tyre. And then lost out to the other guys as well.”

Gasly was passed by Ricciardo and lost places to Kimi Raikkonen and Nico Hulkenberg.

“It’s frustrating not to have that car in the points. I’m sure we’ll have a good look at that with him.”

Max Verstappen finished seven places ahead of Gasly in fourth. “We managed to split [the Ferraris] which was the maximum Max could do today,” said Horner. “He drove the wheels off the car, another very mature drive.

“We’re just missing that sort of two or three tenths at the moment. But hopefully it’s in the pipeline.”