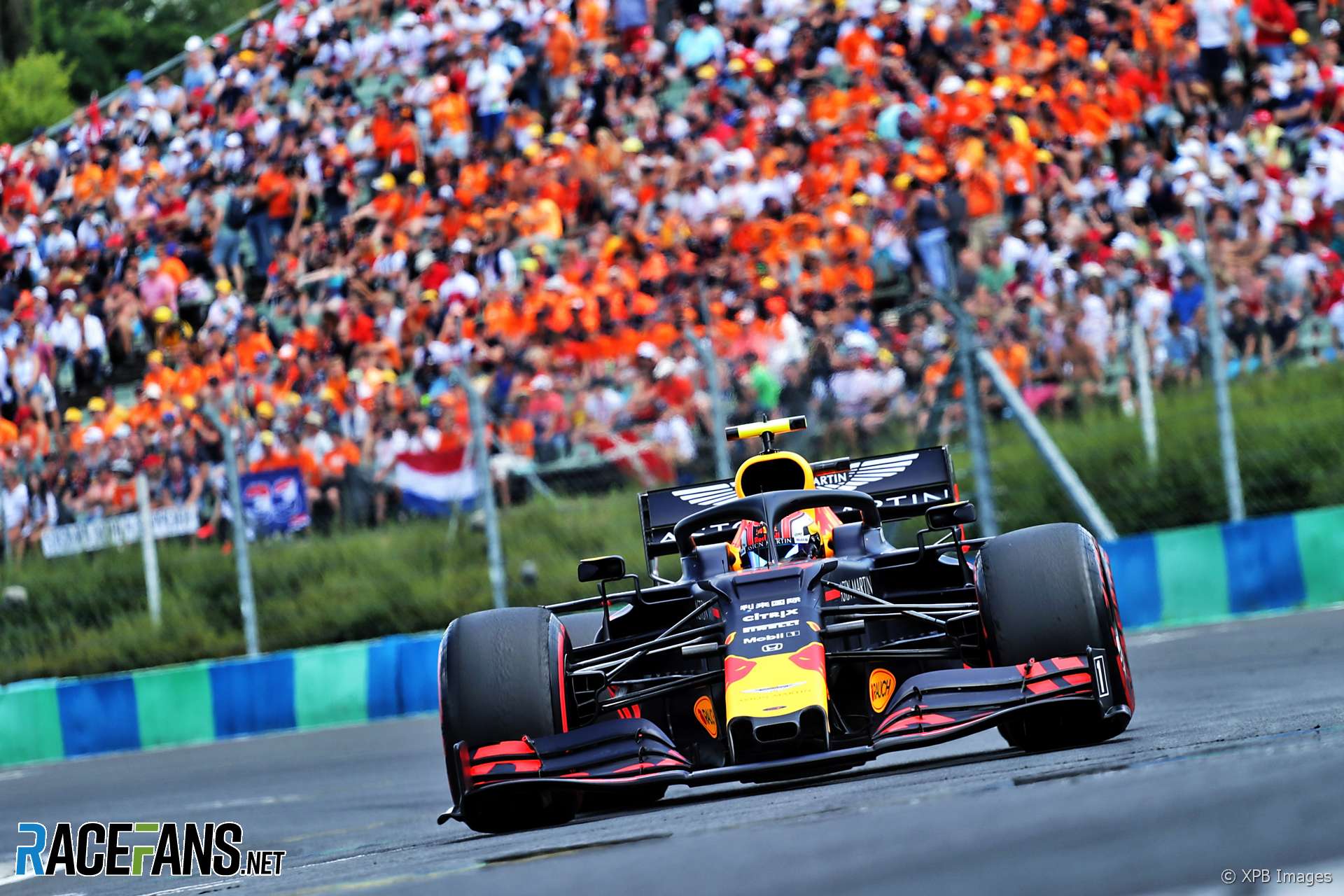 Pierre Gasly said he needs to understand his loss of pace after Friday in Hungary.

The Red Bull driver finished over a lap behind team mate Max Verstappen, who led much of the Hungarian Grand Prix.

Gasly said he had a “difficult” weekend after a “strong Friday” at the Hungaroring. “Things started pretty well during the weekend. Then from FP3 onwards I lost a lot of pace and struggled a lot more with grip in general.

“Qualifying was difficult. It was the case it wasn’t maximised but we clearly didn’t have the similar pace to fight at the top. And today was again the same. Need to understand exactly why we lost so much pace and struggled that much and come back stronger in Spa.”

The race got off to a difficult start for Gasly, who began the race on medium tyres. He lost three places as drivers on softer tyres got ahead of him.

“I had a bit of wheelspin and then after with the medium tyres I was a bit sandwiched in turn one,” he explained. “I was quite close with Kimi [Raikkonen] in turn two. So I lost quite a lot at the start which didn’t help in the race.

“But even after that we didn’t really have the pace to do anything. I think that’s the main thing to analyse. We scored a couple of points but for sure not the points we wanted. We’ll sit down with the guys and work together to find out what’s happened.”