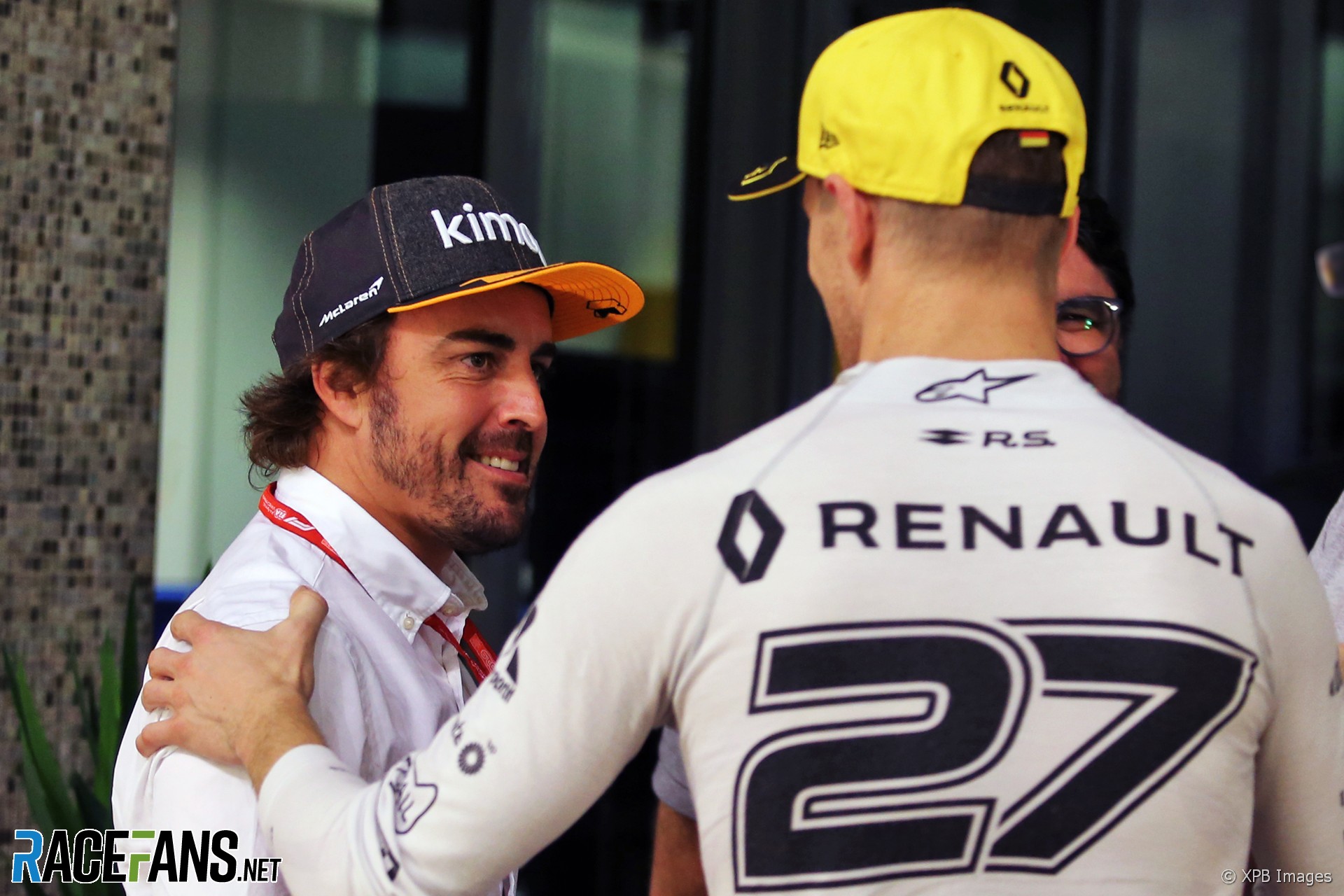 Then, having seen Vettel surpass his own tally of race and championship wins, Alonso lost his seat at F1’s most famous and historic team to him as well.

So whatever the Spanish word for ‘Schadenfraude’ is, Alonso would surely be forgiven for a feeling a twinge of it following last week’s announcement that Vettel is on his way out of the Scuderia. Like Alonso before him, Vettel has thus far failed to win a title as a Ferrari driver.

But to be fair to Alonso, last week’s news was probably of far more interest because it promises to present him an opportunity to finally win the third world championship he craves.

The announcement of Vettel’s impending departure has already sent Carlos Sainz Jnr and Daniel Ricciardo to new teams for 2021. This has created a vacancy at Renault for next year, and immediately prompted claims from multiple publications that Alonso is in talks about filling the gap.

Is an F1 return at any team a realistic possibility for Alonso? If he does return for the 2021 F1 season he would line up for his 312th start as a 39-year old.

Let’s not rule him out on grounds of age: Kimi Raikkonen turned 40 before the end of last season and Michael Schumacher was 43 when he called time on his F1 career in 2012. More to the point, there was little sign Alonso’s competitive edge had dulled when he decisively beat Stoffel Vandoorne over the course of the 2018 season.

As for Renault, they may well have the means to hire him. Losing Ricciardo will relieve them of the $20 million he is believed to earn, while the team has already cut its wage bill by replacing Nico Hulkenberg with Esteban Ocon.

The big question on the Renault side is whether it will remain committed to the championship. This was already in doubt before the pandemic hit: In October the company announced a ‘strategic review’ of its operations including Formula 1.

Its return to the sport in 2016 was a long-term plan intended to bear fruit when new regulations arrived in 2021, but some of these have been postponed by a year. All eyes are on new CEO Luca de Meo and the direction he charts for the team.

A return for Alonso would undoubtedly be a gamble. Renault slipped from fourth to fifth in the championship last year.

However Red Bull proved the engine can win races in the right chassis. Alonso will have taken note of how much better the Pat Fry-honed McLaren MCL34 performed than the car he drove the year before, and Fry is now installed at Renault.

Whether that gives Alonso sufficient confidence in the Renault project remains to be seen. But even with two world championships to his name and 32 race victories scored with three different teams, he undoubtedly still considers F1 unfinished business.

At his final F1 race weekend in 2018, in response to a question from RaceFans, Alonso said returning to F1 was not out of the question.

“I’ve been doing this my whole life,” he said. “Maybe next year by April or May I’m desperate on the sofa. Maybe I find a way somehow to come back.”

Alonso has already achieved his goal of winning the Le Mans 24 Hours. He wants to conquer the Indianapolis 500 and Dakar Rally, but these opportunities should still be open to him later in his career. That may not be the case for F1.

What’s more, he has been careful to leave the door open for a potential F1 return up until now. RaceFans understands his deals to drive for Toyota in the World Endurance Championship always included provisions for him to return to F1 if the right opportunity came along.

Renault was the team which brought Alonso into Formula 1, made him a world champion and gave him a refuge after his catastrophic fall-out with McLaren in 2007. Perhaps it now offers his last, best chance to win again in F1.

63 comments on “Is an F1 comeback with Renault a realistic option for Alonso?”