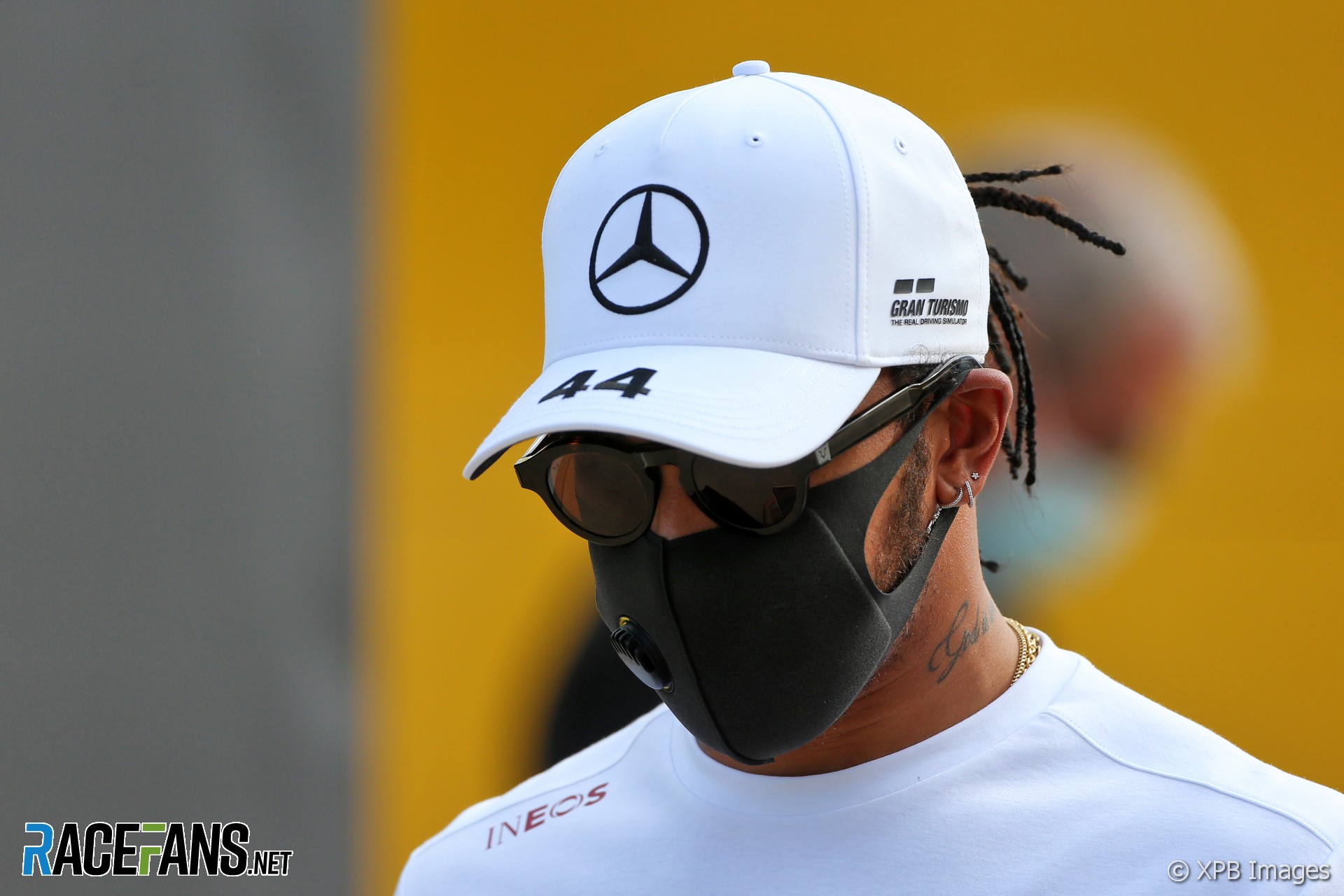 Lewis Hamilton believes a planned ban on engine ‘qualifying modes’ is targeted at Mercedes but doesn’t believe it will cause problems for the champions.

As RaceFans revealed yesterday, the FIA wrote to teams this week telling them it intends to introduce new rules requiring them to use the same power mode in qualifying and the race. It plans to introduce this rule in time for the next round of the championship at Spa-Francorchamps.

“It’s not a surprise, they’re always trying to slow us down,” said Hamilton. “But it doesn’t really change a huge amount for us so it’s not a problem.”

Mercedes’ rivals believe their engine ‘quali modes’ are a key part of their performance advantage. Asked whether he believes Mercedes have more to lose from the rules change than their rivals, Hamilton said: “No.”

“The guys at our team have just done such a good job with the engine,” he continued. “It’s obviously to slow us down but I don’t think it’s going to get the result that they want. But that’s totally fine if they do it.”

Hamilton’s team mate Valtteri Bottas said it was hard to quantify how much rival teams might be gaining from such modes.

“It’s impossible to know with other engine manufacturers how much they can actually gain when they put it all out in qualifying and if we’re actually gaining more or not,” he said. “We are not panicking about it. If the regulation comes then it’s same for everyone.”

Bottas suspects a ban could make it more difficult for drivers to overtake during races.

“Every team obviously has different modes, how much they’re going to risk in terms of wearing the engine and sometimes when they can – and also same for us – save the engine,” he explained. “And also in terms of strategic things in the race for drivers, many times we’re using different kinds of modes whether we are defending or attacking.

“So from my side it feels like if it would be same engine mode for everyone all through the race, there will be less overtaking because everyone’s just running the same modes instead of playing with them and trying to maximise the situation, sometimes using more power, sometimes less.

“In the end it will be less things for us to do in our driving. Obviously it’s not up to us but we’ll just take it as it comes.”

77 comments on “Hamilton: ‘Quali mode’ ban “is obviously to slow us down but it won’t get the results they want””