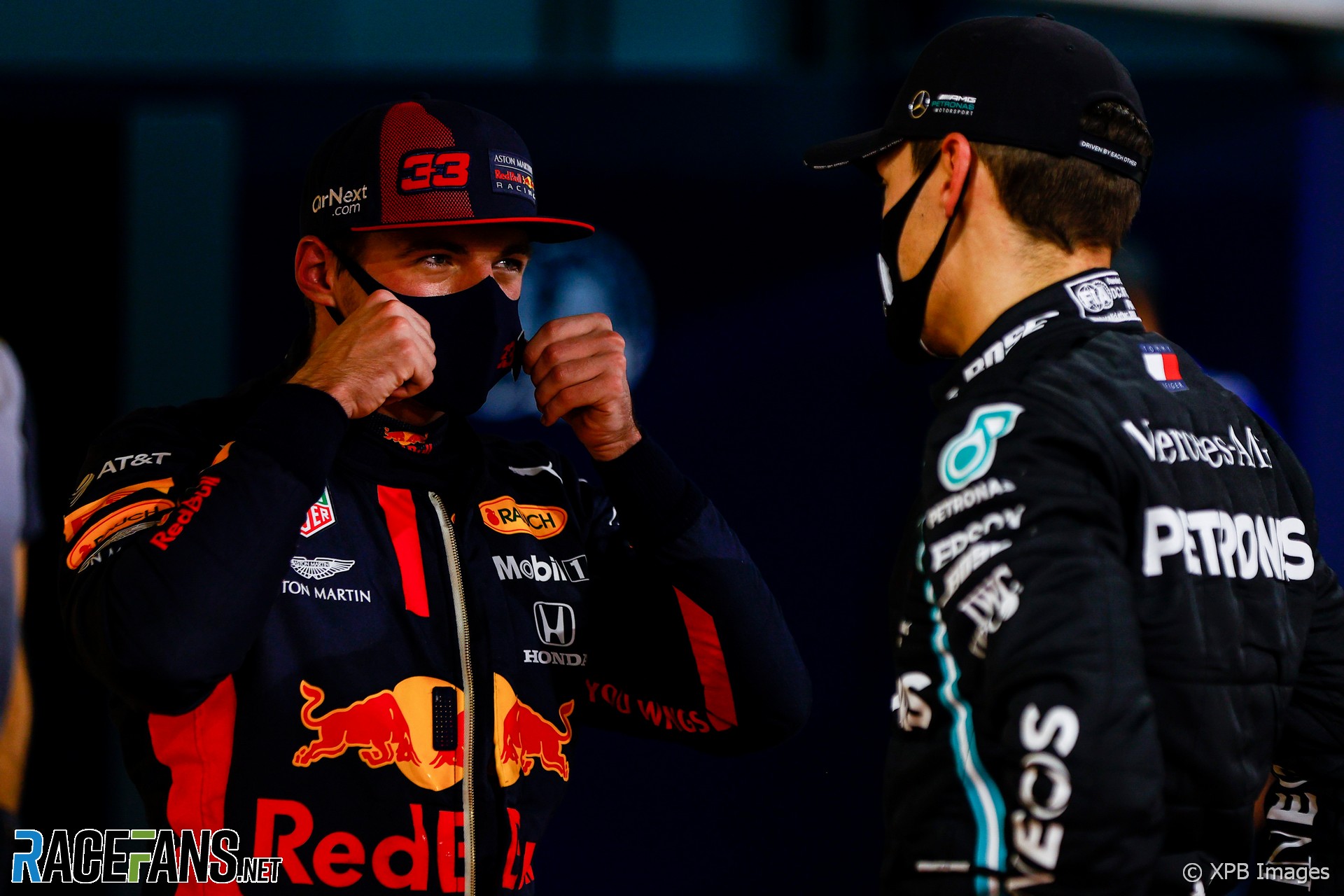 In the round-up: Max Verstappen says Mercedes cannot do without Lewis Hamilton, despite George Russell’s impressive performance on his debut.

After stepping into an ill-fitting car on two days notice, Russell qualified just 0.026 seconds away from team mate Valtteri Bottas. But Red Bull’s Mas Verstappen said that doesn’t show they can do without Hamilton:

Of course you do, because he will make the difference in the most crucial moments. That’s why he’s a seven time world champion.

Yuki is such a nice kid, a brilliant driver. I hope we will get to watch him in @F1 next year https://t.co/SSZv0EIBLq

Am hearing @TheBishF1 joining @astonmartin F1 Team early in the new year as Chief Communications Officer to lead the existing comms department into the new era.

"Like the heist gang in La Casa de Papel, he challenged the establishment, 'here the global colossuses of Formula 1, its most powerful European figures,' says Gullane, embodied in Jean-Marie Balestre, the French president of FIA, the Fédération Internationale de l’Automobile, Formula 1’s governing body, a despot, whom Senna questioned, confronted and ridiculed, and who suspended Senna, costing him a world championship."

"First priority will likely be given to fans who have already bought a ticket, but many fans will also probably be re-seated to ensure adequate social distancing. As has been protocol since NASCAR resumed racing in May, everyone entering the track will go through temperature screening."

Bring back the F5000 thunder (Goodwood)

"While the sound of a Cosworth DFV in a Formula 1 car has a certain rough charm, the thunder of a 500 horsepower V8 Chevy racing motor will stir you to the very depths of your soul. And they weren’t that much slower than F1 machines either, despite a considerable weight disadvantage (500kg vs. 660kg) and a lower level of technical sophistication."

"BMW works driver Philipp Eng (AUT) presented the steering wheel for the new BMW GT race car, the BMW M4 GT3, which was developed together with sim racing hardware manufacturer Fanatec. It is the first steering wheel in the world that can be used in both a real race car and a race simulator without any modifications."

"In the end, qualifying was a relatively civilised affair: the feared handbags at dusk did not materialise and, provided everyone got out of the way in time, drivers managed to go through the session as they intended."

After decades of tightly-enforced secrecy culture, has the availability of onboards and inability to hide let Formula 1 drivers learn more from each other, asks Ian Dearing?

New breed of drivers. George spoke about the advice he gets from Hamilton a few races ago on tyre management, and Gasly mention after Monza that he, Leclerc and Hamilton, who have their own Call of Duty team, swap tips online. Max and Norris compare notes on Twitch and there seems to be a lot more swapping notes in the cool down room and top three interviews than before.

I suppose with so much info now available online, there’s not much point hiding it.
Ian Dearing

50 comments on “Hamilton ‘makes the difference in crucial moments’ – Verstappen”