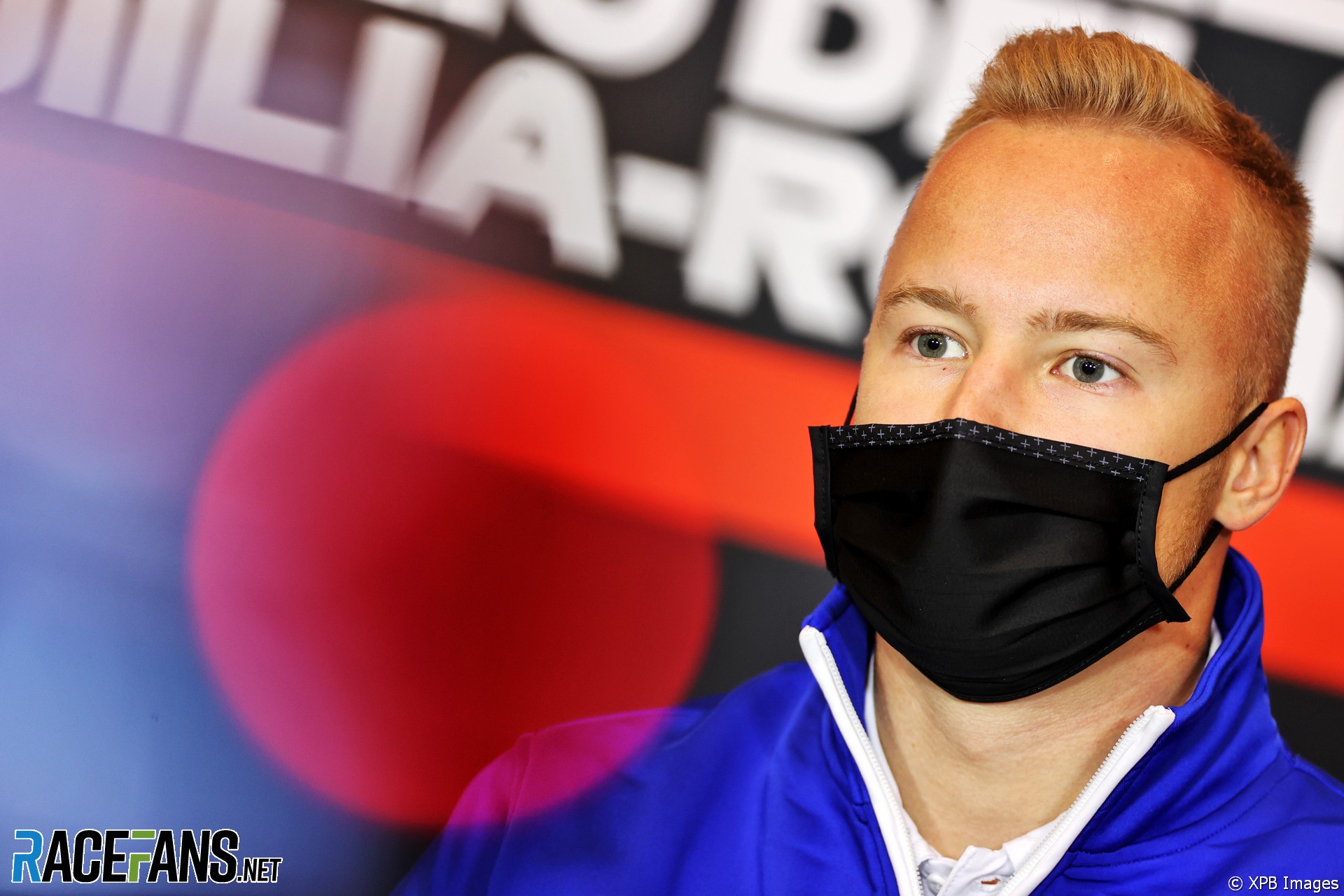 In the round-up: Nikita Mazepin is eager to move on from a difficult start to his Formula 1 career at this weekend’s Emilia-Romagna Grand Prix.

Mazepin got no further than turn two on his F1 race debut, as his Haas car got loose after the opening corner and then he spun into the barriers. The spin wasn’t his first of the weekend and while embarrassing also put him under extra scrutiny. But he said his troubled Bahrain weekend is already long behind him.

“The answer is [I’m] over it,” he said in response to a question from RaceFans. “Things happened very quickly and the moment when I realised where I ended up, which was in the wall, was a very painful one.

“In Formula 1, there’s 23 races, I’ve raced 12 rounds a year previously, and then nine before that. So you obviously have your ups, you have your downs, and it’s important to get as much knowledge from the bad experience as possible. But then don’t drag the negativity with you because that will leave you in the place where you were, when you’re trying to move on. Fully going forward.”

Motorsport UK, the governing body for motorsport in the United Kingdom, has requested race meetings taking place this weekend to ensure no on-track action is occurring at 3pm on Saturday, when the funeral of British royal Prince Philip is taking place and when a national minute of silence has been announced.

“As a mark of respect during the ceremonial funeral of His Royal Highness the prince Philip, Duke of Edinburgh, Motorsport UK has asked the organisers of events taking place on Saturday 17th April to observe the national minute’s silence at 3pm,” it said in a statement.

“All event organisers and participants will be required to honour the tribute. In addition, we encourage, where applicable, circuit flags to be flown at half-mast, and any further measures that are appropriate and respectful, such as the wearing of black arm bands by officials.”

someone's been in our car… pic.twitter.com/Oux1APnvp7

Yesterday a Twitter account impersonating @AlpineF1Team claimed one of their #f1 drivers would be substituted this weekend due to a positive Covid-19 test. @Twitter has suspended the fake account which spread the false story.#fakenews

F1 press conference cut short due to questions from kids (ok, I get it) and a loaded question about FIA's Visuals…whatever that is. Niice. Top work. Hope you all are enjoying this.

Pepe Marti was quickest, and German karter Valentin Kluss drove for Teo Martin Motorsport again after testing with the team at Spa. pic.twitter.com/VgzfeIBIJt

The newest additions to the International broadcast lineup now allow the NTT INDYCAR SERIES to be watched in over 200 countries.

Check your local listings. The season kicks off this weekend @BarberMotorPark.

You won't want to miss it.

Maffei’s base pay was $871,880 but he received an option award worth nearly $25 million and a stock award of $8.3 million, according to the company’s proxy statement filed with the SEC Wednesday. He was also granted non-equity incentive compensation – a cash payment – of $11.7 million.

Penske Entertainment Corp. president and CEO Mark Miles said that the IndyCar paddock is closing in on 90 percent of IndyCar teams and personnel are now vaccinated. Miles expects that number to go up in time for the Indianapolis 500 in May.

In F1, does the driver or car matter more? (FiveThirtyEight)

If we remove the team factors and put both drivers in equal equipment, Elo saw Verstappen as actually having had the better season in 2020. Verstappen led the field with a relative Elo of +90 points on an average team, compared with Hamilton’s +78 mark.

The graphics will be rolled out throughout 2021, and following 'Braking Performance' is 'Car Exploitation', 'Energy Usage', 'Start Analysis', 'Pit lane performance' and 'Undercut Threat'.

Drivers are assigned just three sets of tyres for this race weekend. Carrying over a set of tyres from the previous event is not possible, as it is the first event of the season. This prompted all bar three of the 17 entered drivers to sit out the 30-minute session.

The official entry list and new schedule at Imola (FRECA)

32 drivers are officially in the entry list of the participants who will be at the start in Imola for the first meeting of the 2021 series of the Formula Regional European Championship by Alpine – certified by FIA. A slight change to the schedule has been necessary too.

F1 may have been able to piece together a calendar of 17 rounds for last year during the Covid-19 pandemic, but its plans to expand to a record 23 rounds and potentially 26 races this year look under threat as countries continue with restrictions aiming to limit infection rates and therefore making mass meetings such as a grand prix difficult to organise.

As the Canadian Grand Prix becomes the latest 2021 race under threat, RaceFans reader Tom wonders if it will be followed by several more.

I think we’ll actually see much less racing than last year which feels very strange. Last year the season started when Covid was in decline in the countries with planned races. Right now the numbers are raising or are much higher than last year in Europe, Canada, Brazil etc… Even Russia, Hungary and Turkey are sadly having more deaths per day than when they hosted races last season. With numbers going up and strict restrictions in the other countries I do worry this season will be very short indeed.Tom