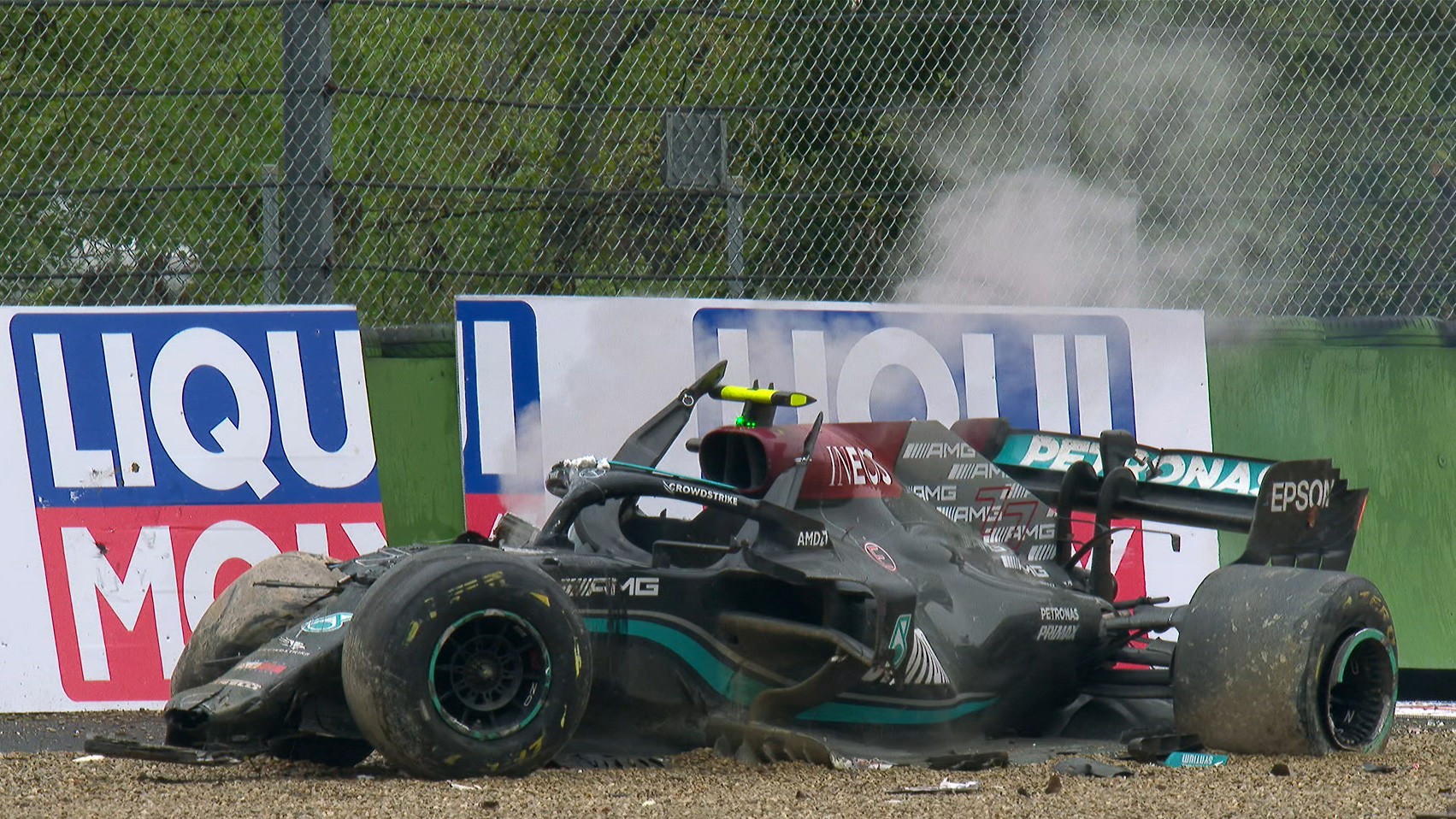 The Emilia-Romagna Grand Prix has been red-flagged after a heavy crash involving Valtteri Bottas and George Russell.

Both drivers were seen walking away from the crash scene and heard talking on their radios after the collision which occured on the approach to the Tamburello chicane on the race’s 32nd lap.

Russell was trying to overtake Bottas as they approached the first corner at one of the fastest points on the circuit. The Williams driver ran onto the grass, spun sideways into the Mercedes, and the pair hurtled off the track together.

Bottas wiped out several brake marker boards on the left-hand side of the circuit. The two drivers made impacts with the barriers before coming to a stop.

The incident left the track covered with debris on the approach to the corner. Race control red-flagged the race, which still has 30 laps to run if and when it is restarted.

Both drivers expressed frustration with each other on their radios after the crash. “What the fuck was he doing,” exclaimed Russell. “Honestly.” Bottas reported he was “all good” after his car came to a rest.

Cameras caught an angry exchange between their pair after Russell confronted Bottas in his car afterwards. Russell struck his rival’s crash helmet while Bottas raised his middle finger in response.

The stewards will investigate the collision between the pair after the race.