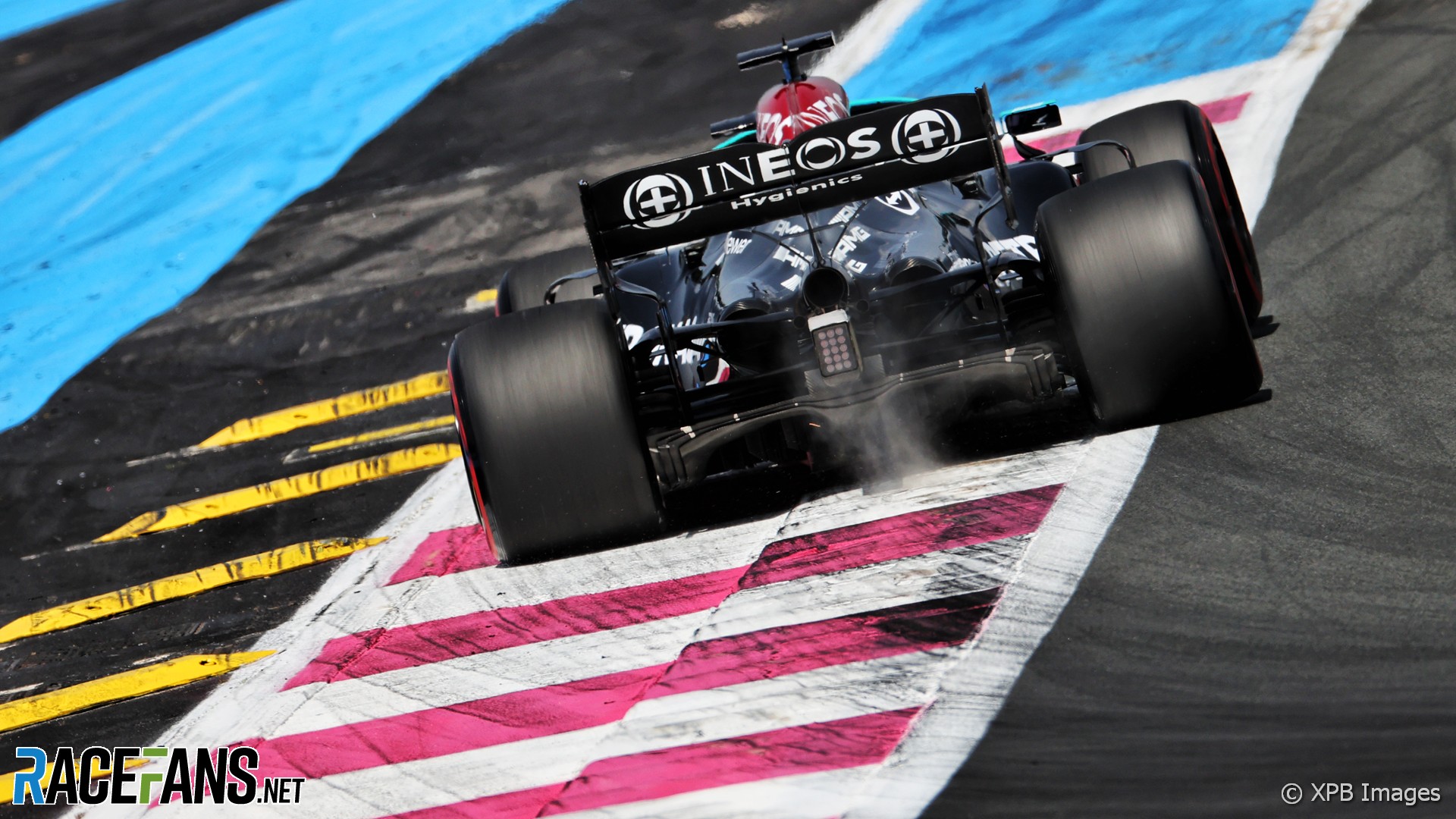 Formula 1 teams want changes to the kerbs at the exit of turn two at Paul Ricard because of the damage they have caused to their cars.

Mercedes sporting director Ron Meadows complained to Formula 1 race director Michael Masi about the kerbs during the first practice session. Masi pointed out to him that the kerbs were in place when F1 last races at the track two years ago.

“The 50 millimetre ones that we have in a lot of places, Ron, and they were actually there in 2019,” said Masi. “Our car’s rooted because we want over them,” Meadows replied. “We can’t say ‘well, you shouldn’t go there’ because that’s tens or hundreds of thousands of pounds-worth of damage by going three foot too wide.”

During Friday’s second session Red Bull’s Jonathan Wheatley raised with Masi the damage caused by the kerbs to one of his cars. Formula 1’s smaller teams are also concerned by the potential damage the kerbs can do.

“Obviously Jonathan complained to Masi,” said Haas team principal Guenther Steiner. “Even if you’re big team, we shouldn’t have kerbs there which destroy a car, in my opinion. [For] a big team or a small team, that is not constructive. If you know it damages the car, why do we have them there?”

“Should we put barriers around the race tracks and then for sure we wouldn’t go in them because we destroy the car completely?” Steiner added. “It’s a fine line where you say ‘it is acceptable, it’s not acceptable’.

“But there is other places when you go off the track limits and you lose time, but you don’t destroy your car. That’s what it should be.”

Aston Martin team principal Otmar Szafnauer also voiced his concerns about the kerbs and F1’s approach to policing track limits, which he says can be inconsistent.

“I’m not in favour of damaging cars,” he said. “I think there’s probably better ways to assess and penalise the track limits.

“The other thing is it just has to be consistent that even within a lap sometimes it’s not consistent. On this corner it’s one thing, the other corner where you also have track limits it’s something else. So I think there are better ways to do it, being more consistent. Also being consistent from driver to driver, team to team.

“And it’s got to be measurable. I personally like that better than having kerbs that damage the car. In a race situation you may be pushed by somebody and your decision is either ‘get hit because I’m being pushed wide’ or ‘damage my car’ and I think that could be an unfair situation.”