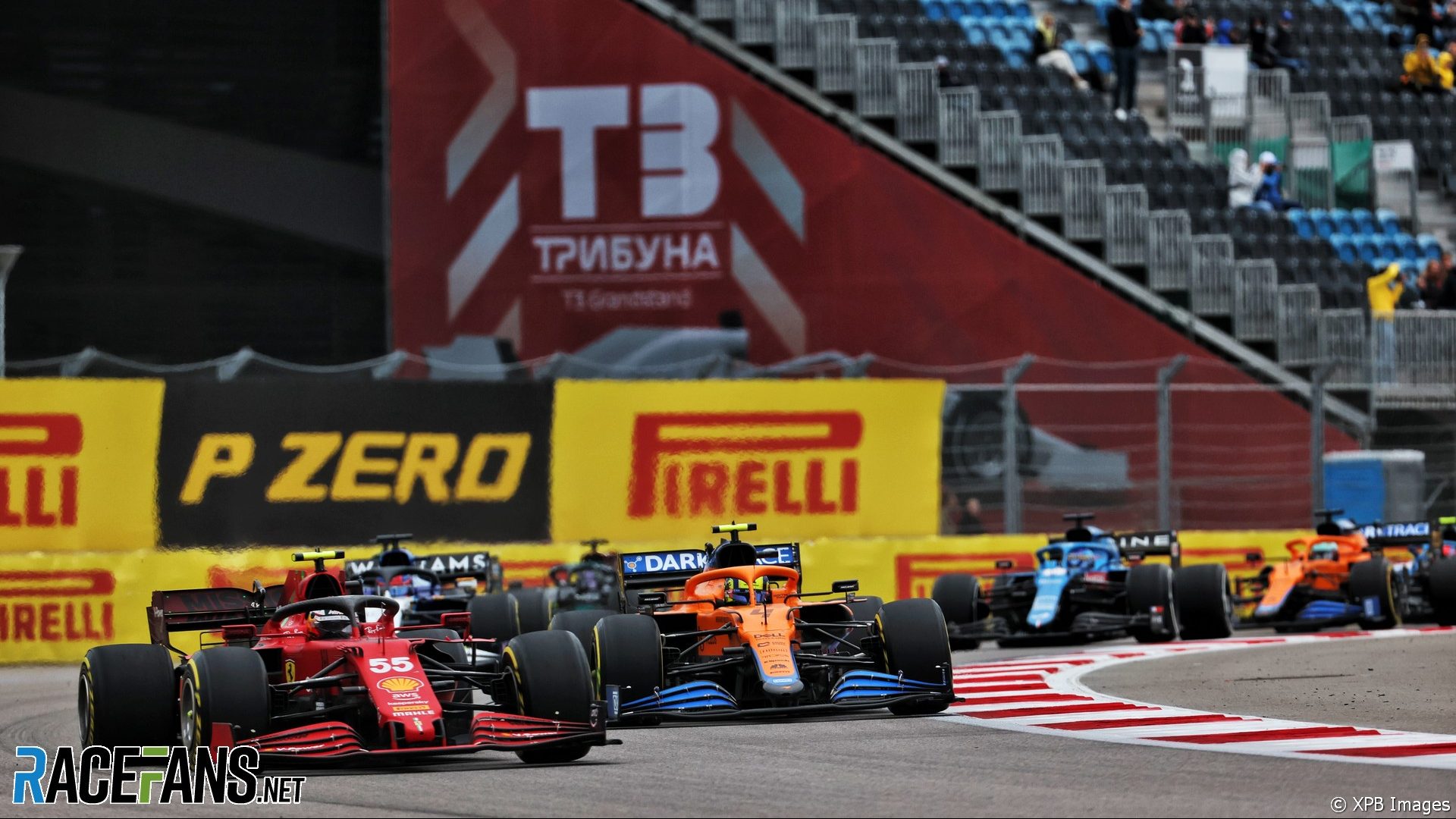 But the race will long be remembered as the occasion of Lewis Hamilton’s 100th career victory. As the sport’s leading winner of races, he is the first person ever to reach a century of wins. He reached his 100th pole position at the Circuit de Catalunya.

Hamilton’s winning rate has been slower by Verstappen’s ascendance this season. Nonetheless he still has the fifth-highest winning rate of any driver, at 35.6%.

To put that into perspective, if Kimi Raikkonen had Hamilton’s winning rate, he’d have won exactly 100 more races – 121 instead of 21 – from his record 342 career starts. But it would be unfair to Raikkonen to suggest the pair have had comparable machinery for all of their careers.

Hamilton took his victory from fourth on the grid. This is only the seventh time in his career he has won from lower than third. The last such occasion came at Istanbul Park, scene of the next round, where he won from sixth place last year.

The 26th pole position of Hamilton’s career came at the 2012 Brazilian Grand Prix. Until last weekend, that was also the most recent pole for McLaren.

Lando Norris ended their eight year, 306-day wait for a pole position. He is the 102nd different driver to start a race from pole position.

He led Carlos Sainz Jnr and George Russell on the grid. This was the first time three drivers who have never previously won a race occupied the top places on the grid since the 1975 Swedish Grand Prix at Anderstorp.

Vittorio Brambilla, Patrick Depailler and Jean-Pierre Jarier were the top three on that occasion. Brambilla went on to take his sole victory in Austria later that year, Depailler took two wins with Tyrrell and Ligier, while Jarier never placed higher than third.

Sainz, Norris and Russell held the top three places for the first 12 laps of Sunday’s race, but only one of them featured on the podium: Sainz, who picked up his fifth top-three finish. Having led the first lap of his career in the last race at Monza, Norris led 30 more on Sunday – more than half the race.

This was the first time Sainz had led a race this year. He is the 11th different driver to do so, meaning more than half the field have led a race this year. This is the most in an F1 season since the current V6 hybrid turbo engine formula was introduced in 2014. There were 13 different leaders in the last two years of the V8 engines, 2012 and 2013, and just six each year from 2016-19.

Behind the victorious Hamilton, Max Verstappen gave his championship hopes a boost by finishing second from last on the grid. This 18-place climb – the second-highest possible with today’s 20-car field – was the highest since Sebastian Vettel did the same at the Hockenheimring two years ago. In a neat symmetry, the winner that day was Verstappen.

Only three drivers on the grid have ever done better. We’ve seen 19-place gains from Hamilton (Hungary 2014) and Raikkonen (Bahrain 2006), and Vettel made up 21 places when he came from the pits to finish third in the 2012 Abu Dhabi Grand Prix, when F1 had a 24-car grid.

The most places ever gained in a world championship round was 30, by Jim Rathmann, who finished second in the 1957 Indianapolis 500 after starting 32nd. The most places gained in a race run to Formula 1 rules was Roberto Mieres’ 26-place climb to sixth in the 1954 British Grand Prix at Silverstone (the second-highest occured in the same race – Onofre Marimon started 28th and came in third). Of course all these records are unbreakable with today’s much smaller field.