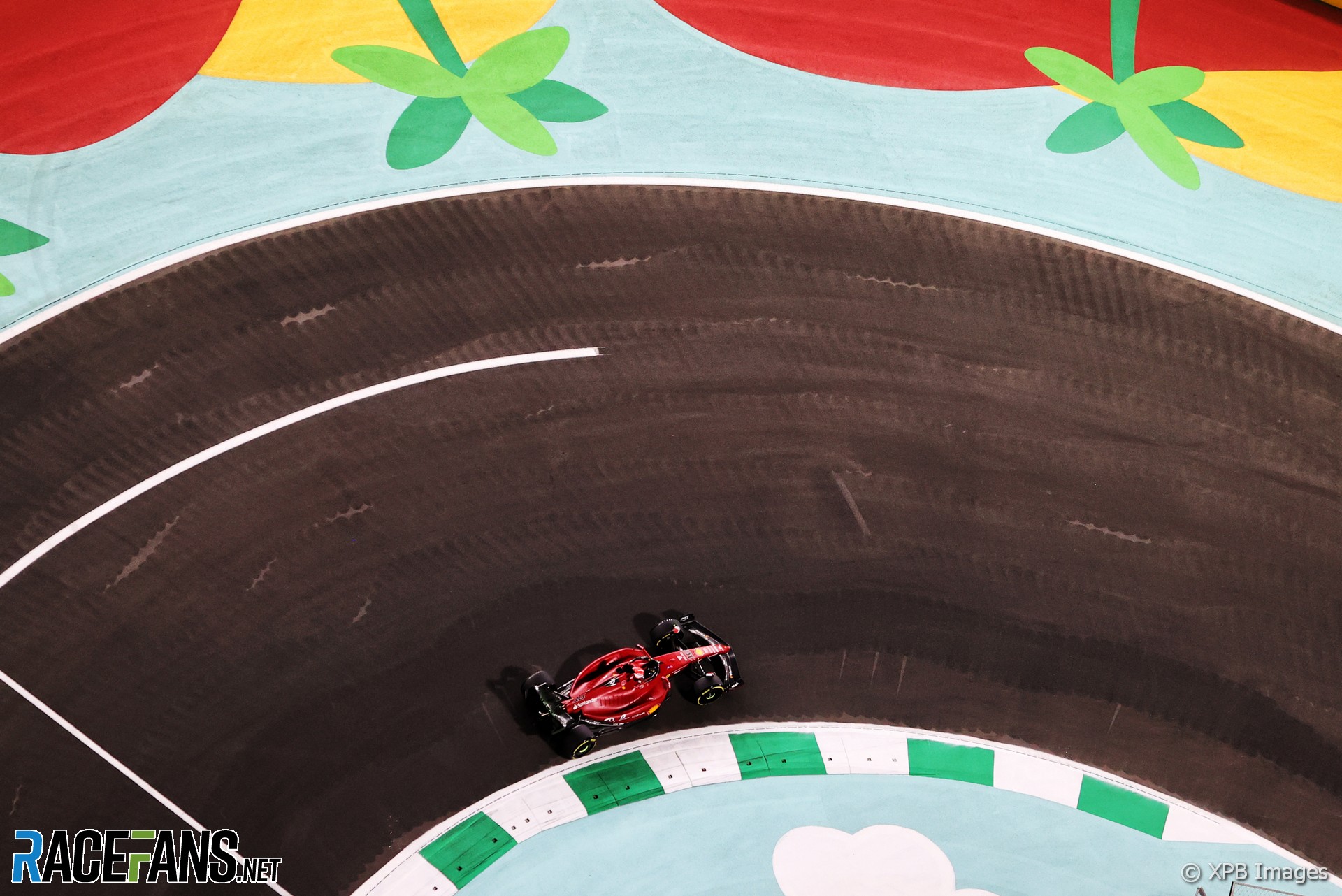 Charles Leclerc was quickest in the second practice session for the Saudi Arabian Grand Prix, but ended his running early after brushing the barriers.

Both Leclerc and Ferrari team mate Carlos Sainz Jnr, who was third fastest, were forced to finish their sessions before the chequered flag after both hit the barriers around the Jeddah Corniche Circuit. Max Verstappen split the pair in his Red Bull, with team mate Sergio Perez fourth.

The start of the session was delayed by 15 minutes to allow team principals and drivers to meet with F1 CEO Stefano Domenicali for an update about the security of the event, following an attack against a nearby oil plant that left a large fire billowing dark smoke over the city of Jeddah throughout the evening. They were told the event will continue as planned.

When the session got underway, many teams opted to run on the medium compound to get data on how the tyre performed under the lights. Second practice is the only session prior to qualifying which is held under the same evening conditions that the race will take place in.

Leclerc went quickest of all with a 1’30.216 on the medium tyres, until Verstappen went just two-thousandths of a second faster to replace the Ferrari at the top of the time sheets.

After getting a reprimand from the stewards for impeding through the first second, Alex Albon appeared to hold up George Russell’s Mercedes in a similar fashion. Later, Albon himself had to avoid a slow Mercedes – that of Lewis Hamilton – on the exit of turn 11.

Around the halfway point of the session, Leclerc took to the track with the soft tyre. On his first flying lap, he was able to improve his best time and go fastest of all – but only by a tenth over Verstappen. The Red Bull driver followed suit, but a mistake at turn one on his flying lap saw him abandon the run.

After failing to set a lap time in the first practice session, Kevin Magnussen tried to make up for lost time at a circuit he has never driven before. His weekend was made even more difficult when he pulled off the circuit at turn 14 with a suspected power unit problem, ending his day after a total of just 15 laps.

Leclerc brushed the barrier at turn four, before driving slowly back to the pits after reporting an engine problem. He was able to successfully recover to the pitlane, but did not take any further part in the session. His team mate Sainz also had to bring his Ferrari back to the pitlane having hit the wall on the exit of the long hairpin of turn 13, sidelining him from the rest of the session also.

With teams concentrating on race simulation runs, no one improved on their lap times in the top ten, leaving Leclerc to end the second session as the fastest despite missing over 20 minutes of running.

Verstappen ended the day second for Red Bull, 0.14s away from Leclerc’s best and a tenth ahead of Sainz and Perez.

The two Mercedes of Hamilton and Russell were fifth and sixth, around half a second off Leclerc’s best, with Lando Norris an encouraging seventh fastest for McLaren. Esteban Ocon, Valtteri Bottas and Yuki Tsunoda rounded out the top ten runners.