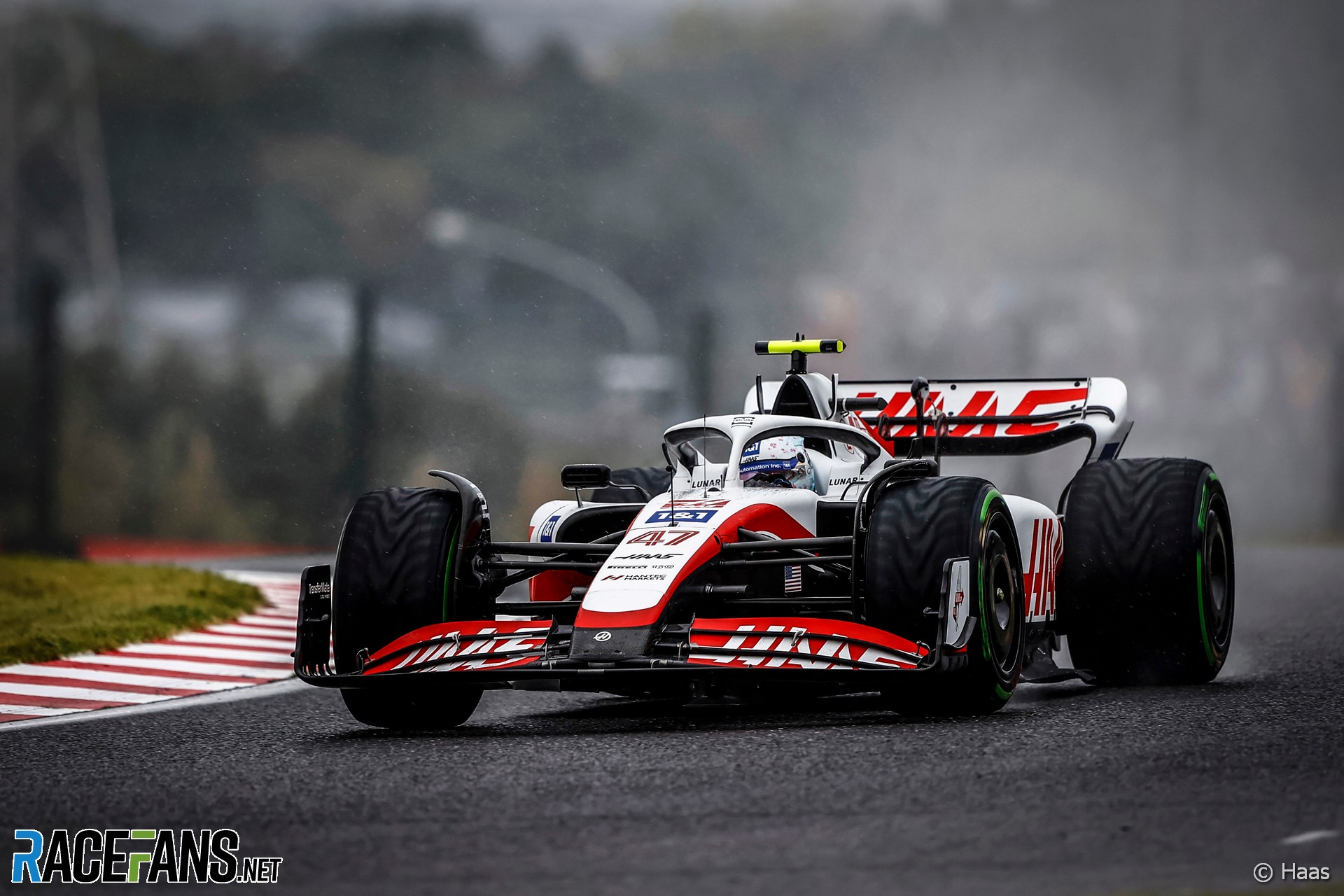 Haas team principal Guenther Steiner said it is “quite frustrating” the team had to change Mick Schumacher’s chassis again following his crash in practice for the Japanese Grand Prix.

Schumacher spun nose-first into a barrier at Dunlop on his way back to the pits at the end of the rain-hit session.

“It’s disappointing because we just went out to do a race start so we get data for Sunday,” Steiner told the official F1 channel, “and then on the way in from the race start Mick crashed the car, aquaplaned and crashed into the barrier and damaged the car quite heavily.”

The crash meant Schumacher was unable to take part in the second practice session as the team decided to replace his chassis as a precaution.

“The whole front end is broken,” Steiner explained. “But we have to change also the chassis because we are not sure if there is a crack in it or not and you cannot take any risk with the chassis.

“There is nothing changed in any way, except that maybe we could have gone out in FP2 for 10 minutes, but that is not important. It’s better to be 100% safe that the car is in a good shape tomorrow. So we have to change the chassis and the whole front end and the front wing and the nose.”

Haas has already changed Schumacher’s chassis twice this year following his heavy crashes in qualifying for the Saudi Arabian Grand Prix and during the Monaco Grand Prix. Steiner admitted the damage costs are mounting for his team.

“It’s the third time now that we have potential chassis damage,” he acknowledged. “I say potential because we need to X-ray it and see if it is cracked or not. But it is quite frustrating.”

Schumacher’s car will be back on track for final practice tomorrow, Steiner confirmed.

“Tomorrow morning the car will be there. The guys will have a late evening but they will fix the car again and we have got all the parts, that is not an issue. So it will be there.”

25 comments on “Schumacher crash damage “quite frustrating” for Haas – Steiner”