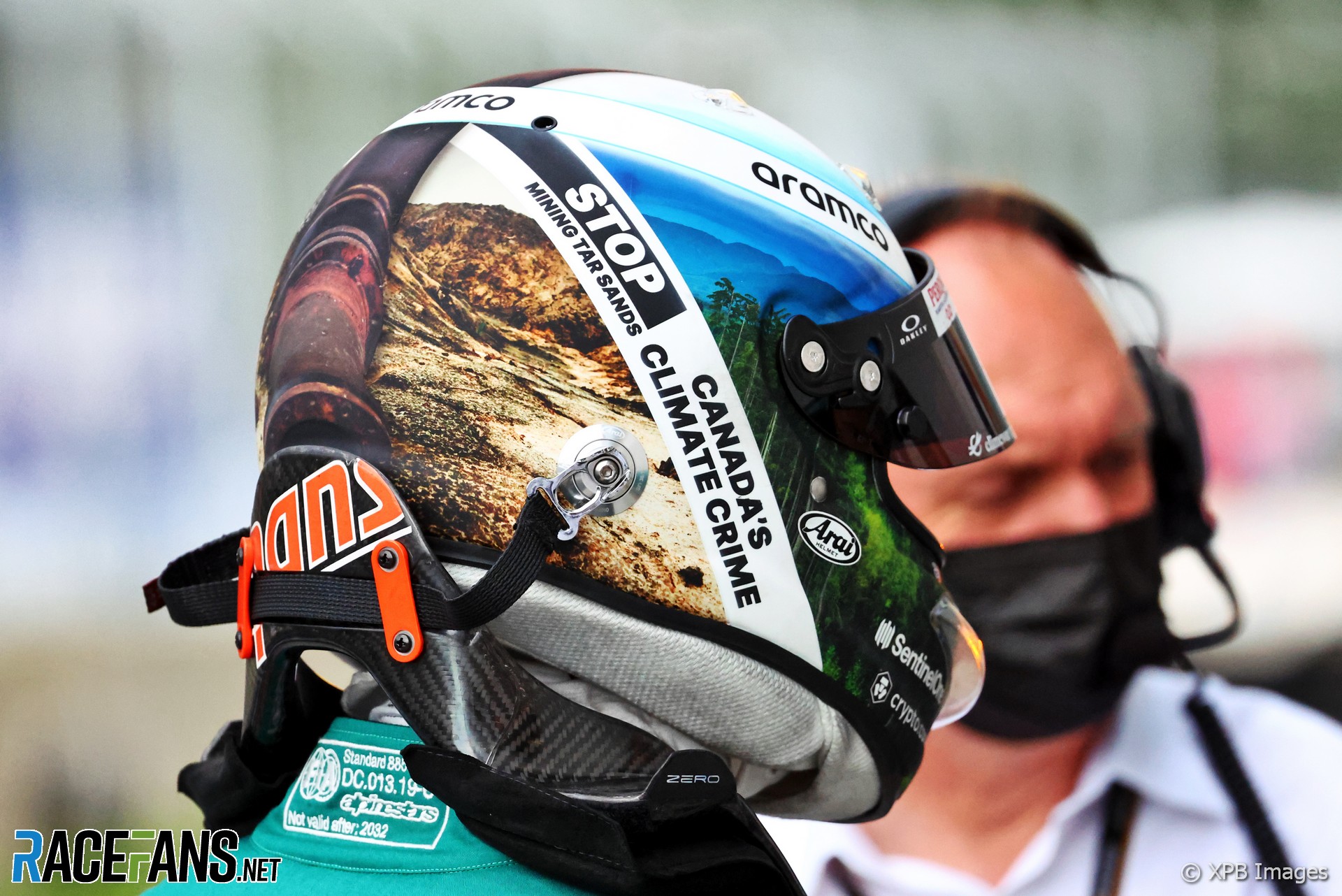 Formula 1 drivers and other participants in FIA events have been banned from making “political statements” without the permission of the governing body.

The clampdown has been defined in an update to the International Sporting Code, the rules which govern all series run by the FIA.

The FIA has banned “the general making and display of political, religious and personal statements or comments notably in violation of the general principle of neutrality promoted by the FIA under its Statutes, unless previously approved in writing by the FIA for International Competitions, or by the relevant ASN for National Competitions within their jurisdiction.”

Competitors are also advised that “failure to comply with the instructions of the FIA regarding the appointment and participation of persons during official ceremonies at any Competition counting towards a FIA Championship” will now be considered a breach of the regulations.

The FIA has previously taken steps to prevent F1 drivers from using the attention races attract to highlight causes which concern them. Drivers were prevented from wearing T-shirts during the podium ceremony after Lewis Hamilton displayed one bearing the message “Arrest the cops who killed Breonna Taylor” after winning the 2020 Tuscan Grand Prix.

Other drivers have made political statements using their race wear. Sebastian Vettel was criticised by Canadian politicians when he wore a helmet featuring the messages “Stop mining tar sands” and “Canada’s climate crime” at the Circuit Gilles Villeneuve this year. He did not wear the design for the grand prix.

Earlier this year FIA president Mohammed Ben Sulayem, who replaced Jean Todt in the role 12 months ago, contrasted Hamilton and Vettel’s outspoken stance on social issues with that of past drivers. Ben Sulayem held up likes of Niki Lauda and Alain Prost, who he said “only cared about driving” as examples.

“Now, Vettel drives a rainbow bicycle, Lewis [Hamilton] is passionate about human rights and [Lando] Norris addresses mental health,” said Ben Sulayem. “Everybody has the right to think. To me, it is about deciding whether we should impose our believes [sic] in something over the sport all the time.” He later issued a statement stressing his commitment to diversity and inclusion.

A further update to the ISC has revised the definition of acts of “misconduct” in the eyes of the rule-makers. Previously drivers had been forbidden from “insulting” behaviour “especially by using offensive gestures, signs or language (written or verbal).” The expanded section now prohibits “the general use of language (written or verbal), gesture and/or sign that is offensive, insulting, coarse, rude or abusive and might reasonably be expected or be perceived to be coarse or rude or to cause offense, humiliation or to be inappropriate.”

The FIA Statutes continue to declare that the governing body “shall promote the protection of human rights and human dignity, and refrain from manifesting discrimination on account of race, skin colour, gender, sexual orientation, ethnic or social origin, language, religion, philosophical or political opinion, family situation or disability in the course of its activities and from taking any action in this respect.”