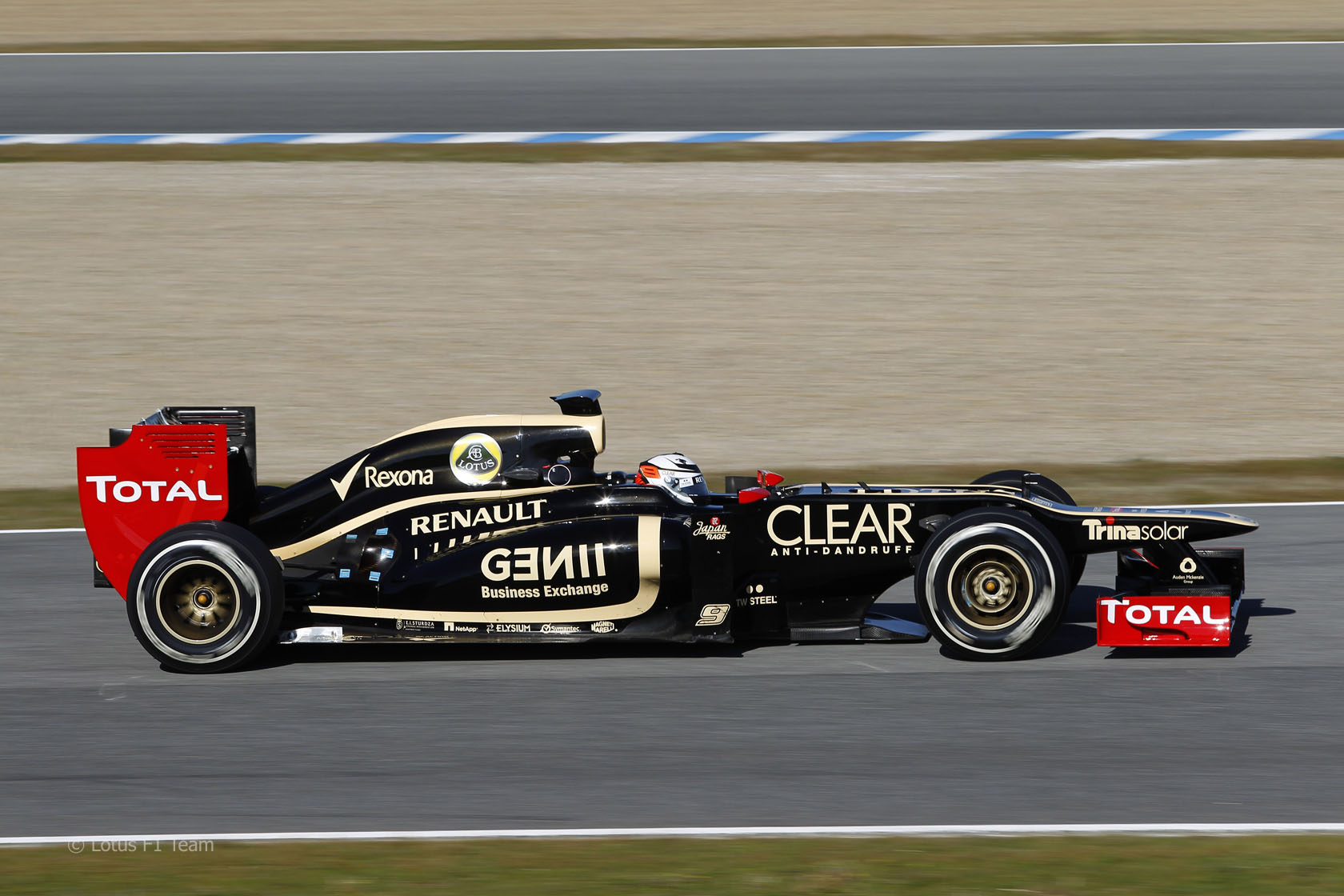 Kimi Raikkonen got his F1 comeback off to a positive start as he set the quickest time in testing at Jerez.

Raikkonen ran a series of rapid laps in the morning culminating in a 1’19.670 which put the Lotus E20 at the top of the times.

Paul di Resta came closed to deposing him with a best effort just a tenth of a second slower in the new Force India.

As always, the headlines times should not be taken as a simple reflection of who’s quickest and who’s slowest. For example, HRT (running last year’s car) were only 5% slower than the fastest time, well below the 7-8% range typically seen in last year’s races.

With nine new cars in action on the first day of the test some teams had comparatively quiet days.

Mark Webber got the year off to a slow start for defending champions Red Bull. He was unable to run during the first few hours of the session as fog at the track delayed the arrival of parts for the new RB8.

Heikki Kovalainen logged 28 laps in the new Caterham CT01 but his day’s running came to an end when the car’s starter developed a fault.

Another driver whose test ended early was Daniel Ricciardo. A drop in oil pressure on his Toro Rosso STR7 caused him to pull over with just over half hour remaining, causing the first red flag of the day.

“We had a very productive morning, doing over 40 laps and we made good progress with our programme,” said Ricciardo.

“Then in the afternoon, we did a couple of longer runs, but had to cut it short, although we only lost an hour. I was using the medium tyre on that last run, having used hard tyres for the rest of the day.”

Meanwhile Kamui Kobayashi, who had shaken down the Sauber C31 yesterday, did over 100 laps in the new car today. But he hit trouble with less than half an hour left in the session, bringing the red flags out a second time.

A brief restart gave Pedro de la Rosa time to post the final improvement of the day in last year’s HRT, before the chequered flag brought the first official test day of 2012 to an end.