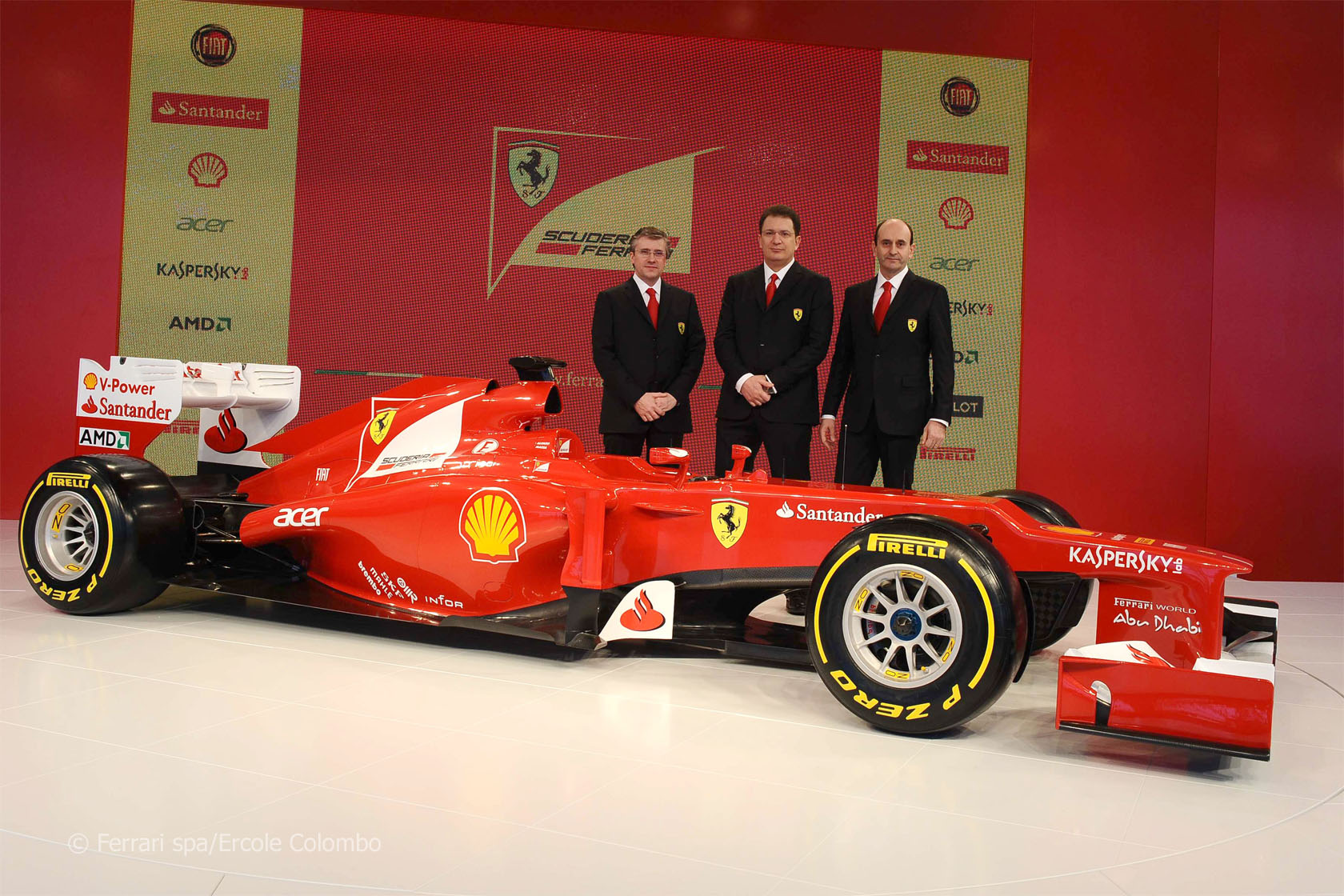 Ferrari have revealed their 2012 F1 car in Maranello. The team’s latest challenger has been named the F2012.

After Fernando Alonso narrowly missed out on the championship in 2010, Ferrari endured a poor season by their standards last year. Alonso won just once and Felipe Massa never finished higher than fifth.

The team vowed to take a less conservative approach with their new car.

“The main changes when compared to 2011 concern the height of the front section of the chassis, the position of the exhaust pipes and the mapping for the electronic engine management,” said a statement released by the team.

“Practically every area of the car has been fundamentally revised, starting with the suspension layout: both the front and rear feature pull-rods, aimed at favouring aerodynamic performance and lowering the centre of gravity.

“The front wing is derived from the one introduced on the 150?é?? Italia in the final part of its racing life and has been evolved from there. Further evolutions are planned in this area for the opening races of the season.

“The nose has a step in it that is not aesthetically pleasing: with the requirement from the regulations to lower the front part, this was a way of raising the bottom part of the chassis as much as possible for aerodynamic reasons. The sides have been redesigned, through modifications to the side impact structures, the repositioning of the radiators and revisions to all aerodynamic elements.

“The lower part of the rear of the car is much narrower and more tapered, a feature achieved partly through a new gearbox casing and a relocation of some mechanical components. In recent years, the area of exhausts has been crucial in terms of car performance and much effort was expended on this front, based on changes to the regulations introduced this year. The rear wing is conceptually similar to the one used in 2011, but every detail of it has been revised and it is now more efficient.

“Naturally, it is still fitted with DRS (a drag reduction system,) which is operated hydraulically. The front and rear air intakes for the brakes have been redesigned and work was carried out in collaboration with Brembo to optimise the braking system.”

Heavy snow in Maranello forced the team to cancel their launch ceremony and scrap plans for a shakedown run on their Fiorano circuit.

Here are the first pictures of Ferrari’s new F1 car: