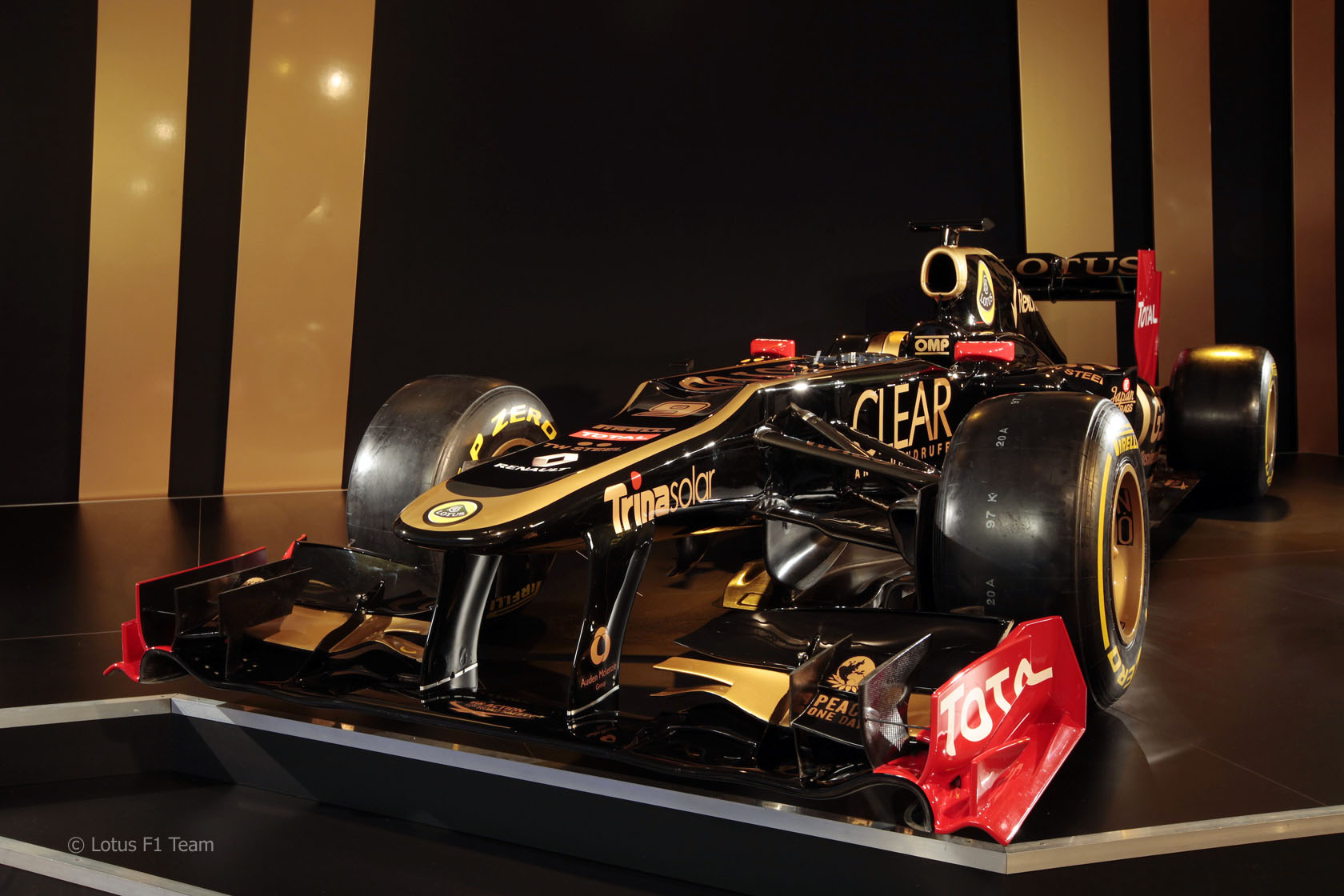 The Lotus E20, the team’s 2012 F1 challenger, has been revealed today. See the video above for the first images of the car.

The team which competed as Renault in 2011 has changed identities and has an all-new driver line-up for this season.

The E20 will be raced by Kimi Raikkonen and Romain Grosjean. Raikkonen will be first to drive the car in testing at Jerez in the coming week.

Lotus were known to have been working on a reactive ride height system for the E20, which they tested on its predecessor in Abu Dhabi last year. However the system was banned by the FIA last month.