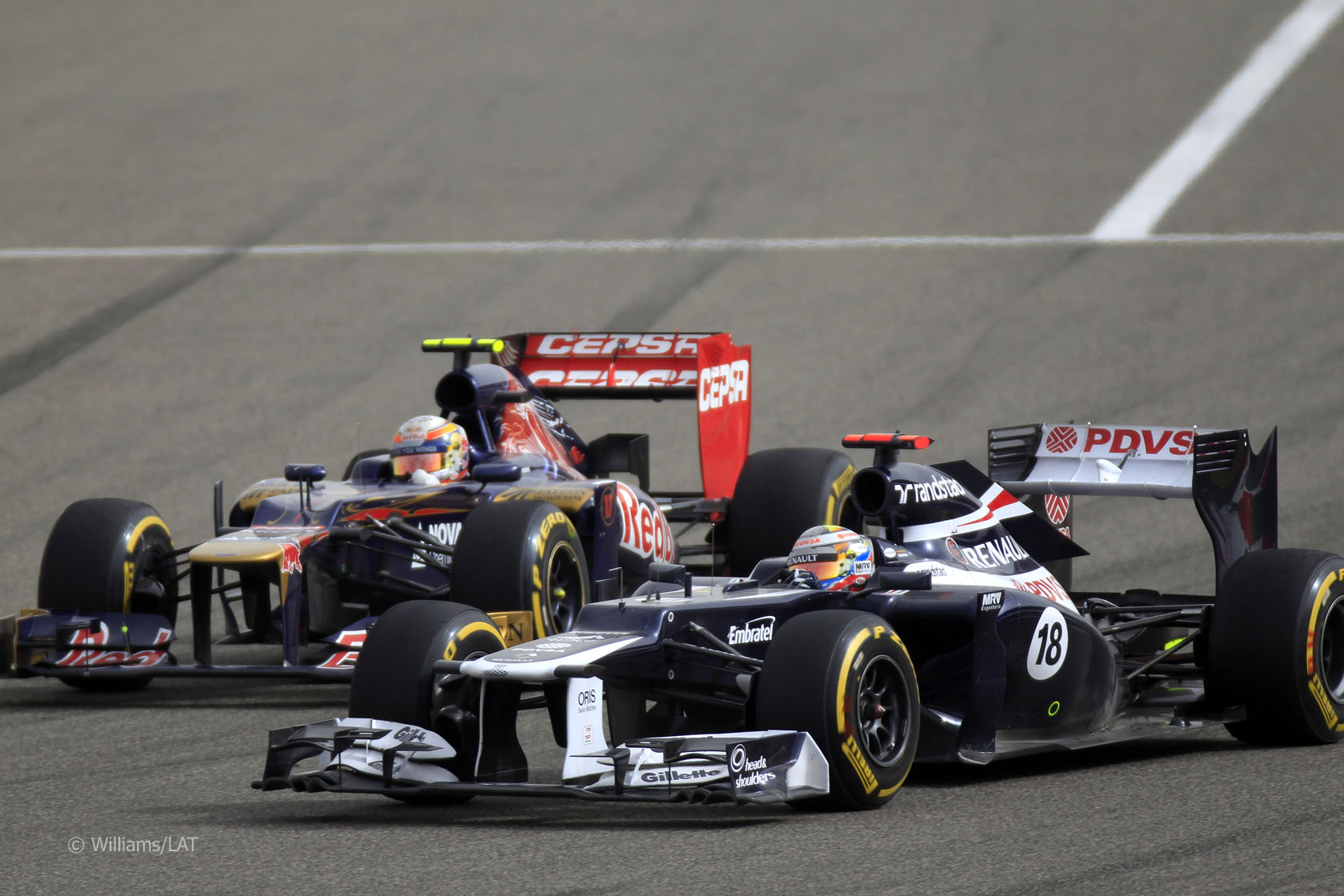 F1 will continue to use two DRS zones with separate detections points in Bahrain this weekend.

The Bahrain International Circuit will retain the same zone used on the pit straight for this weekend’s race. It will be augmented by a second zone covering most of the third straight on the track which runs parallel to it. Each will have their own detection points.

Sergio Perez expects the zones will provide “some decent racing”.

“The two best overtaking opportunities are into the turn one and turn four hairpins,” he said. “They’re both good places to attack – you can force another driver onto the inside line and then attack on the exit, when they’re more vulnerable.”

“The second DRS zone will mainly be used to close the gap down to the car in front, before attacking again along the pits straight.”