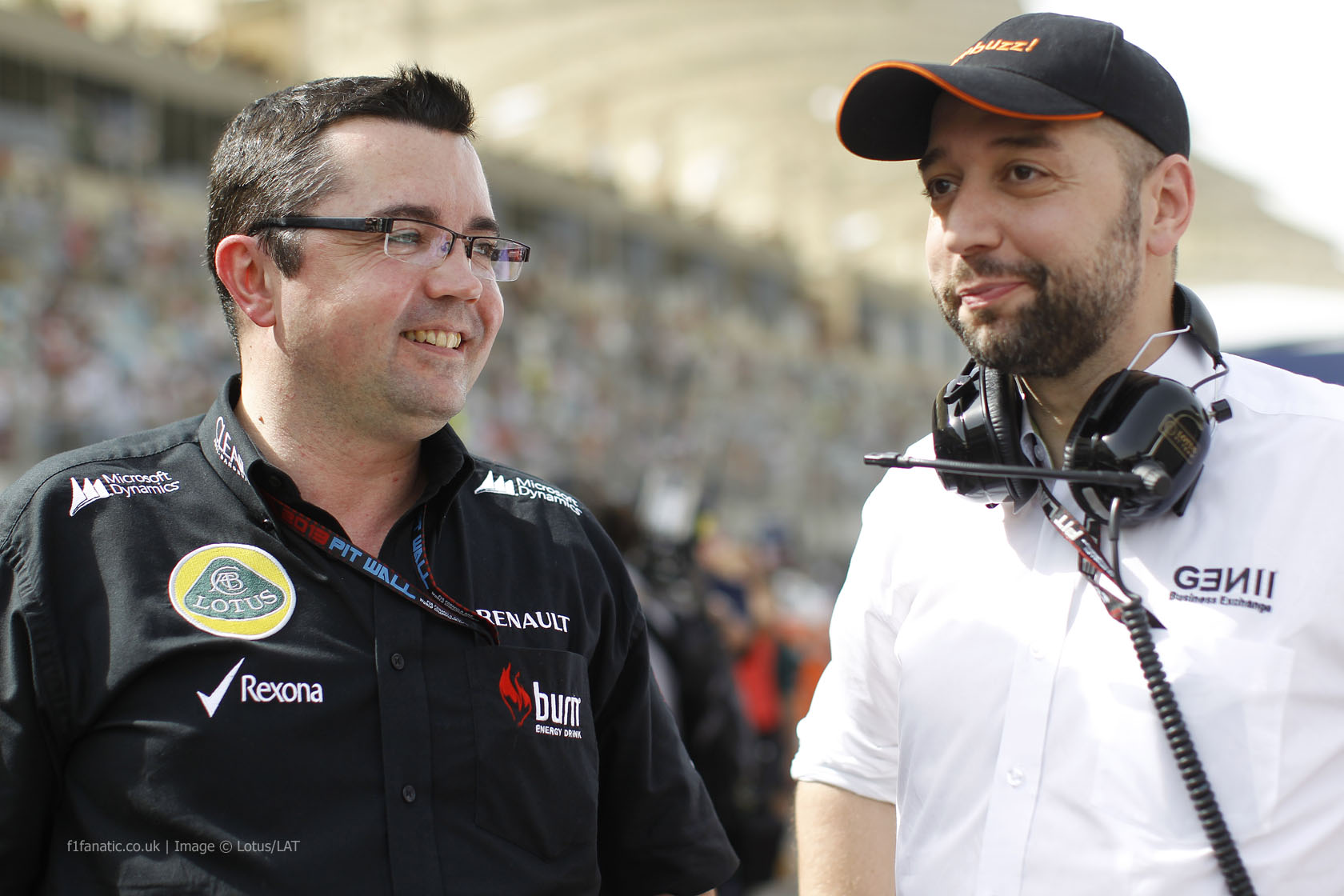 Lotus has confirmed team principal Eric Boullier has left after four years with the team. Co-chairman Gerard Lopez will take over as team principal.

Rumours immediately linked Boullier to a move to McLaren, who are due to unveil their new car at noon today.

“We thank Eric for all his hard work over the past four years and we are confident we can continue to fight as one of the top teams in Formula 1 over the seasons ahead,” said Lopez.

“Lotus F1 Team has never stood still and we head into what promises to be an exciting 2014 season with an innovative new car, new partners and a new management structure at Enstone,” he added.

Lotus intend to reveal their new car, the E22, at the beginning of the Bahrain test on February 19th. Lopez also used the statement to announce a new sponsor, Yotaphone.

Boullier joins the list of key staff members which have left the team in the last 12 months, including designer James Allison and aerodynamicist Dirk de Beer who moved to Ferrari. Boullier joined the team in 2010, when it was called Renault.

77 comments on “Lopez takes over as Boullier leaves Lotus”