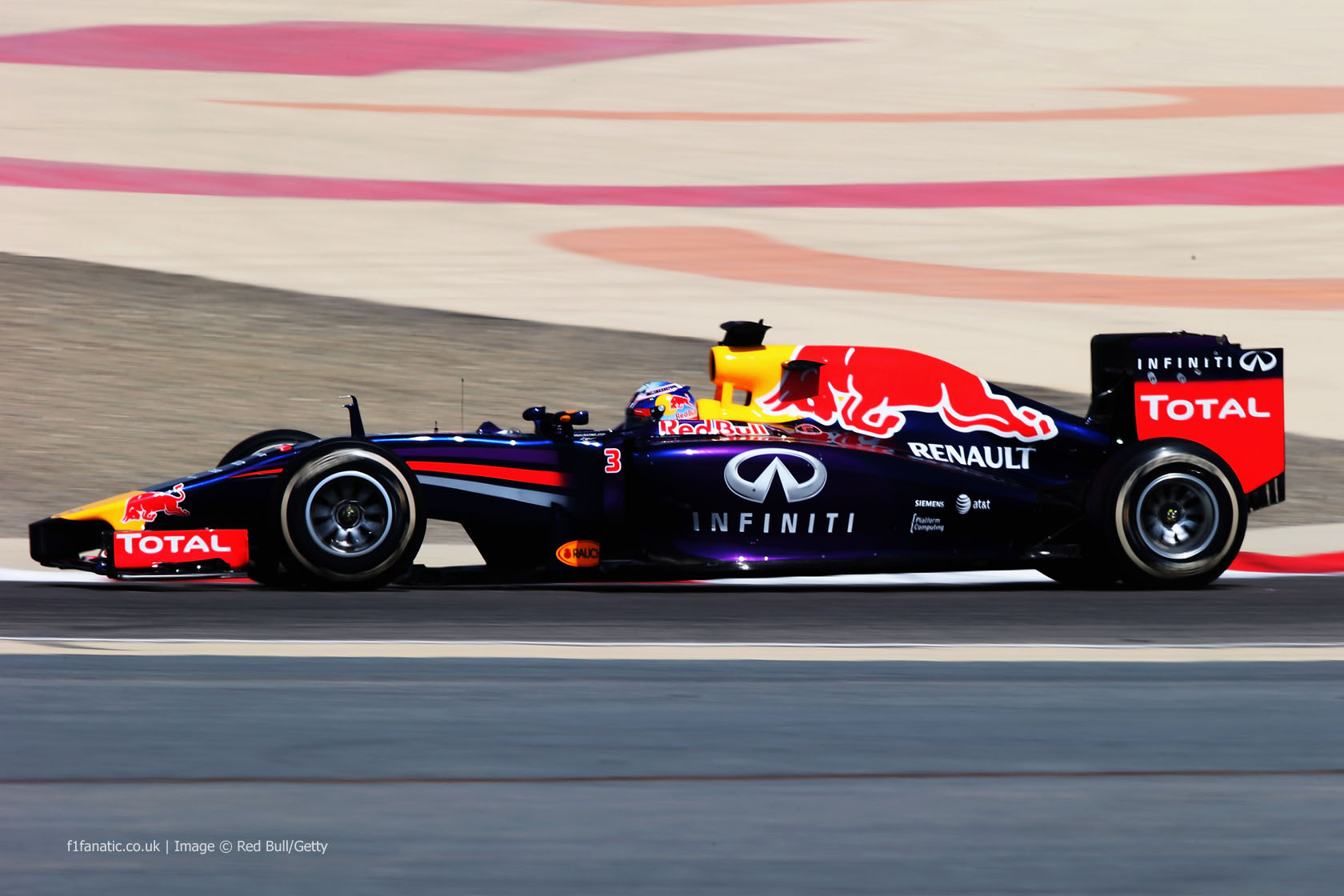 In the round-up: Renault admit they are several weeks behind where they planned to be in their engine development programme.

“We are some weeks behind where we wanted to be, and we acknowledge it will take time to unlock the full performance of the [power unit].”

Nick Chester: “We certainly haven’t gone badly this week in comparison to the other Renault teams and I know they are having a few problems.”

‘I destroyed the car quite badly’ – Kimi (ESPN)

“Maybe it was me, but sometimes it happens and it’s not like it’s the end of the world even if people like to think it is. I just got wheelspin and went to the inside and into the wall.”

“In terms of reliability I managed to complete the race distance today, so that’s been good. Nevertheless the car did break afterwards so there’s still some way to go.”

“We’re Getting There” – Pastor Maldonado on the Bahrain Test (Lotus)

“Today we didn’t have any big problems with the car. It’s true we didn’t get the mileage we wanted over the four days but today was quite good.”

Bernie Ecclestone: “[Vladimir Putin] knows what he wants to do and he gets on and does it. I’ve never had any fear that what he agreed to do wouldn’t happen. I think (Russia has) done a first-class job for F1 and a super job for the Olympics.”

Even #Massa is getting confused. He keeps hearing 'Felipe' on the radio and panics that he is supposed to be doing something! #Bahrain

Encouraging signs from the second test about the performance of the new generation F1 cars:

Just one second slower than last year’s pole position, these engines are a lot more powerful than anyone expected. 336kph through the speed traps yesterday, I’m starting to like these new regulations!
@Roald Although Nakajima owed much of his F1 career to his Honda backing, he distinguished himself by setting fastest laps in appalling conditions at the 1989 Australian Grand Prix.

That was the last race of his three-year stint at Lotus alongside such illustrious names as Ayrton Senna and Nelson Piquet.

He infamously tangled with one of his former team mates – Senna – while being lapped during his second race for Tyrrell in 1990. Reunited with Honda the following year, Nakajima bowed out at the end of his fifth season.

His son Kazuki later spent two-and-a-half years driving for Williams thanks to the patronage of Honda’s rivals Toyota.