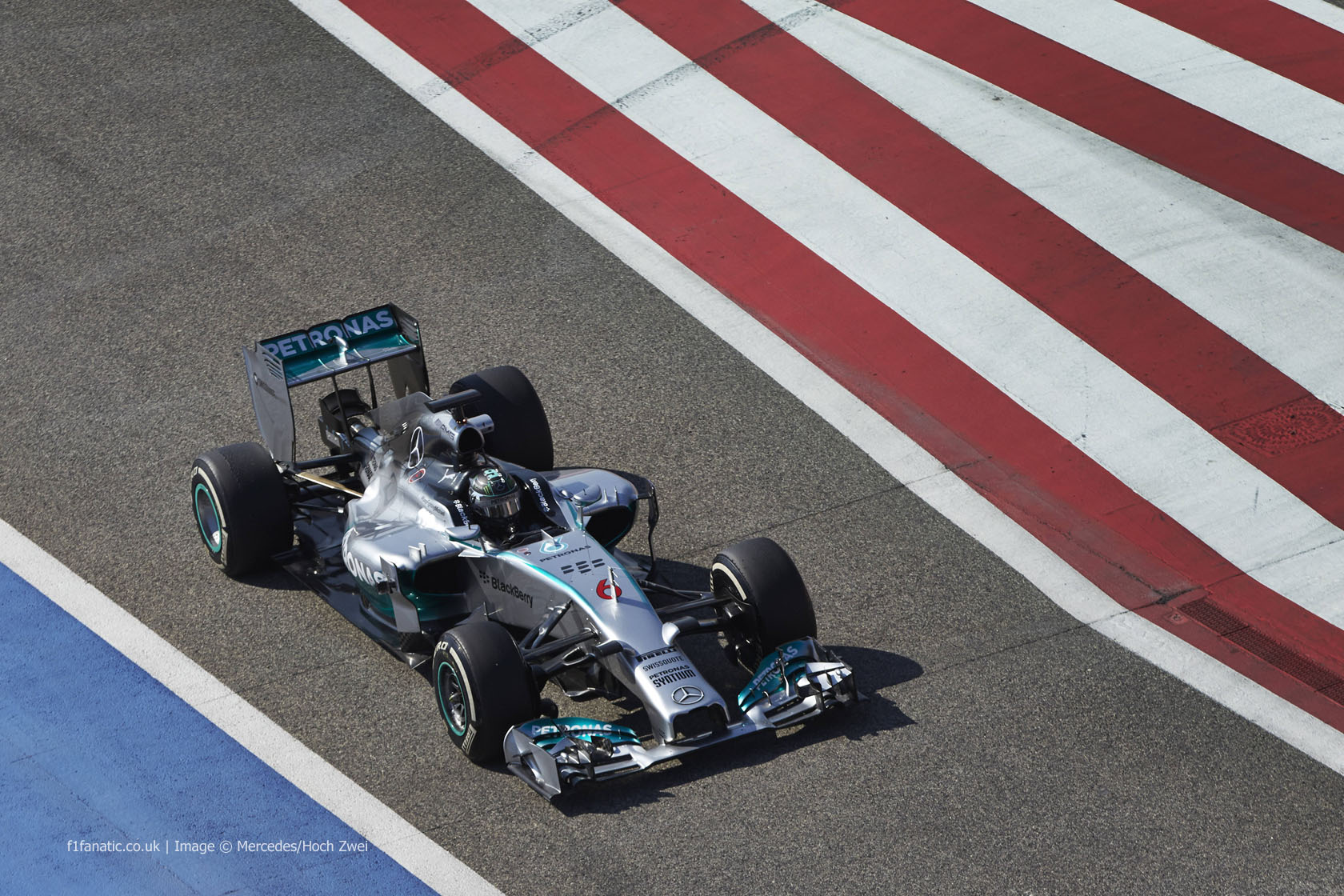 Formula One teams are not far off achieving the levels of performance seen with last year’s cars, according to Pirelli.

Motorsport director Paul Hembery said: “As the lap times in Bahrain have shown, we’re already very close to 2013 levels of performance, despite much smaller capacity engines and a completely fresh set of technical challenges.”

The fastest time of last week’s test, set by Nico Rosberg, was less than a second off the pole position time he set last year.

Hembery said Pirelli’s tyres for the new season will not degrade as severely as last year’s rubber did: “The contact patch is greater, to help put down the extra torque, and the working ranges are wider to reduce degradation.”

“It’s still early days, but so far we’ve seen both performance and durability from our latest P Zero tyres, which all feature new compounds and structures to maximise the unique power characteristics of the latest-generation cars,” he added.

Hembery expects teams to concentrate more on tyre work in the final four-day test which begins tomorrow: “We saw more work on tyres at the recent Bahrain test than there had been at the very first test in Jerez, and with teams likely to be attempting more qualifying and race simulations this week in preparation for the opening grand prix, we would expect this upward curve of tyre work to continue over the final four days in Bahrain.”