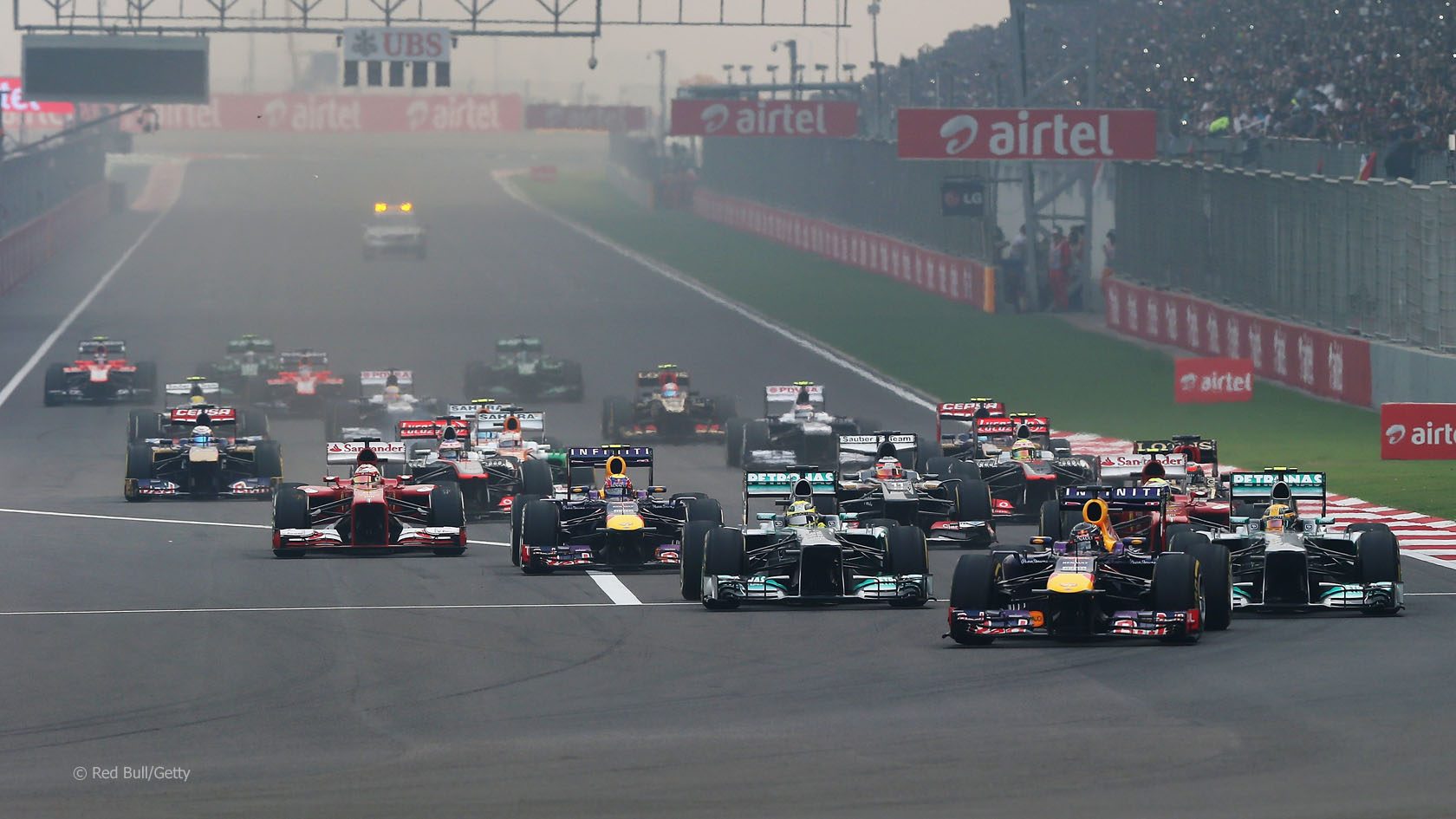 In the round-up: Bernie Ecclestone says the Indian Grand Prix won’t return to the F1 calendar in 2015 as originally planned.

F1 Fanatic turns nine years old this week and I wanted to take the opportunity to thank all of you who read the site, post comments and share it with your friends.

It’s thanks to you help that the site continues to grow and I’m deeply grateful to everyone who has been part of it and made it such an enjoyable and rewarding endeavour.

And I’m extra-grateful to the growing numbers of you who are helping the site to grow and expand by contributing to it through the F1 Fanatic Supporter scheme.

If you would like to find out more about becoming an F1 Fanatic Supporter, see here:

Indian Grand Prix must wait until at least 2016, says Bernie Ecclestone (The Guardian)

“At the moment, India won’t be on for next year for sure. Probably 2016… they’re gradually getting over all the bureaucracy with the tax position inside the country and the general finance.”

“HIG outmanoeuvred Formula One supremo Bernie Ecclestone, who had also submitted an offer for the circuit, which at 20km is the world’s longest race track but has not hosted a Grand Prix since Niki Lauda crashed there in 1976.”

“The German Grand Prix is in trouble because they haven’t got any money.”

“I am in court for two days a week on Tuesday and Wednesday. The judge did it so I am able to go to races at the weekend.”

“The two that you would pick out that look strong and consistent are Mercedes and Williams. In a way it is not good when you are behind certain teams, but I am happy for Frank Williams that they have a competitive car so far this year.” “When I drove [the Porsche 919 Hybrid], I knew immediately I’d made the right decision. It’s heavier of course, so it’s obviously not as responsive as an F1 car. But these cars are very complex under the skin, and this is the next best category to F1 by a mile.”

Deputy team principal Bob Fernley: “The thing that the fans find exciting, but teams find worrying, is when you go for a gap at Monaco that isn’t there.”

“[Susie Wolff] had her first ride on a motorbike at two and was in a go-kart at eight. ‘That first time, I remember that all these little boys kept hitting me. I came into the pits and I said to my dad: ‘I don’t like it. It’s awful.””

“Baku is an exciting prospect, and could be a positive addition to the F1 calendar. But ensuring that the grand prix is free from the basic errors that plagued last year’s GT race will mean a lot of work for the FIA, and a lot of sleepless nights for Charlie Whiting.”

Insight: Behind the scenes look at how Formula 1 TV now operates team radio and other functions remotely (James Allen on F1)

“From here they can monitor the programme vision sources and output, many of the formula1.com functions, and even operate robotic track camera heads at the circuit. And for this season all of the Team Radio is going to be managed from here.”

Giancarlo Fisichella: “I will never forget the lap when you gave me a lift on the sidepod of your Ferrari, when I stopped out on track with a problem at Hockenheim! I’m waiting to enjoy a nice game of football with you. Forza Michael!”

Description from the Digital Spy forums via Vee8: “Found something interesting when going through some old stuff earlier. The first F1 Digital+ broadcast was the 1996 German Grand Prix, However I’d read in the past that they did a full system trial at Silverstone which was never broadcast. In 2007 Premiere broadcast a short highlight program for Silverstone 1996 as part of their ‘Die Besten GP’ series and I captured it. At the time I missed the fact that it seems to be using the footage shot during the F1 Digital+ full trial. For the first four to five laps it’s the TV pictures from the BBC World-feed but the graphics are handled differently. Then from lap five on they start using some of their own trackside camera angles, a few of which would remain FOM angles going forward. I put together a video running from the start of the race to the time Premiere’s highlights cut forward a few laps to show the differences. The world-feed via EuroSport is in the picture-in-picture window and what seems to be the F1 Digital+ trial footage is full-screen.”

Also, don't tell Ron, but I spotted a typo on one of the trophies… #F1 pic.twitter.com/0fr4Mm2mkp

Here’s what an Azerbaijani F1 fan had to say about the prospect of a race in Baku:

I feel I’m bound to comment on this, as I’m actually from Azerbaijan and previously lived there for some 18 years.

On one hand, with Bernie Ecclestone and Flavio Briatore ostensibly involved; the deal is going to be as corrupt as any on the Persian Gulf. Expect multibillion venue a-la Yas Marina with fantastic facilities, developed infrastructure, some marina/seaside cityscape background. Do not expect a good track (probably a rather boring Tilkedrome); flat-as-a-car-park (Baku has very little elevation to offer); corrupt politicians and eye-cringing glamour to roam around. Think Monaco without racing tradition.

On the other hand; well, it may not be a strictly European race, but with unlimited oil budgets, the authorities are going to make sure it feels like one. More so than Istanbul Park. The flights from major European hubs are not long-haul, the tickets can be pretty cheap (I’m sure the government will subsidise national carriers from Europe too – they like nothing better than Western exposure) – you can get a return from London for like £250.

The setting is very welcome to tourists; hotels are top-notch (again, think Abu Dhabi), the country is virtually free of street-level crime, and tons of British/American expatriates live there on permanent basis.

I do hope that this race also improves the situation with racing drivers’ situation in Azerbaijan. The country genuinely loves racing (they do most of it on the busy streets though); and government will invest in just about anything that will boost their perceivable image. Yet the karting facilities are severely lacking (there were zero available outdoor tracks last time I visited) and most aspiring drivers I know race here in Great Britain.

Traffic is going to be a nightmare, as getting anywhere in Baku requires a lot of patience, time, and self-restraint.

Other than that, I’m quite happy to have a ‘home race’ for what it’s worth.
Marsianwalrus (@Einariliyev)

Mario Andretti scored the first victory of his Formula One career today in 1971.

He couldn’t have wished for a better to start in his first race for Ferrari, although he only ran a partial season for the Italian team.

Andretti took the win after long-time leader Denny Hulme dropped out with suspension failure late in the race. Jackie Stewart was second for Tyrrell ahead of Clay Regazzoni.