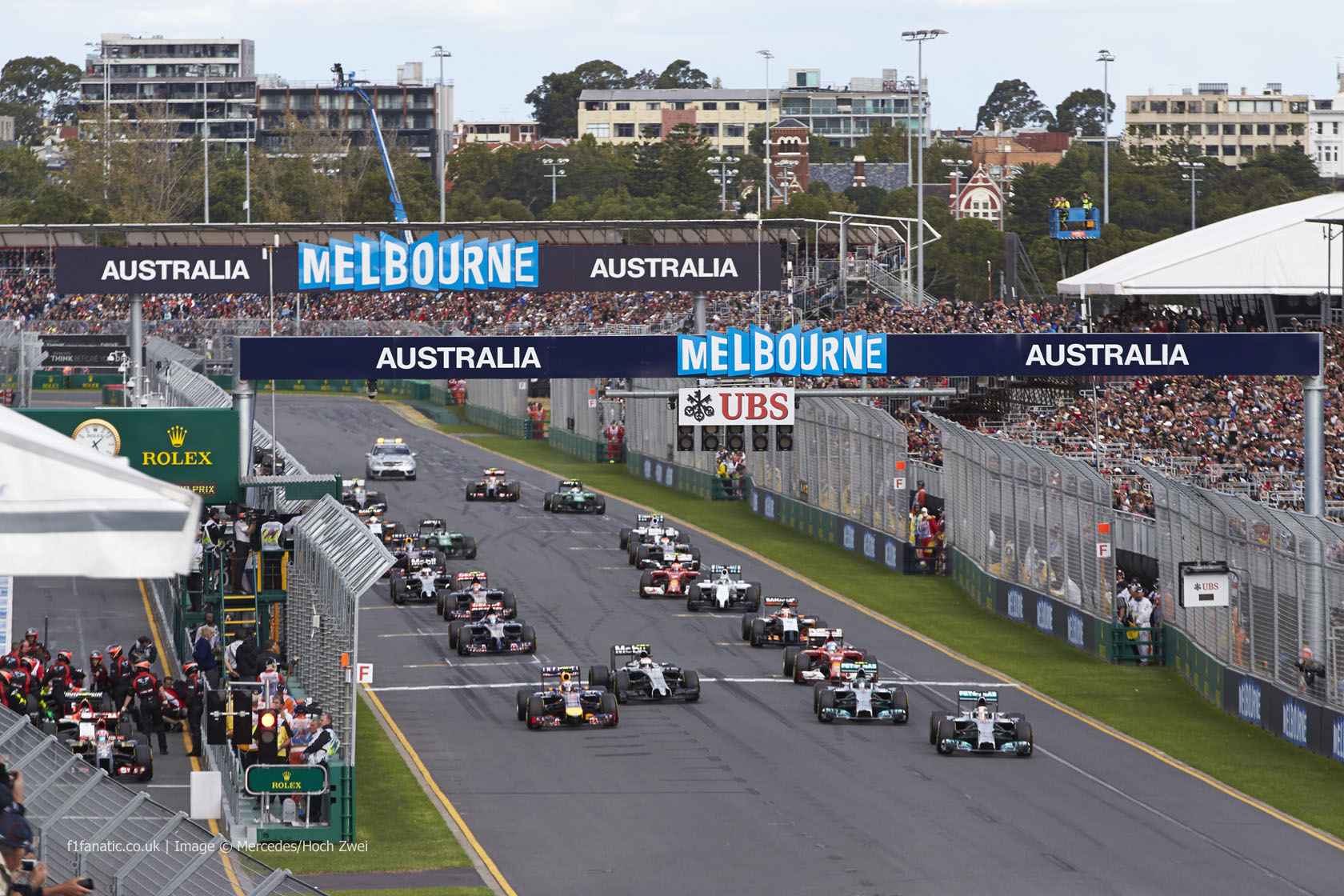 F1 drivers have defended the sport against the criticism its new engines have received from some quarters since the first race of the season.

Bernie Ecclestone and Australian Grand Prix promoter Ron Walker were among those to complain about the quieter sound of the cars in Melbourne. Lap times were also considerably slower than last year, by over three seconds.

During the Malaysian Grand Prix press conference drivers said the cars will get quicker and the complaints will quieten down.

“I remember like when they come V10 to eight, it was quite similar headlines and after few months already everybody forgets,” said Kamui Kobayashi. “So I don’t think it’s a big problem.”

“I think for us it’s still, for a driver, it’s more challenging to drive so I’m pretty happy,” he added.

Daniil Kvyat said: “It’s quite popular to criticise Formula One nowadays I think.”

“It’s still fast, it’s going to be faster all the time. We see the end of the year how much is it compared to, or not. So it’s early days.”

Round one winner Nico Rosberg said the change was “all good for F1”.

“It’s changed the pecking order around which is definitely good for everybody because the same guy winning last year, we needed a bit of a change on that. So that’s been good.

“And the cars are great to drive, that’s fine. So I think it’s all good.”