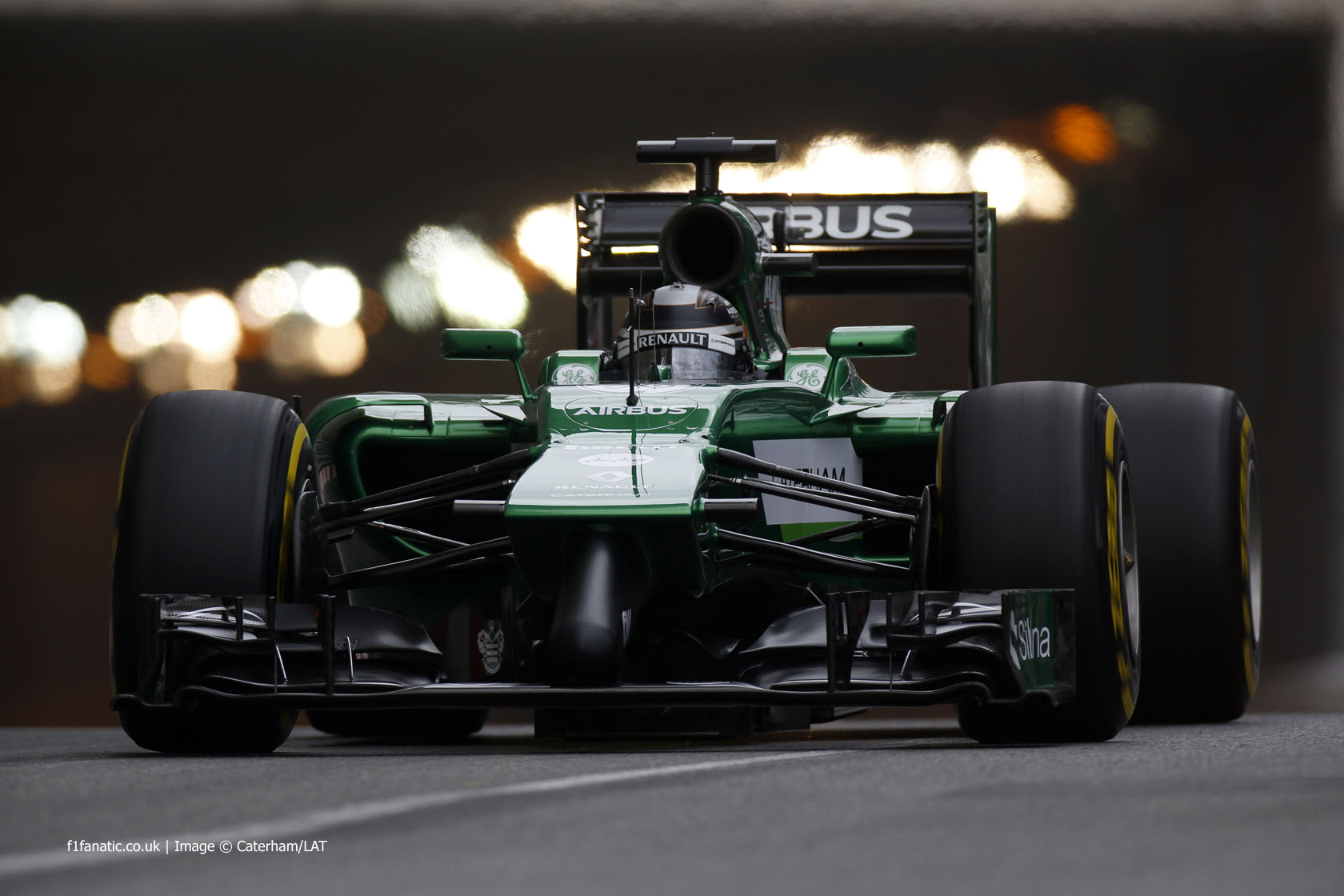 In the round-up: Caterham team principal Tony Fernandes is reportedly seeking to sell his Caterham Group, including the group’s F1 outfit.

“Little wonder Fernandes has given up on motor racing: the QPR owner wants to sell his Caterham Group, including the F1 team who failed miserably again at the Monaco Grand Prix, for an optimistic £350 million.”

“Formula One’s teams made combined net losses of $520.6 million over the three years to the end of 2012 according to new research which also reveals that nearly half of it was burned up by Russian outfit Marussia.”

“We are not friends,” Hamilton told Sky Sports F1. “We are colleagues.”

Jenson Button is encouraged by progress made at McLaren (BBCF1)

Button: We put a few things right. This is a course where you need mechanical grip, and that bodes well going into Canada.”

Bianchi: “Nobody knows just how much work and determination goes into our races, so today I am thrilled that I have helped them to achieve their long-held target of our first points. To achieve them together makes me very proud.”

Nico Hulkenberg Q&A: We punched above our weight (Formula1.com)

Hulkenberg: “I want to deliver good performances and races where you make the maximum from your possibilities – these are the races that really put a smile on your face. For me it could go on and on and on like this.”

Thank you for all your support! Bring on Canada!! #teamlh – photo by http://t.co/TwedY39GS7 pic.twitter.com/zY2eun5KW4

Cool to be on the podium in the principality. Race didnt start well but ended better so pretty content with 3rd. Thanks for everyones…

… support it's been a fun week as always here. Driving round here in an F1 car will never get old. Just awesome pic.twitter.com/2z8dYA8vbr

Congratulations to Bianchi who finishes eighth on the road, which will be ninth after his 5s penalty, for Marussia's first points! #F1

Deux Points! Hardly dared to dream in the closing stages of the race, but what a fantastic reward for everyone. pic.twitter.com/IyzG9MLp1R

After Jules Bianchi secured Marussia’s first ever world championship points with a ninth place finish in yesterday’s Monaco Grand Prix, KeeleyObsessed is delighted for the team.

I was at the Young Drivers Test at Silverstone last year, and we got a chance to go into the pitlane at the end of a great session and have a look at the teams. A lot of teams put out ‘show cars’ with bits from different years. I think I identified one car as having rear wing, exhausts and front nose all from different years. One team didn’t. They put a current car out.

A lot of teams just had a few minor mechanics out giving out ‘driver cards’. One team didn’t, they had their test driver out there talking. Me and my Dad got talking to another guy from the same team. He said that at events like the Goodwood Festival of Speed, most F1 teams run older cars due to the testing restrictions. They didn’t, running the 2013 car, with the 2013 engine and drivers. They had to apply to the FIA as part of their testing day count. They did it for the fans.

Coming away from that Silverstone test, I looked up on my phone to check who that man was. I was right in my suspicions. The man was Graham Lowdon, the team was Marussia. From that day I gave the Marussia team my full respect, always hoping they would make that move into the points at long last.

I asked Graham whether he thought Marussia could get points in 2014. He said he hoped so. I’m so glad they scored points today.
KeeleyObsessed

88 comments on “Fernandes to put Caterham Group up for sale”