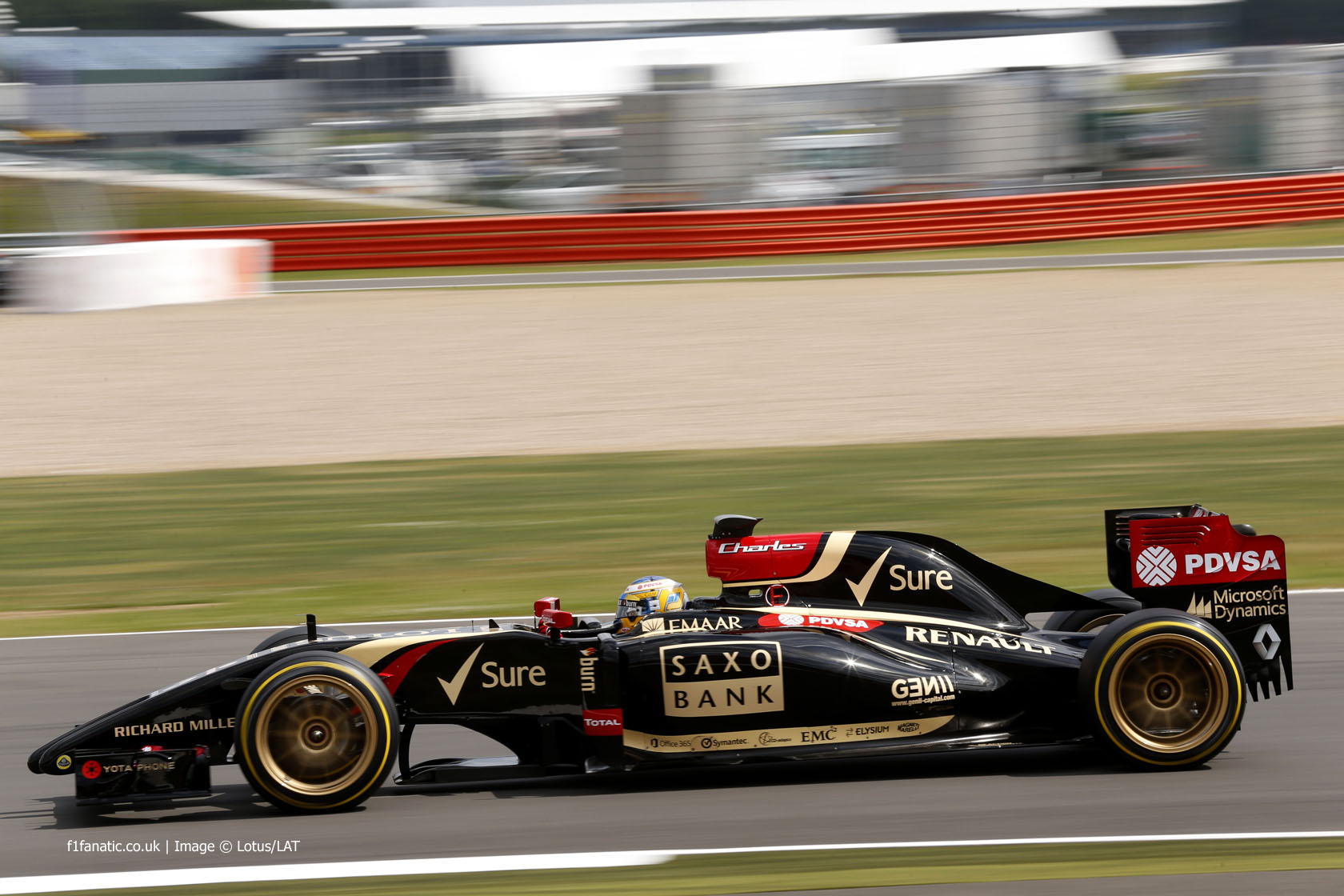 In the round-up: Pirelli motorsport director Paul Hembery says they are more interested in developing tyres for 19-inch wheels having tested an 18-inch version earlier this year.

Which drivers and teams do you support?

Here’s how to show who you’re supporting on F1 Fanatic:

“We are doing a lot of work – probably focusing on 19-inch now, if I am really honest with you. We are carrying on our work internally on those developments and so from our point of view it goes ahead.” Red Bull’s motorsport director Helmut Marko has reportedly taken an interest in Max Verstappen, son of former F1 driver Jos Verstappen, who is currently second in the European Formula Three championship in his first season since graduating from kart racing.

Symonds: Williams form no flash in the pan (F1)

“I do think that is a bit of wishful thinking from Eric [Boullier] as well [saying that Williams only perform on certain tracks]. Don’t get me wrong, I do recognise the differences for us at places like Austria, but I still believe we have the third quickest car, and if we use it and develop it properly we will be third quickest at most circuits.”

“They’ve lost a lot of points this year through incidents or just not getting everything out of the car, which is good for us, because otherwise they’d be miles in front!”

F1: Fernando Alonso suggests Mercedes have been the biggest surprise of the season – and have set a new benchmark (The Independent)

“We were all struggling [in testing], but straight away they were okay, and now from 11 races they’ve won nine and nearly always been on the front row.”

How should the Formula 1 media report on the sport? (James Allen on F1)

“In 1978 it was questionable whether one should travel to Argentina to cover the World Cup. In 1936 it was even more questionable going to Berlin for the Olympic Games. The role of democracy is to permit citizens to ask each other questions on the world around them. That also applies to sport..and any barrier to this right is a brake on the freedom of expression.”

I had the pleasure to go to the White House & meet the president of the United States & 1st lady thanks to my lady @nicolescherzy , thank you:) I'm proud of you babe for being the global ambassador for the special Olympics #specialolympics #honour #1stblackpresident #obama

Lewis Hamilton: “I had the pleasure to go to the White House and meet the president of the United States and first lady thanks to my lady Nicole Scherzinger. I’m proud of you babe for being the global ambassador for the Special Olympics.”

Great news @ausgrandprix has extended contract. We love racing in Oz so not only myself but im sure all drivers are pleased with this one!

@willbuxton His dad made his #F1 debut after 52 races, Max will have started 47 by the end of the year – three against yourself, of course!

Excited to be in a country where I'm tall, let shut down begin :)

The larger the name, the more of their radio messages we've heard in 2014. Read them here: http://t.co/ZOR4wkhrz6 #F1 pic.twitter.com/sc7azlV3JE

You’re know you’re an F1 Fanatic when you relish the special feeling of getting up at the crack of dawn for a fly-away race:

I understand why people prefer using a single time zone but just to be awkward I like the oddness of early races. I have made weekends out of inviting friends over to sleep, or stay up all night and we all get up at some idiotic time in the morning to watch a race. That has been part of the excitement and charm.

On the night races I find the lights harsh, there’s no characteristic to the track and everyone looks a bit shell-shocked! I watch Le Mans through the night and love it, but part of the charm is they have headlights, the night driving is part of the challenge, and its amazing watching the sun come up over the track, but I don’t get that buzz with F1 night races. I am pleased that Australia has stuck to their guns on this one.
Orangutan

Porsche power held sway at the Hockenheimring 30 years ago today – although the engines in the dominant McLaren cars had been paid for and were branded by TAG.

In a generally unexciting race, Ayrton Senna suffered a fright when his Toleman’s rear wing failed at high speed:

Also happy birthday to Esteban Gutierrez who is 23 today!