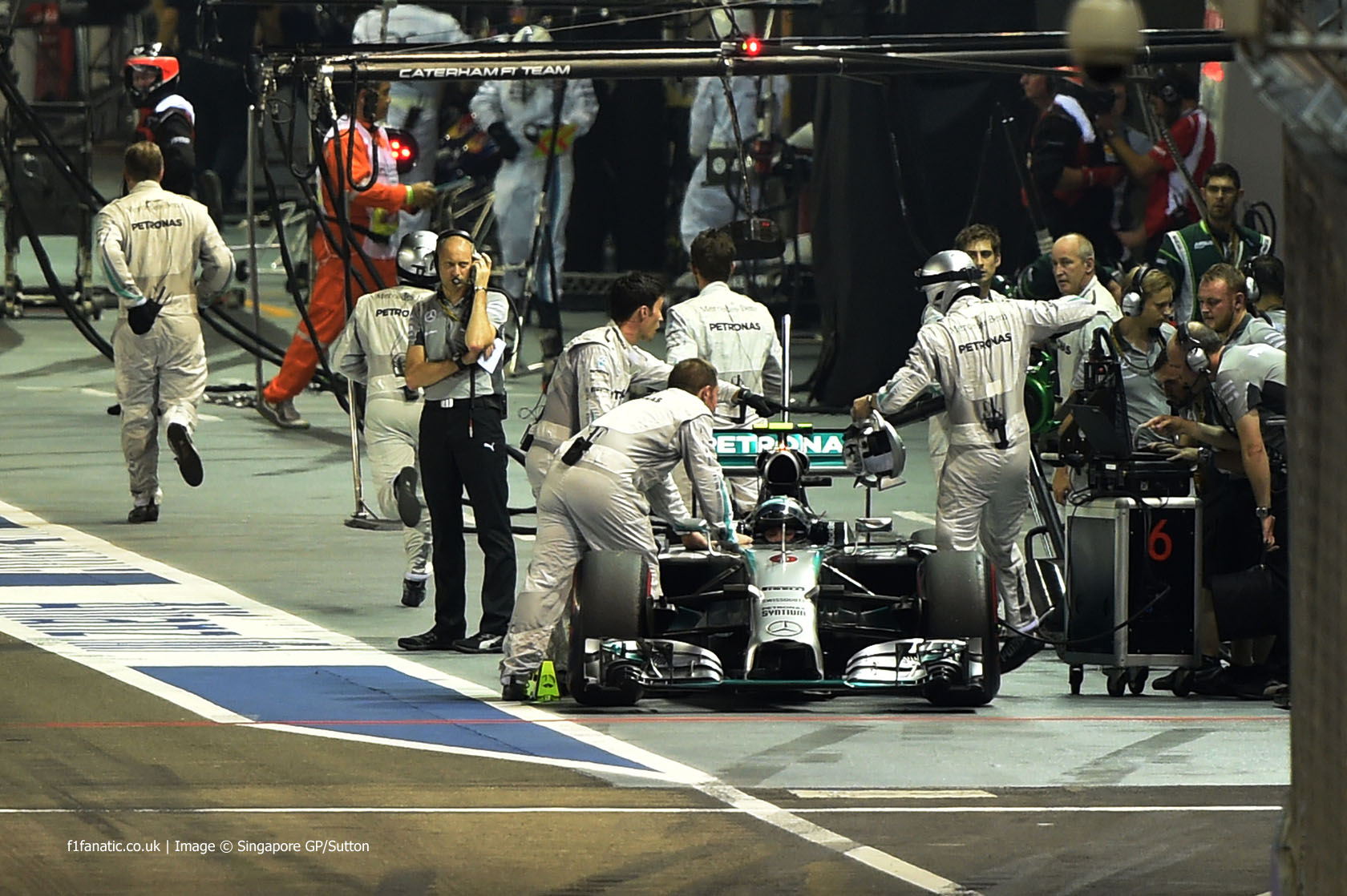 Mercedes have shed new light on the problem which forced Nico Rosberg to retire from the Singapore Grand Prix.

The team revealed on Twitter that “Forensic analysis has revealed that the steering column electronic circuits were contaminated with a foreign substance.”

“The contamination was not visible and did not manifest itself until Sunday as Nico went to the grid,” the team added. “The result was an intermittent short circuit in the electronic circuits meaning Nico Rosberg could not command clutch or engine settings.”

“Fresh parts will be used at the forthcoming races. Our hard work on reliability processes will continue at the same intensive level.”

Rosberg’s retirement was his second and the fifth for Mercedes this year, all bar one of which were directly caused by technical failures. He lost the championship lead to team mate Lewis Hamilton, who won the race.

Mercedes motorsport director Toto Wolff said the team were trying to get on top of their technical problems and does not want them to interfere with the outcome of the drivers’ championship.

“These things take time to get a grip on – but we will not stop until we stop suffering these DNFs,” he said. “We have had four of them now and it would not be satisfying at all to have the championship decided because one car let the driver down.

“We need to refocus, get our heads down and keep concentrating on preventing these reliability problems reoccurring.”

Mercedes later added the contaminant was “a substance used in normal pre-event servicing of the component”.