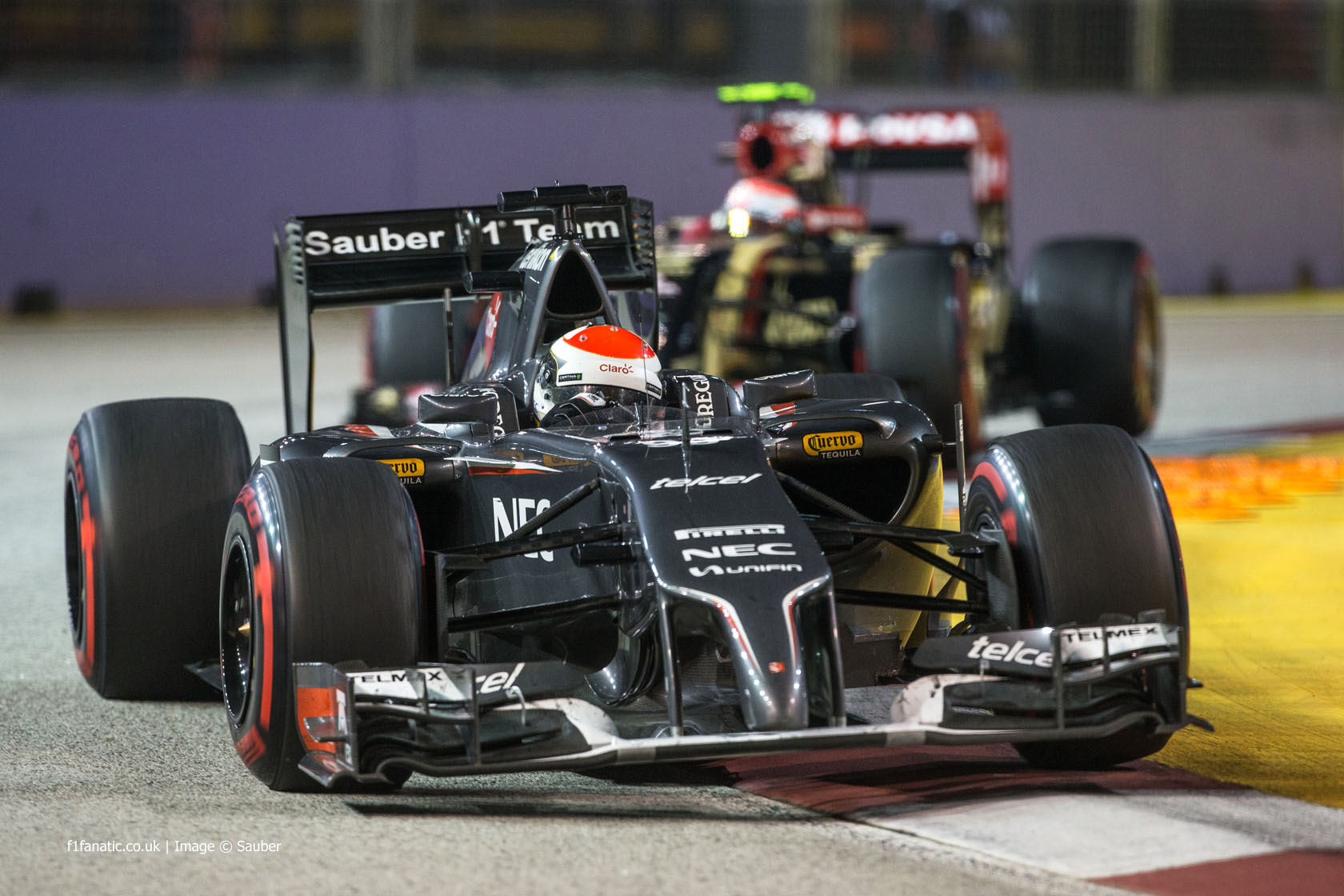 In the round-up: Sauber team principal Monisha Kaltenborn says nothing is being done to bring costs down in F1 despite increasing fears more than one team could drop out before the start of next year.

Monisha Kaltenborn: “There’s nothing being done and I think that some team principals, apart from myself, have said that something drastic needs to happen and then we’ll react.”

“It is understood that the main areas that will be investigated are tyre grip, car dimension, and aerodynamic performance.”

Manfredi Ravetto: “This is a small team which was structured as a mega, state-of-the-art, supersonic, top team – and it cannot work like this. You have to be realistic.”

“They were also told that work on the 2015 car continues with a further wind tunnel session at Toyota starting Monday and we will be on the grid in Melbourne in 2015 if we all pull together.”

“The test was part of Max’s preparation for his F1 debut. ‘The car has carbon brakes, similar to an F1 car so today I had the chance to get used to them.'”

“When you race with the big boys and you get ahead of them, it gives you that extra bit of a high, doesn’t it?”

What will Alonso do? (MotorSport)

“‘Without Fernando Alonso Ferrari would be nowhere…’ said Niki Lauda, and then there was this from Giancarlo Minardi, for whose little team Fernando made his F1 debut back in 2001: ‘If Ferrari lose Alonso, it will be a disaster for the team, and it will last for years…'”

“The FIM, which governs motorcycle racing, showed how it should be done back in the spring when the Ukraine Crisis first began. It immediately cancelled a Superbike race in Moscow but said that the sport would return as soon as the politics were out of the way. It was neat, efficient and little reported.”

Forthcoming new Lego sets include a Ferrari F14 and McLaren pit stop. Thanks to Scott for the tip!

Working hard before Japan, where we will be bringing a new front wing. Go on, we’re feeling generous, check it out… pic.twitter.com/B03PwRf5iv

Vettel says the @SochiAutodrom #F1 track reminds him of @ymcofficial and South Korea. Be still my beating heart. #irony #unfever

@f1fanatic_co_uk I was given a set of home made McLaren pit crew dolls by some Japanese fans once. They're crazy, in the best possible way.

This is the original sheet of telemetry data of Ayrton Senna’s fastest lap in Suzuka 1989 pic.twitter.com/UmXyQfV8up

Has the introduction of DRS affected our appreciation of drivers like Kamui Kobayashi?

If you go back to his first races at Brazil and Abu Dhabi in 2009 the biggest reason he stood out was because he showed good racecraft, He showed an ability to overtake and defend and that carried over in 2010.

Since then with DRS, Nobody really stands out any more because now everybody can easily overtake in the DRS zones.
RogerA

58 comments on ““Nothing being done” to stop teams dropping out”