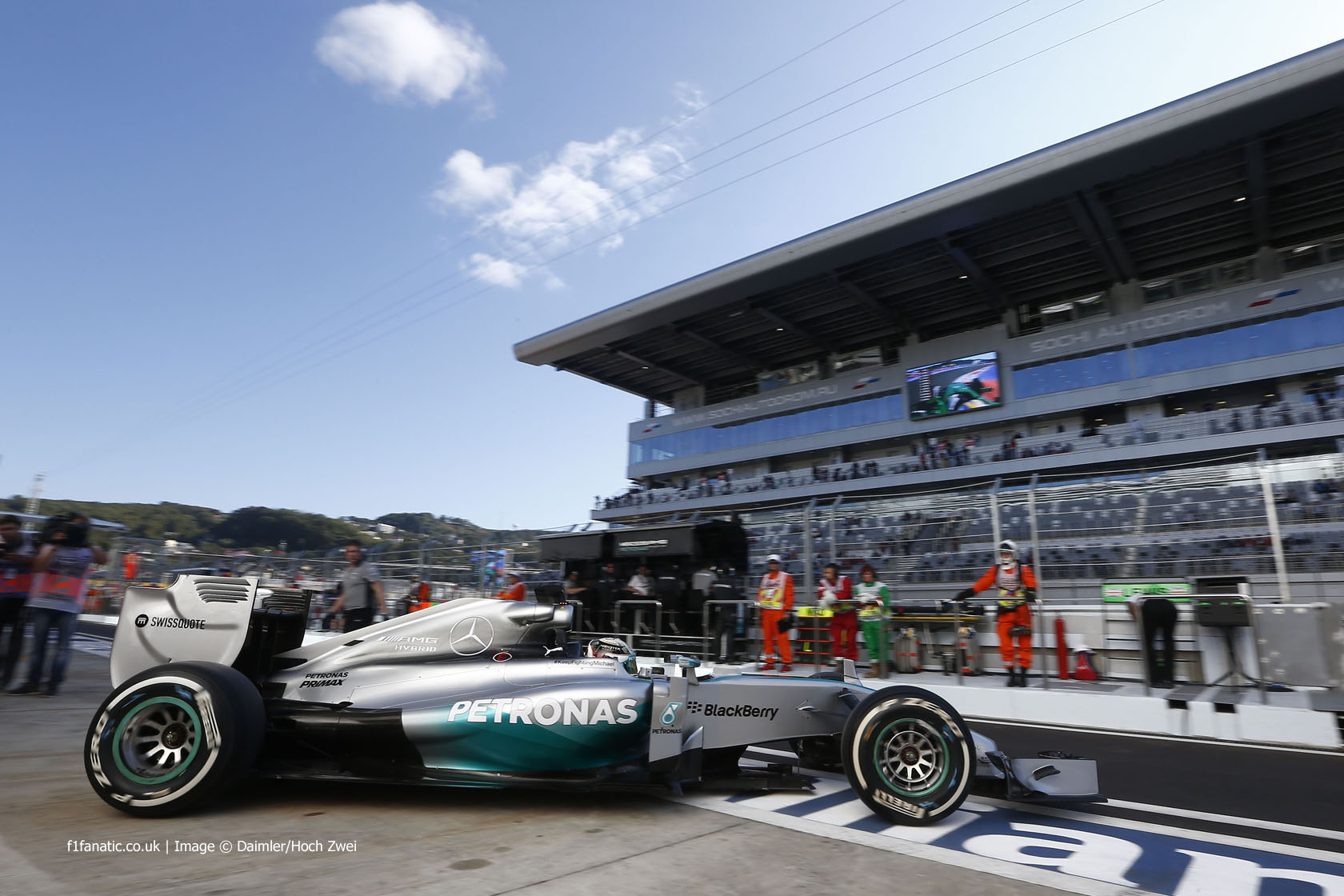 Lewis Hamilton was emphatically fastest in the second practice session at Sochi, lapping eight-tenths of a second quicker than anyone else and the only driver to round the track in less than 100 seconds.

Team mate Nico Rosberg was nine-tenths of a second slower than his team mate and ended the session behind Kevin Magnussen and Fernando Alonso. Rosberg lost time by running wide on his quicker lap.

Valtteri Bottas made up for lost time in his disrupted first practice session by setting the fifth fastest time. With team mate Felipe Massa seventh, six of the top seven places were taken by Mercedes-powered cars.

The track continued to catch drivers out, with many of them taking to the run-off area during the course of the session. The final two corners were a particular cause of trouble.

Daniel Ricciardo suffered a blow when his car came to a stop in the final ten minutes of practice. The session had to be red-flagged so marshals could recover his car, which began to smoke after Ricciardo got out of it. After that the session resumed for the final three minutes.

59 comments on “Hamilton well ahead in second practice”