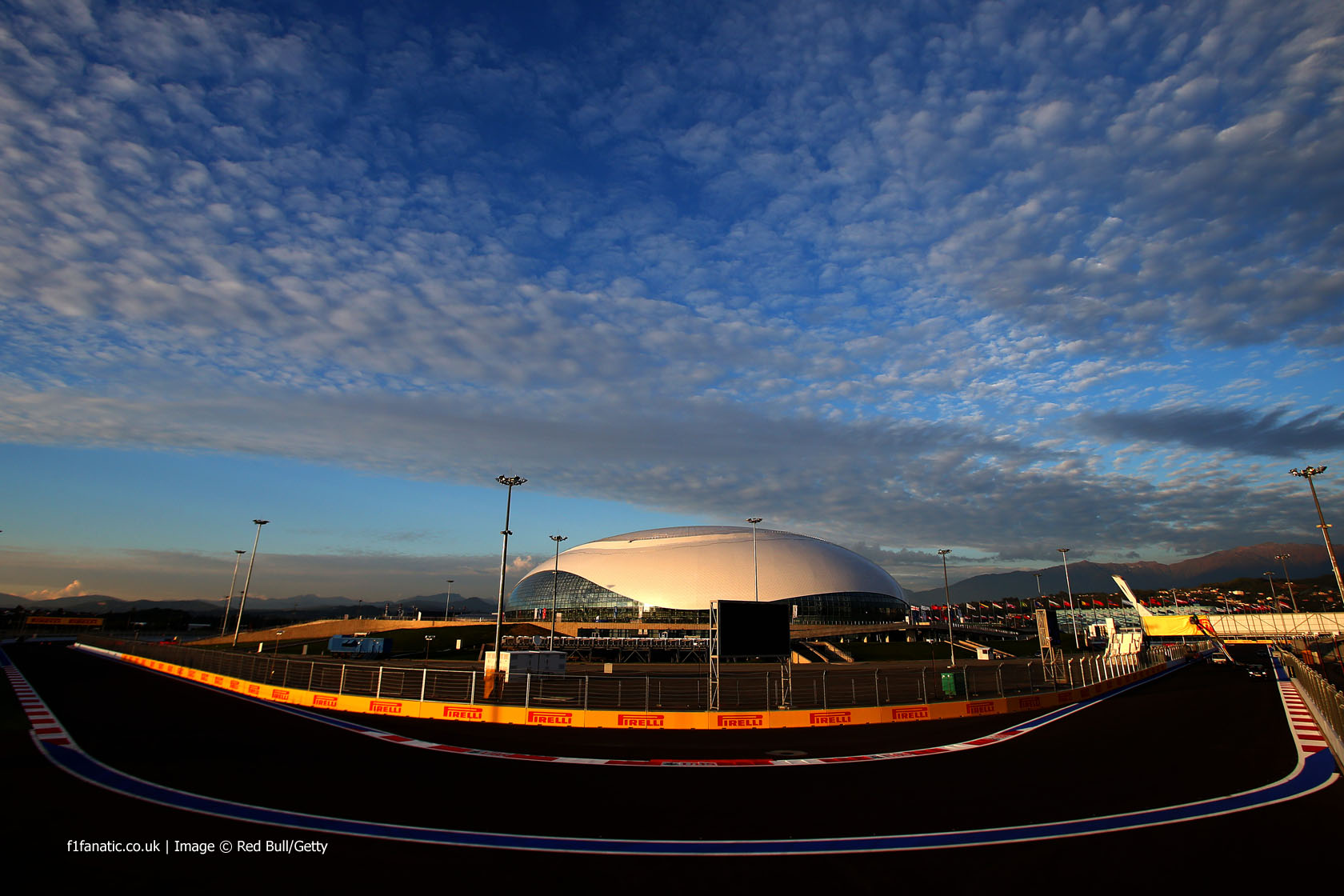 Formula One may be racing at a new circuit this weekend but the same two cars appeared at the top of the times sheets at the end of first practice in Russia.

Nico Rosberg led the usual Mercedes one-two, less than seven hundredths of a second faster than Lewis Hamilton at the end of the first 90 minutes of running at the Sochi Autodrom.

Rosberg was the first driver to complete a timed lap around the circuit, despite a brief off at turn 13. The lap times improved quickly as the track began to clean up.

Jenson Button set the quickest time initially, heading the times when the drivers returned to the pits after the half-hour mark to return their first set of tyres. He ended the session within two-tenths of a second of Rosberg’s time.

Button had a spin later on in the session, as did Caterham test driver Roberto Merhi, but none of the drivers hit the barriers during the first session at Sochi.

Kevin Magnussen struck a bird, however, and had to return to the McLaren pits to have the mess cleaned up. He made it two McLarens in the top five, separated by his team by the Ferrari of Fernando Alonso.

Sergey Sirotkin made his first appearance in an F1 car for Sauber, joining Toro Rosso’s Daniil Kvyat, meaning there were two Russian drivers on the track as their country’s inaugural race weekend began.

The sole Marussia of Max Chilton ended the session at the bottom of the times.

24 comments on “Rosberg edges Hamilton in first session at Sochi”