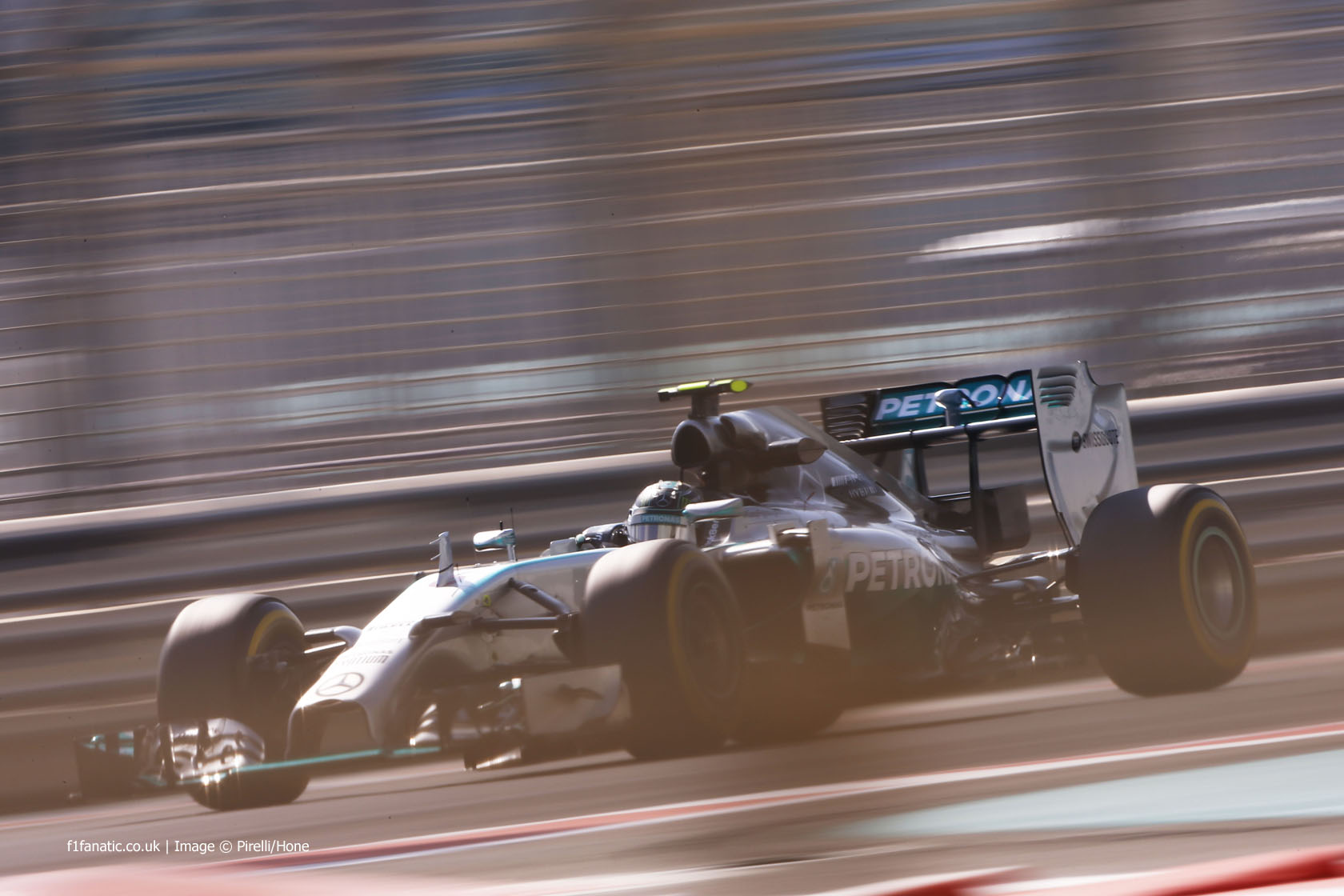 Mercedes continued to lead the way in the final practice session in Abu Dhabi – but for the first time this weekend Nico Rosberg was their quickest driver.

Much of Rosberg’s advantage appeared to come in the final sector of the lap. Lewis Hamilton, who has tended to be strong around that part of the Yas Marina circuit, lost most of the three-tenths gap to his team mate there.

No other car was able to get within a second of Rosberg’s mark. Felipe Massa led the charge for Williams after Valtteri Bottas made a mistake on his first flying lap on super-soft tyres.

Fernando Alonso appeared to be adopting an unusual strategy in response to the time he lost during yesterday’s second practice session. He did just eight laps at the beginning of practice, including one on the super-softs which was good enough for fourth place, before returning to the pits for work to be done on his car ahead of qualifying.

There was very little to separate the cars behind Alonso which included both Red Bulls, Jenson Button, Botttas and Daniil Kvyat covered by 0.15 seconds. The second Ferrari of Kimi Raikkonen completed the top ten.

Newcomer Will Stevens ended practice at the bottom of the times sheets but within a second of Caterham team mate Kamui Kobayashi.

11 comments on “Rosberg pegs Hamilton back as practice ends”