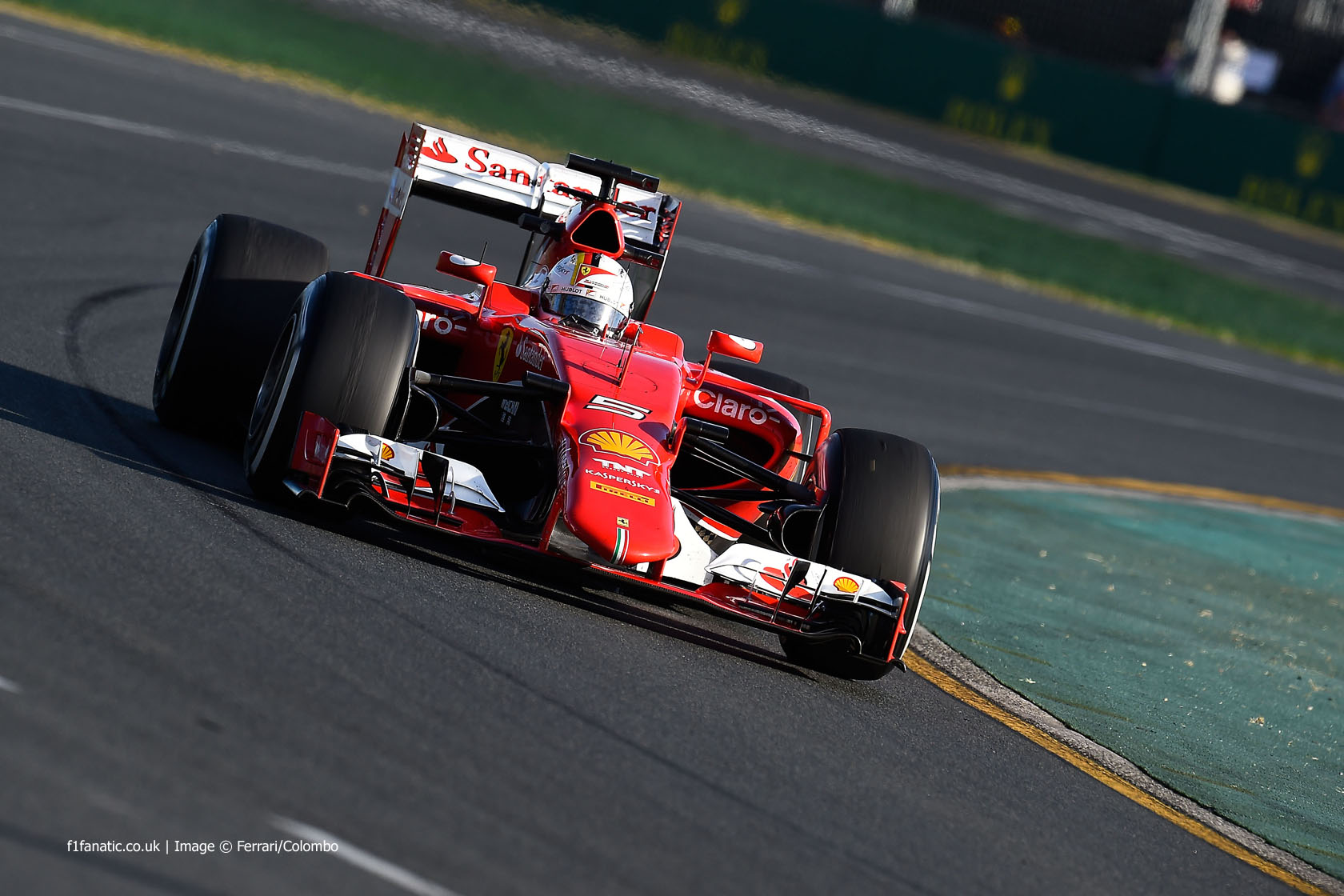 The ominous news for Mercedes’ rivals at the end of the first day of official practice for the 2015 season is that they appear to be further ahead than they were 12 months ago.

And for all that, pace-setter Nico Rosberg referred to how he still had to “nail the set-up” for this weekend and Lewis Hamilton, who was a tenth of a second slower, confessed to being “not 100% comfortable with the car”.

Perhaps the greatest surprise was that none of Mercedes’ customer teams had a particularly strong day. Williams are likely to be more competitive than they appear: Felipe Massa was unable to do a soft-tyre run as a water leak kept him out of Q2, so we have only Valterri Bottas’s lap to go on, and he believes there is quite a bit more pace to find over a single lap.

Similarly Nico Hulkenberg was dissatisfied with Force India’s single-lap performance. Lotus, meanwhile, had problems with Grosjean’s car in the first session and Maldonado’s in the second. However Ferrari’s progress continues to give Sebastian Vettel cause for cheer. The car is visibly more compliant, notably in the high-speed turns 11 and 12, and it looked good on its long runs too.

But it’s the reliability which Vettel is especially pleased by. “I can’t think of such a trouble-free Friday session in a long time,” he said in a pointed reference to his former team.

Daniel Ricciardo experienced exactly the kind of frustrating day Vettel had several of last year, completing just nine laps in front of his home crowd. He sat out second practice after analysis of his car’s lubricants indicated his a potential engine problem.

That left it to Toro Rosso to lead the way for Red Bull, notably Carlos Sainz Jnr who having never visited Australia before is well on his way to completing two races distances before Sunday. The STR10 looks much better – in both senses – since its aerodynamic upgrade at the end of testing. Max Verstappen, however, missed much of the second session with a battery problem.

None of this bodes well for McLaren, however, who are at risk of being eliminated in the first round of qualifying even given that the two Manor cars are unlikely to make the cut even if they are completed in time.

Saturday is still forecast to bring much warmer conditions for qualifying, followed by evening rain which could drastically alter the circuit’s grip characteristics ahead of the race. Expect to see the gaps close up in the battle to be ‘best of the rest’ behind the Mercedes as we get our first look at just how far ahead they are – and what gains Ferrari might have made.