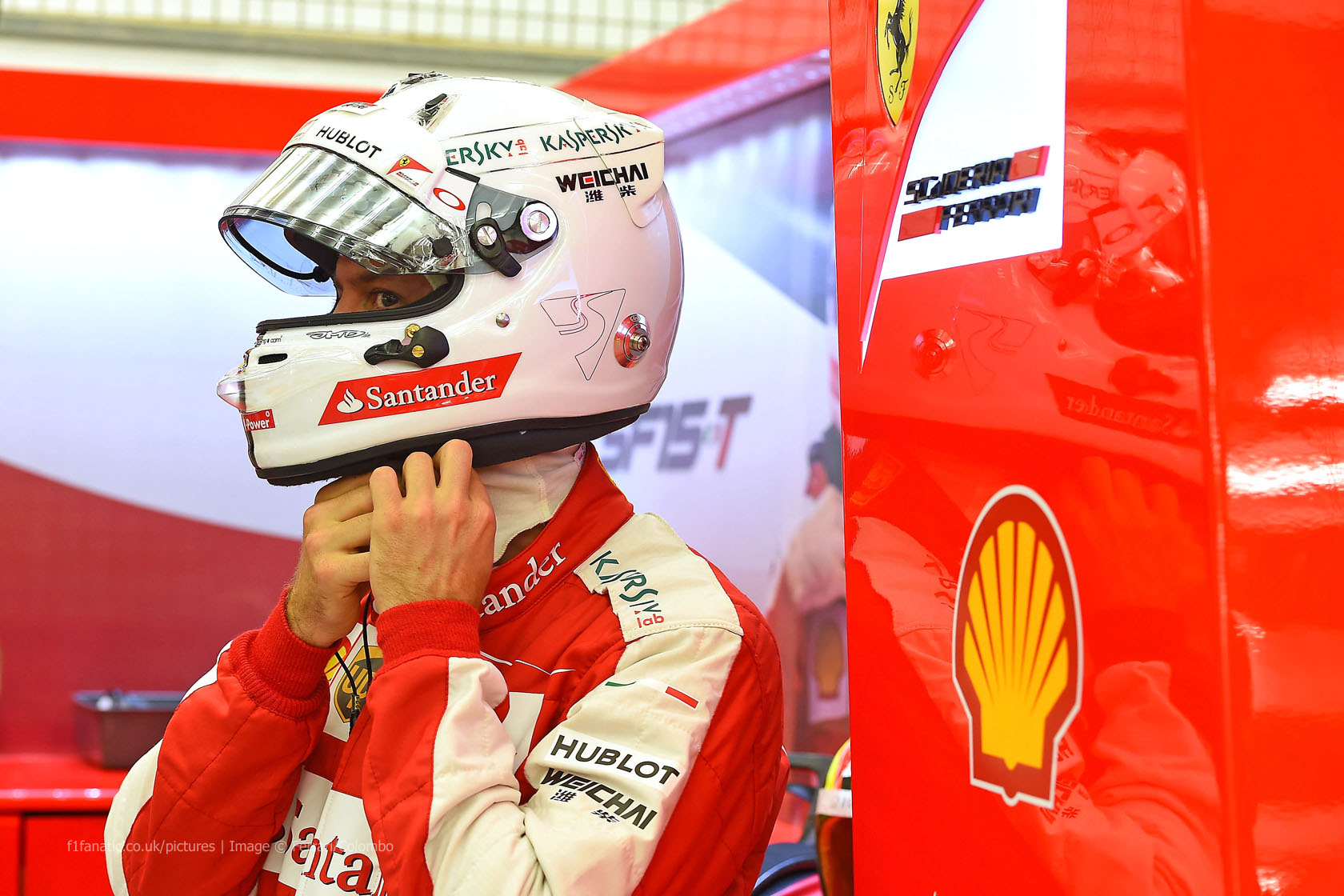 In the round-up: Sebastian Vettel says it’s possible that Ferrari could beat Mercedes to the chequered flag in today’s Bahrain Grand Prix.

Vettel says victory in the Bahrain GP is possible (Sky)

"It’s always possible. I think it’s most important that we feel good inside the car and then we have a good platform to work from. Obviously now overnight we try and improve and go from there."

"Kimi knows, now it's early to talk about this at the moment. I'm happy about the performance of Kimi but he needs to push and he knows that."

Valtteri Bottas Q&A: We will try everything to beat Ferrari (Formula1.com)

"What has been really good this weekend so far is that we’ve got the option tyres to work better in qualifying and in the long runs, so I think that we will be able to run the same strategy as the cars in front and that should hopefully bring us closer. Then let’s see if the pace is enough tomorrow to fight with them."

"This weekend has been a nice surprise so far and the car felt better again today. We’ve made a step forward, performance-wise. Everything appears to be going in the right direction."

"Ferrari team principal Maurizio Arrivabene talks to BBC F1 chief analyst Eddie Jordan about how he has turned the Maranello teams fortunes around this season."

"When I started, Formula 1 felt much more special. Now a Formula 1 car is like a big Formula 3 car, and only a few seconds faster than GP2."

Come on….Lets do this…Come on Eric. Oh, didn't see you there, I'm just psyching myself up for qualifying.

That wasn't the plan. I'm going to have to sit this one out.

Vettel has clearly had the upper hand over Raikkonen so far, but Raikkonen has been close. He’s had a lot of bad luck in the first two races, and some errors in qualifying, but when things go cleanly he’s right up there with Vettel. Given that Vettel is one of the best drivers in the sport, it’s clear that Raikkonen is still performing at a very high level – now that he’s got the car to suit him.

Vettel is definitely the better qualifier (Vettel has always been great in qualifying), but throughout Kimi’s career qualifying has never been his speciality – his real speciality is race pace. He doesn’t have 40 fastest laps (3rd in the all-time list) and the joint-record for most fastest laps in a season (10 in 2005 and 2008, shared with Schumacher in 2004) for nothing, and his long-runs in practice have been very strong, in fact it’s not exactly uncommon to see them ahead of Vettel’s. Kimi is also very good at tyre conservation (though Vettel has always been very good at this as well, excluding his struggles in 2014). I would definitely agree that Vettel is a stronger overall driver than Kimi, but Kimi is no slouch and I can see him staying with Ferrari next year.
@polo

Jackie Stewart won the second round of the 1970 championship on this day 45 years ago at Jarama. Only five of the six points places were filled by classified drivers when the flag fell.

Among those who failed to finish were Jacky Icky and Jackie Oliver who were fortunate to survive this horrifying accident caused by a fault on Oliver’s car: