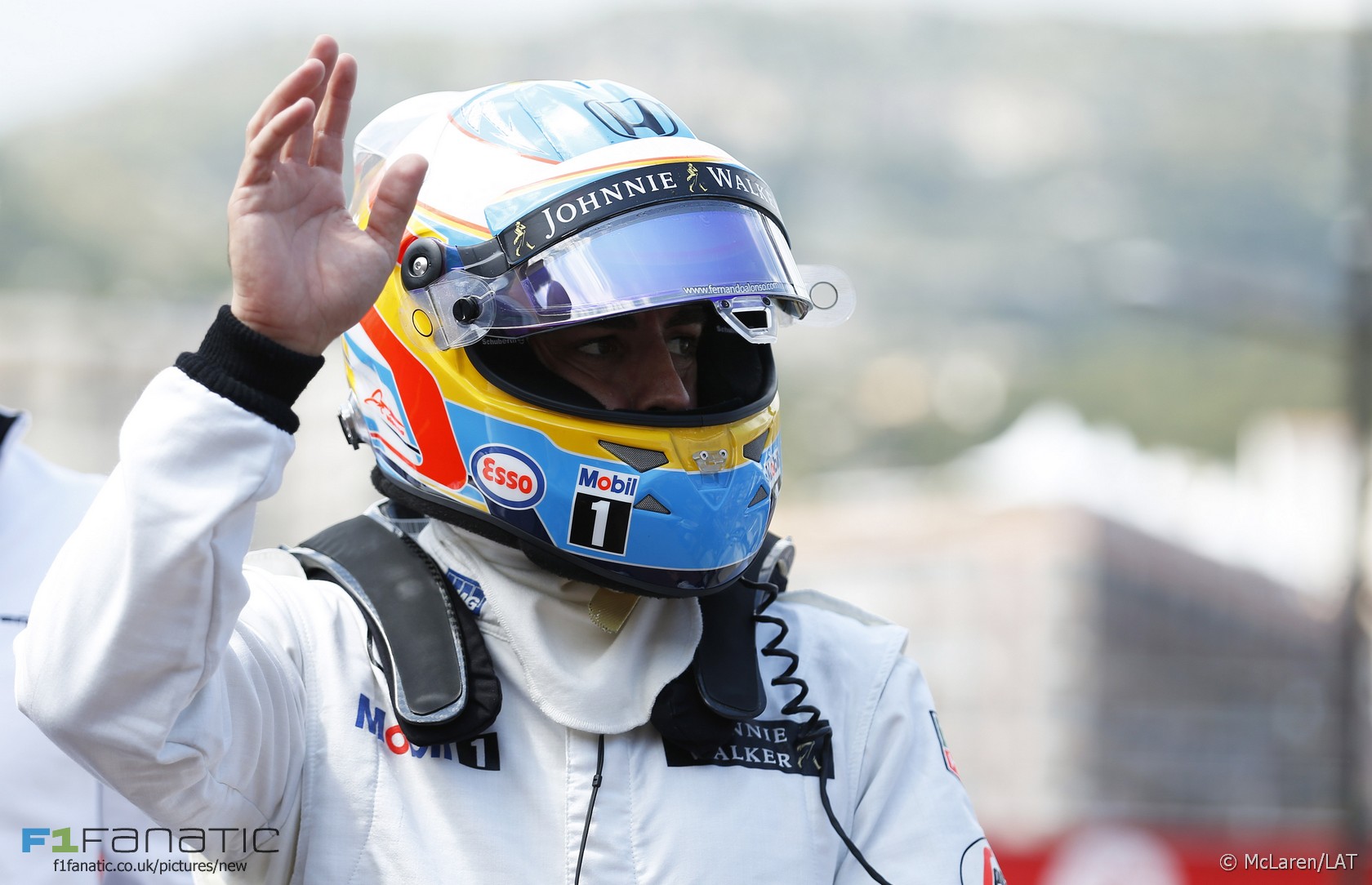 In the round-up: Flavio Briatore says McLaren is a better team for his former driver Fernando Alonso to be in than Ferrari was.

"Between Ferrari and Mercedes it is the same distance. The problem is three or four teams are not there any more. With Honda and McLaren, we have a better future."

"What are the essential qualities of an F1 driver? FA: You need to be a bit of an actor - sometimes. There will always be situations that come up where you have to be a bit of a fake.So you definitely need some acting qualities to make your day. You also need a good quantity of selfishness - not arrogance, but something to get you the respect of your surroundings."

Four men have been arrested in connection with the theft of trophies from the Red Bull F1 team's headquarters.

"A 60N point load will be applied to any part of the trailing edge of any front wing flap."

"I was as surprised as everyone else to see the final pit stop that decided the outcome of the race."

"We've now got to evaluate what happens in Montreal, whether we take a penalty there or not."

"Pieces include drawings from Picasso, Matisse, etc., various experience items and framed signatures from the Moon-landing Apollo 11 team, Wimblendon Legends, Jimi Hendrix, Elvis Presley, the members of the Beatles, Senna, Mansell, Prost and Piquet; James Hunt, Michael Schumacher, a short signed by both Muhammad Ali and Joe Frazier, shoes by Lionel Messi and Christiano Ronaldo and one of the centrepiece, a signed helmet visor by Senna and Damon Hill at the 11th March, 1994 F1 test at Imola - among many others."

Just came back from the physio.. Everything back in place and ready to go again. Canada will be great for some overtaking again. 😎😎👌🏻 #F1

Is Massa’s criticism of Verstappen fair?

Massa was in an identical position as Max during the Canadian Grand Prix last year. He was attacking a slower driver and was about to dive down on the inside to make the move stick. There was a train of cars just ahead all following each other very closely in damp conditions. Perez had to take slight evasive action to avoid hitting the car in front and Massa, lacking situational awareness, ran into the back of Perez.

It was the same level of ‘dangerous’ driving that he is accusing Verstappen of now. Massa needs a reality check.
@Todfod

Besides being hopelessly off the pace, Taki Inoue developed a reputation for being involved in unfortunate incidents during his brief F1 career. One such drama happened on this day 20 years ago, when Inoue was being towed back to the pits at Monaco. Jean Ragnotti, driving a course car at considerable speed, smashed into Inoue’s Arrows causing substantial damage.

Fortunately Inoue was unharmed, but it was not the last bizarre incident he was to be involved in during the 1995 season: